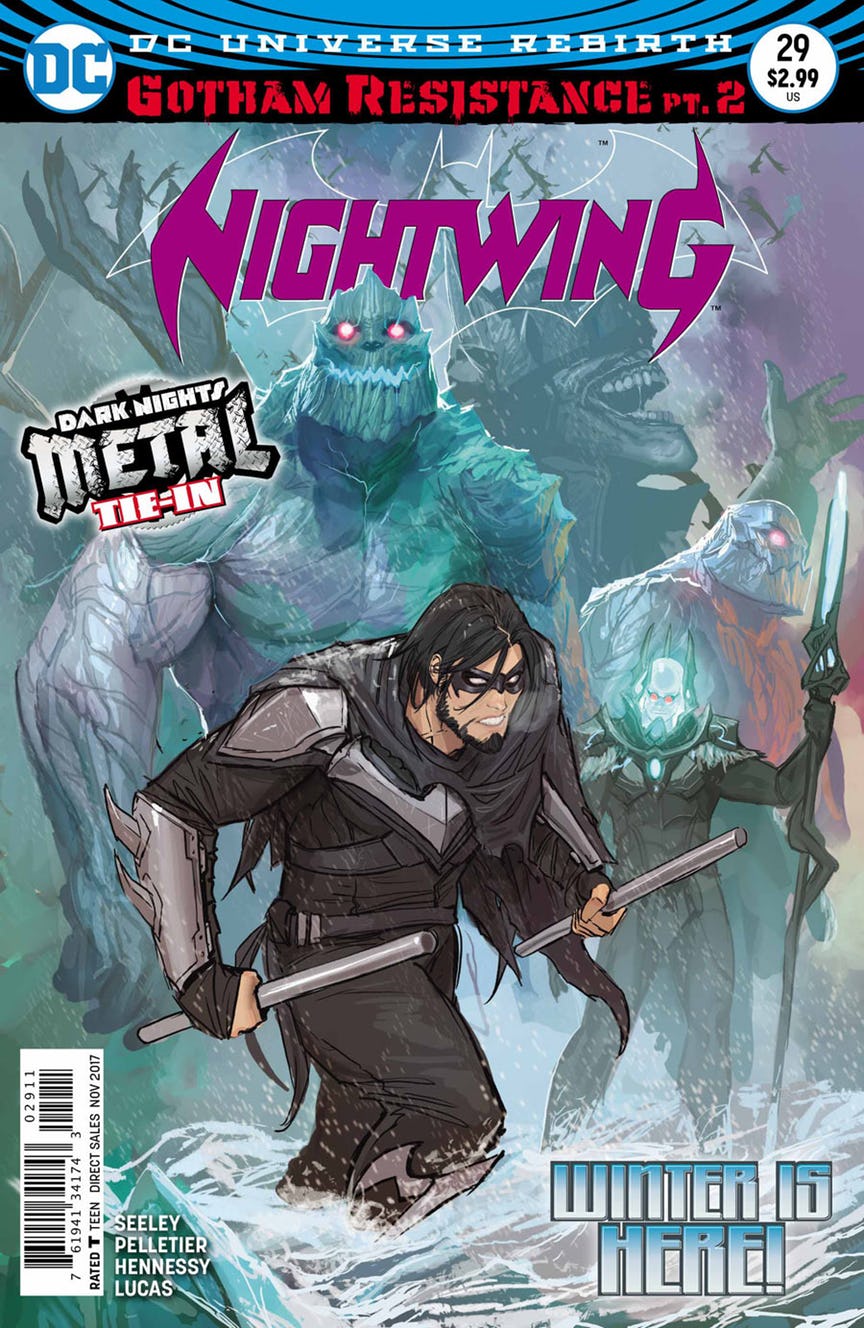 I had mentioned somewhere that Dark Nights: Metal reads like they placed Batman in the middle of an epic-fantasy tale. No time did it feel more, than in this issue. There were frost giants and fantasy genre inspired clothing. Dick is on a quest that calls back to past Nightwing stories, including the Court of Owls. I’m going to miss Tim Seeley when he’s gone, the man gets Nightwing, and clearly respects and loves the lore that’s been built around Grayson. Even the brotherly bond between Dick and Damian, is highlighted in this issue. For a tie-in comic, it’s surprising to see how many things culminate into this single story.

Doctor Hurt comes into play, and him spinning out of the Dark Multiverse would make a lot of sense considering his connection to Barbatos. He created an evil Nightwing, and his knife gives visions of failures that Elseworld Dick Graysons have suffered. Even if for some reason Seeley wasn’t planning ahead with Scott Snyder for Dark Nights, it all ties in so well. But, no doubt they worked this out ahead of time and it’s brilliant. I do wonder how much of this will continue to the next part of Gotham Resistance, which will take place in a Suicide Squad issue. 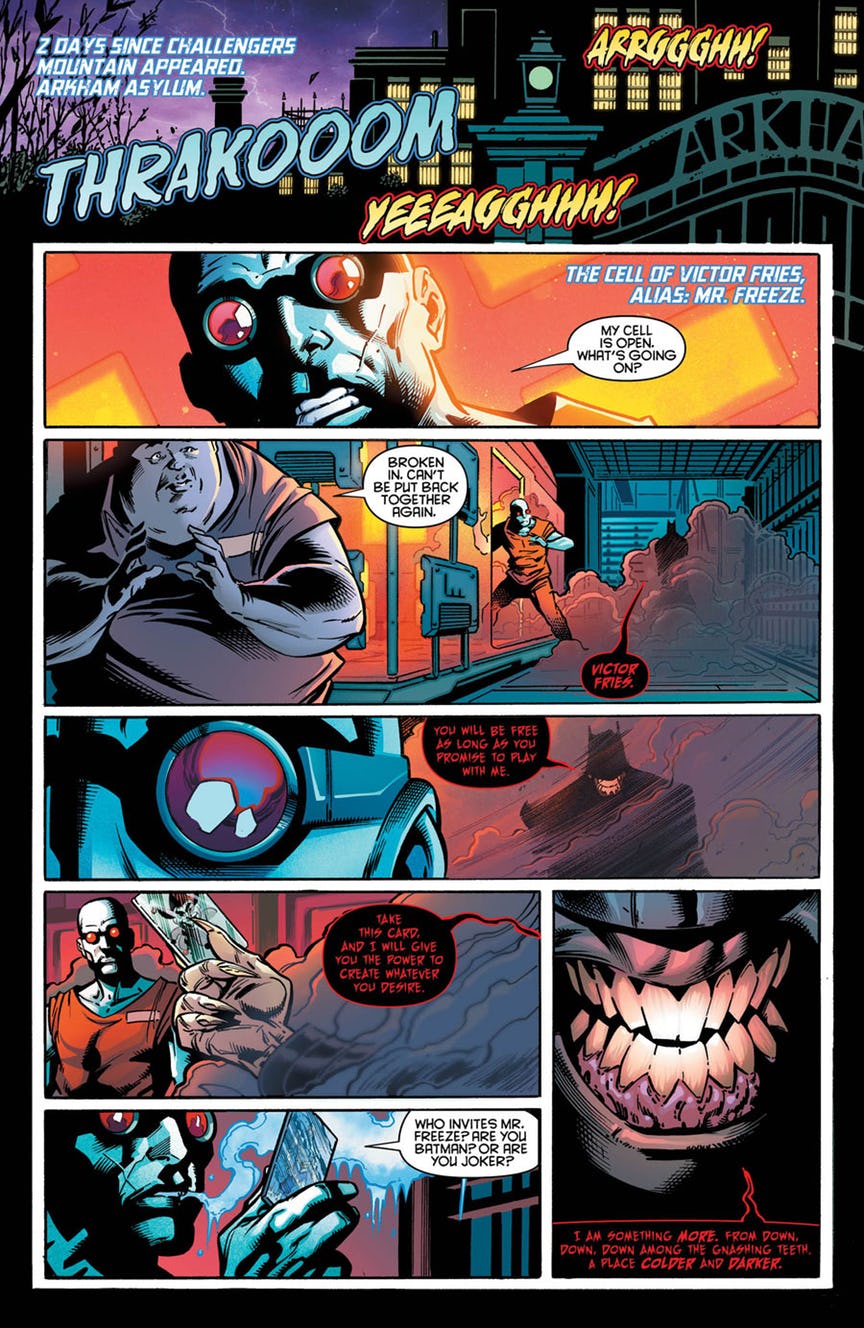 The artwork was great. A lot of new costumes, including Mr. Freeze’s new look, which could stay for good and I wouldn’t complain. With the frost giants by his side, he did look like something ripped from a Thor comic book. Great action sequences throughout, and just a fun issue to read thanks to the art team.

Much like the main Metal series, there’s a lot of canon being thrown at readers, but it’s never overwhelming. The story flows nicely as Nightwing tracks down the metal that he’s been connected to since the Court of Owls and takes down Freeze, alongside Damian Wayne and the others. Mysteries unfold and hint at something bigger, and the Dark Robin beings to make his move. The Dark Multiverse beings seem so powerful compared to the Earth Prime counterparts. It’s a wonder how they will win. If there’s one complaint it’s that it might be too dense for some. Or will the connections only be referenced a few more times and never brought up again? Either way, this was a very satisfying issue for everyone following along.