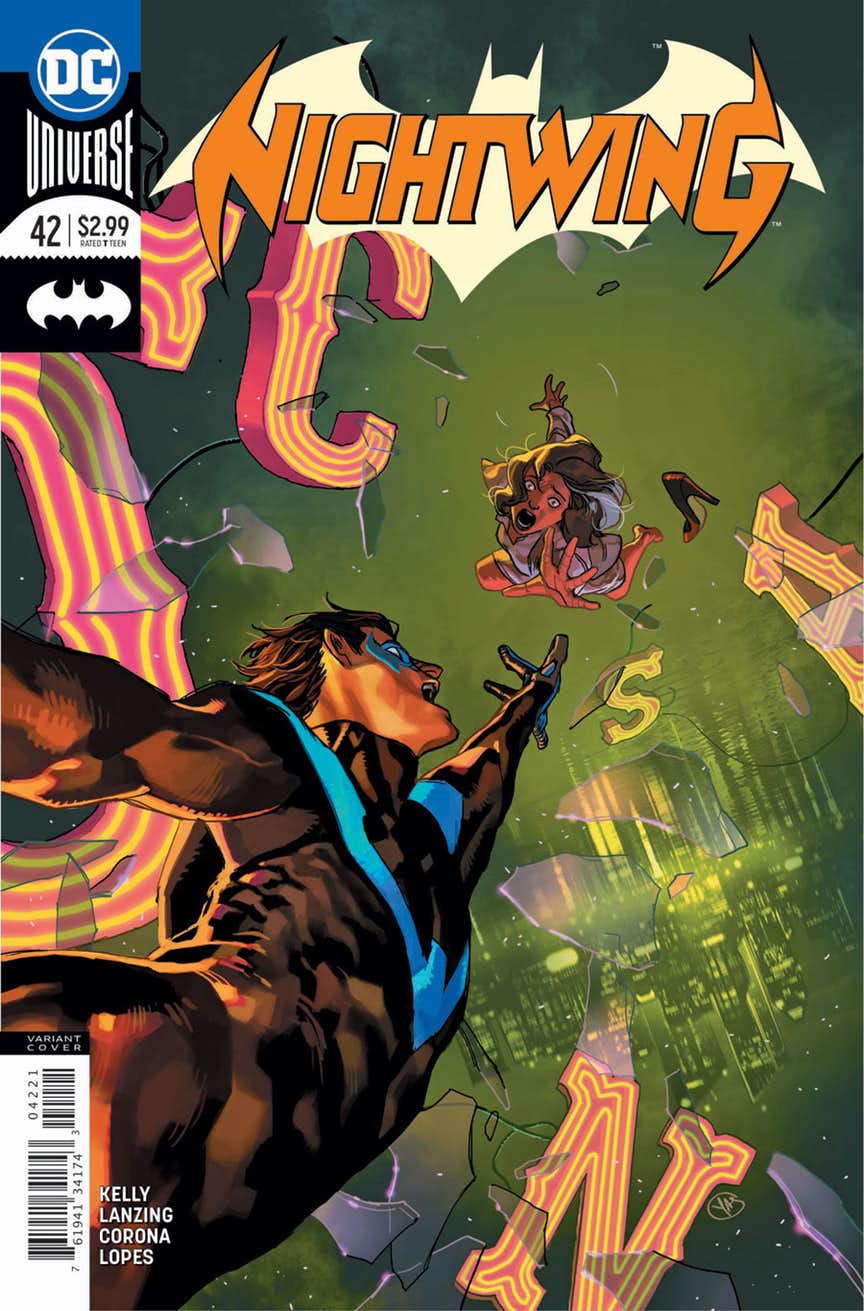 Robin has been captured in Tokyo by the Crimson Kabuki and Nightwing fights to free him from their grasp.

Let me tell you a story about fill-in issues for a series called Grayson that were never used but have now been reborn! Right before the big Rebirth relaunch that saw the return of Dick to his Nightwing persona, Jackson Lanzing and Collin Kelly took over Grayson for three issues. If these upcoming issues were a part of that, I’m so glad they are finally being released because this issue it was like the Nightwing cartoon I’ve always wanted.

I’ll be honest, the Enter the Dragon storyline homage will never get old. Who doesn’t love watching a hero work his way up to a boss fight? This really highlighted something that I feel has been underplayed since the New 52 reboot, Nightwing’s fighting ability. Sure, he’s known as an amazing fighter in the current line of comics, but the days of him being recognized as one of the best on the planet are long gone. But this issue helped recapture that again. The Damian Wayne narration was great as well. My new head-canon is that Robin always narrates every adventure that way in his head, he just acts like a jerk when he talks. I’m a big fan of the quiet respect Damian has always shown Grayson, even back in Grant Morrison’s run. He’ll trash talk Nightwing to his face but he always lets slip how much he truly thinks of his brother. Their brotherly relationship is fantastic.

I really dig Jorge Corona’s style in this issue. It reminded me of the Teen Titans cartoon where they head to Tokyo, where Robin wears a sweet jacket as a disguise. I did feel that things got way too cluttered at times. I get what they were going for, but those chapter titles broke the flow of the issue ever time. Also, there were layers on top of layers in every panel. Kudos to Corona for doing all that great work, but it was a lot to take in.

This issue was a breath of fresh air following the past forty-one ultra serious issues. It does have me wondering what a full-blown run by Jackson Lanzing and Collin Kelly would look like, though I am excited to see what Benjamin Percy will bring to the character. His Teen Titans series was fun and his Green Arrow has been excellent, so Nightwing is in good hands. Still, one of the most enjoyable filler issues I’ve read. It didn’t take itself too seriously and kept you entertained from the first page to the last.

If a Nightwing animated series existed, then this story would make a great episode. The ending is proof that this wasn’t meant to take itself too seriously and was just to have fun with the character. I really liked it and I wouldn’t be against reading more from this creative team.