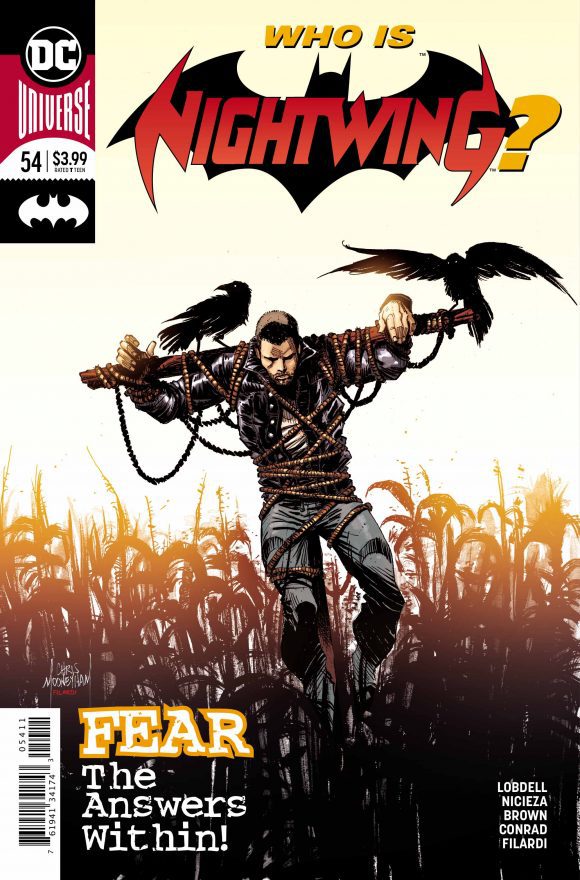 Written by: Scott Lobdell and Fabian Nicieza
Art by: Garry Brown and Will Conrad
Colors by: Nick Filardi
Letters by: Andworld Design

Much like the other issues of Nightwing staring Ric Grayson, Nightwing #54 was weird. Initially, it had the makings of a miserable issue. We’re talking so bad that it might be time to call this Ric Grayson trial a complete failure—which some hardcore Nightwing fans have probably been thinking for a bit now.

Ric’s incessant whining about Dick Grayson has gotten a bit unbearable. Again, I recognize he’s suffered significant trauma, but his disdain for Bruce Wayne and Barbra Gordon for staying by his side in his recovery is nauseating. He’s bent out of shape because they were trying to help Dick, not Ric. Seriously, get over yourself.

The start to Nightwing #54 was even more frustrating because Nightwing #53 gave the impression Ric and Dick were starting to become one again.

But as Nightwing #54 unraveled, we start to see the real Nightwing is still in there, and Scarecrow helps us realize that. At the same time Scott Lobdell and Fabian Nicieza to further tangled that web between Nightwing and Scarecrow.

Scarecrow finds Ric endearing and fascinating for the same reasons he hates Robin/Nightwing/Dick Grayson: he’s not afraid of fear. That earns Ric a clean bill of health and Jonathan Crane’s admiration. I feel like that says a lot about his hatred for Nightwing/Dick Grayson. He’s probably jealous of Nightwing’s confidence, but find Ric so stunned because Crane feels he helped Ric reach this point. When, in fact, that’s just part of Ric’s core.

This relationship also introduced us to Crane’s Nightwing doll, which isn’t creepy at all.

Crane is coming for Nightwing, who is now Alphonse Sapienza, along with Malcolm Hutch, as well as Zak and Colleen Edwards. He’s going to find out real quick these imitators are not related to the real Nightwing in any way. That won’t sit well and will absolutely for Ric’s hand. 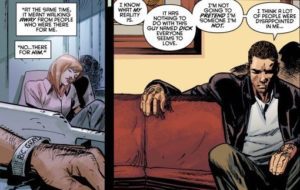 Ric will become something more, soon. What exactly that is, is too hard to tell right now. But he won’t stand on the sidelines while people are in danger because of him (or that loser Dick).