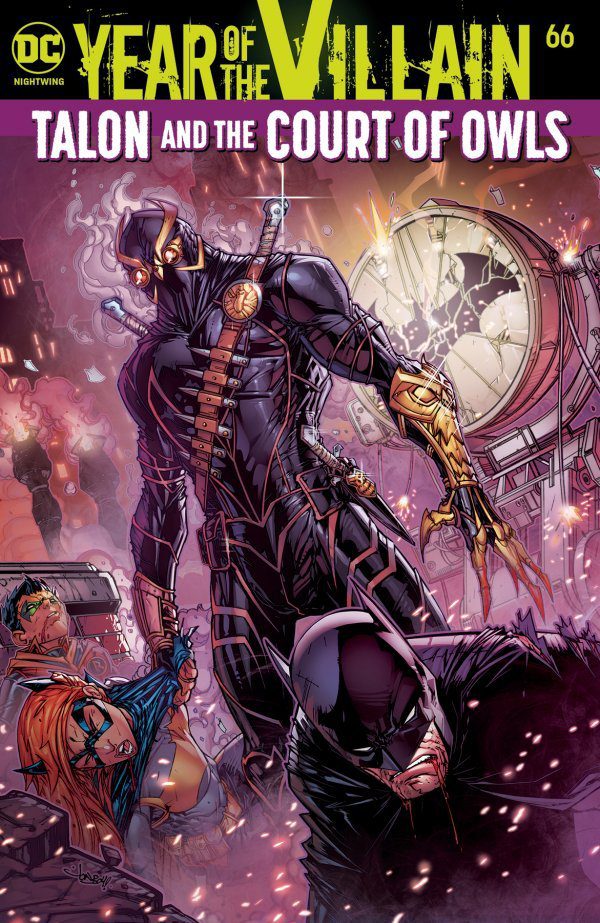 (WARNING: Spoilers for Nightwing #66 ahead)

As painful as the Ric Grayson era has been, powering through that period is starting to pay off.

In Nightwing Annual #2, we learned the Court of Owls was responsible for Ric’s memory loss. He doesn’t have real amnesia, his memories as Robin are suppressed. Of course, the Court has been going at this forever, but they didn’t have a real chance at winning Ric over until he was shot in the head.

Now, one thing we’ve noticed from Ric is the further we get away from his injury, the more he acts like his old self. He cares about helping others and can’t help but continue to fight crime. He’s not the same person he was before, but he’s not much different.

Clearly, at the end of Nightwing #66, we see Rich is ready to take on his first job as a Talon. I’m convinced he’s gone. He is now a weapon for the Court of Owls. Batman and company will have to step in to save him. No pleading from the Nightwings or Beatrice can stop Ric now.

The only reason any of this is possible is the groundwork put in to establish Ric by Dan Jurgens and those before him. Again, if this was regular old Dick Grayson, I would think he’s playing the Court instead of being putty in their hands like he is now.