Nintendo Should Retire the Virtual Console (in Lieu of Something Better)

The Nintendo Switch has had a fantastic launch. So much so that Nintendo’s president, Tatsumi Kimishima, believes they may have another Wii on their hands. In many ways, he is correct. The Switch feels exactly like that, sometimes to a fault. With the wounds of the Wii U still fresh, it may be best for the Switch to separate itself from its predecessor and its affiliated features, starting by putting an end to the long-running Virtual Console.

Don’t get me wrong: having the ability to play classic titles on modern consoles is a great feature that would be foolish to abandon. However, thanks to Nintendo’s poor handling of license transfers between systems and inconsistent updates to the program, the Virtual Console name carries the baggage of thousands of frustrated consumers, myself included.

Starting with the hassle of transferring titles to the Wii U from the Wii, which involved keeping both systems hooked into my television and finding an SD Card to swap between the two consoles, it quickly became apparent how little groundwork Nintendo had laid with the brand. I was baffled that a company who touted the backwards compatibility of their device had not thought of a more intuitive way for me to keep my digital titles. But it wasn’t until I was faced with the option to “upgrade (read: use the Gamepad’s screen)” for an additional fee that I started to second guess my future investments in the VC program. When my 3DS asked me if I would like to purchase Super Mario Bros. 3 at full price, despite having bought it on the Wii and the “upgrade” on the Wii U, it was the last straw. How is it that Nintendo had no way to detect my VC, all of which are linked to one Nintendo account? Did they not see the value in allowing me to take my game anywhere across the company’s ecosystem? 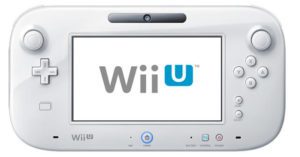 Want to spend an extra few bucks to play an old game on a smaller screen with limited portability?

It was at that point that I took a stand against the Virtual Console, resorting to other means to play classic games. With the availability to play many, if not all, of the program’s titles at no cost (via ways the GWW and I do not condone), there has been little reason to return to the Wii U or 3DS for my retro gaming fix. As time passed, news of Virtual Console releases shrunk. As of the time of writing, the Wii U’s VC offerings have slowed to a crawl, possibly to an end. Though I don’t have the statistics to say definitively one way or the other, I believe I’m not alone when I say “good riddance.”

And yet the Switch has the power to change that. With its beautiful display and true mobility, Nintendo has positioned its product as a second chance to win back fed up consumers like myself, provided they resolve the issues that have plagued the program on every one of its supported platforms. What was once a gold mine of must-play games from the past has become a burden to support from both the perspective of the distributor and the consumer.

Given the little information we know about official retro play on the Switch, Nintendo seems reluctant to simply copy-and-paste the same ol’ program onto its newest baby and rightfully so. The notorious success of the NES Classic has shown Nintendo that public interest in older titles is still very much alive. Additionally, they may have stumbled upon an exceptional replacement to the Virtual Console in the Classic brand. By integrating the Classic name into the Switch itself, Nintendo could communicate both a return and revamp of the core ideas behind modern-retro gaming with the inclusion of new features such as their much-mentioned online-play integration, amongst other social features. The big N could even squeeze out a few sales with the announcement of special-themed Switches based on classic console designs.

As E3 approaches, we are likely to hear rumblings about what Nintendo may or may not have up its sleeve, regardless of their notorious secrecy. I continue to hold onto hope that we may hear more details on their inevitable retro-gaming solution. Though it remains to be seen exactly what they have planned for the Switch, I stand by the old business sentiment “You have to kill your audience to grow it.” The Virtual Console has been M.I.A. for months. If there’s a right time to bring back the feature in a big way, it’s now.