Occupation is a sci-fi thriller set in a small town in Australia. At the very beginning of film, you hear in the background a speech. A speech about how it may take an invasion of something alien, or aliens to bring the people together. Because war in itself is alien to us. It definitely ties in to the larger message of this movie as a whole. The small town is gathered at a football game when it goes dark. Then fire starts falling from the sky. A fleet of spaceship ships have land and start killing and capturing the people one by one. A small group of misfit people band together to safety just to realize they have to fight back to ever have a chance at life on this planet. The aliens that have been watching Earth for centuries have come to seize control. Making slaves of some and wiping out others. 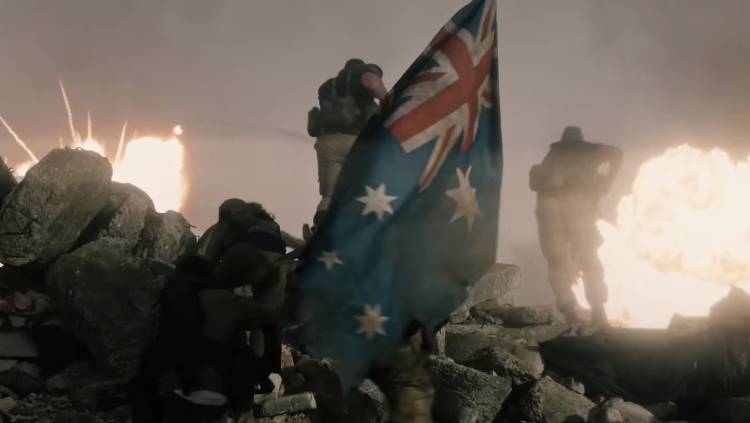 There are a few things I actually really enjoyed about Occupation. The speech in the beginning clearly wants to spread a larger message. Not just humans fighting aliens to save the earth, but the fact that if they fight each other in the process and start losing their humanity there’s just no point. The invaders see that weakness. They’ve studied them for hundreds of years. The film, in my opinion, conveyed that. The effects. Yes, while some find them quite cheesy and dated I respect practical effects. CGI can be way overdone and also the easier option at times. There were so many effects that could’ve been done by CG, but I loved that they weren’t. The fire coming from the ships, some of the lighting. The aliens themselves. Those are what they looked like in films when I was growing up and I absolutely had fun seeing that. They weren’t a clearly CG creature. That was super refreshing.

There’s also things the movie could’ve very done without. It could’ve been a 90-minute film instead of 2 hours. I think it would’ve been 100% of a better movie. Too many slow-paced scenes it could’ve done without. Yes, a thriller doesn’t need to be all action scenes. That’s clique and actually boring. However, there were several scenes that could’ve been edited or even cut. I still would’ve understood the characters, the plot, and the message. Even the person watching with me said she zoned out a couple of times, the last 20 minutes was the best part of the movie and it was like she didn’t miss anything.

Occupation is actually a lot like AMC’s The Walking Dead only with aliens taking over. Not completely of course. It just had a lot of similarities during the times the film was dragging out and it showed the original group fighting and helping other survivors set up communities. However, they’re fighting intelligent life forms. The end, I won’t give it away but I enjoyed how they wrapped it up. All in all, it’s no time a bad watch if you’re into sci-fi and apocalyptic movies. Also if you like the classics like me, the nostalgia factor is worth it.