There are times where Legends of Tomorrow provides us lukewarm episodes that feel disjointed and don’t properly take advantage of the incredible premise filled with limitless options, great cast, and their incredible chemistry. This is NOT one of those episodes, when the Legends group is on, they are on, and this episode is ON. Everyone came to work ready to execute and the fans get to reap the benefits. We have there parallel stories running with subgroups of our team and all of them hit every one of their marks. When you take a great premise, three excellent subplot stories, smart writing, and excellent actors with incredible chemistry all performing at their best, you get one of the best Legends of Tomorrow episodes ever! 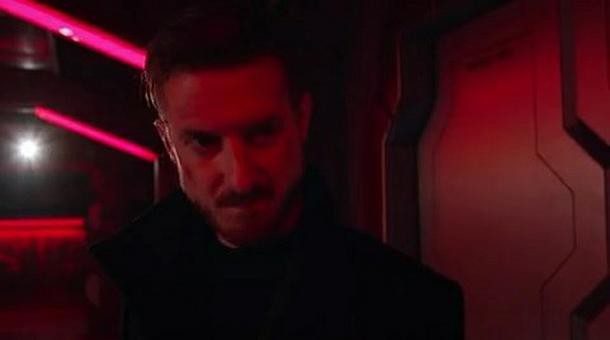 One of my favorite parts of this episode was the dichotomy of Rip Hunter personas that Arthur Darvill gives us. I feel like after seeing his ‘evil Rip’ operating that Darvill could be a prime candidate for a future Bond, the next direction for the James Bond films should be to have a team, also Lantern Corps style, that could maybe be comprised of Darvill, Idris Elba, Tom Hiddleston, and at least one female Bond, I have this whole vision in my head, anyhow that’s a story for another article. When Legion of Doom Rip starts his random word override code of the ship with his ‘Spaniel, Broad, Tricycle’ I half expected him to ask for Mission Report, December 16, 1991.

After evil Rip prowls around the ship, with the lighting and the look on his face giving me a very strong Xenomorph from Aliens vibe and then gets knocked out, Mick tells them about the memory sharing technique he witnessed as his time as Kronos. The Legends can into Rip’s subconscious, the cure his need to be evil. Inside Rip’s mind, which provides a very strong resemblance to The Cell, we see our true Rip, broken, tortured, and distraught, unsure what’s real, but in control of some wicked ‘your mind your rules’ shock wave powers which he uses inadvertently to throw back Sara, then eventually to eliminate the ‘Bizarro Legends of Tomorrow’ left as tormentors in his mind by Thawne, Rip even uses a Hadouken motion for one of his mind blasts which earns ten extra geek points. 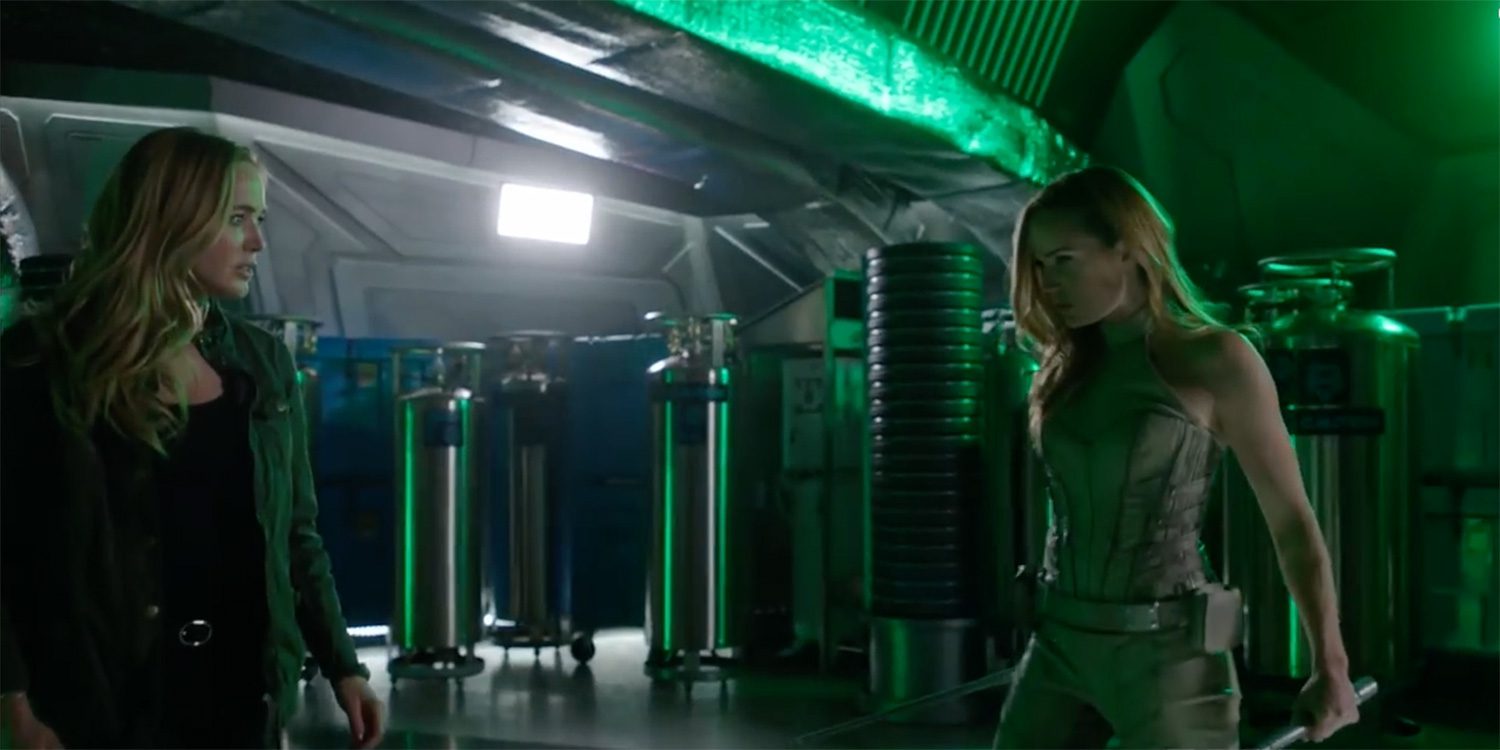 Speaking of inside Rip’s mind, Sara and Jax, who have proven to be an incredible co-captain lately, go into Rip’s mind together to try and learn where the last JSA member and their Spear of Destiny piece are in history. They encounter their bizarro doppelgängers, giving us a great Sara v Sara fight scene. Caity Lotz killing it with the fight choreography as always. Would be a very cool crossover to see her and Agents of SHIELD’s Chloe Bennet trade blows as both of them have delivered incredible fight scenes for their respective shows. Jax also gets to outsmart evil Firestorm throwing him out an air hatch, and encounters Gideon, in a human form no less, no shocker, Sara thinks she’s hot. Sara, Jax, and Gideon are able to eventually convince Rip of what’s real and save him. Meanwhile, Stein and Mick look over Sara, Jax, and Rip, providing some hilarious scenes with Mick frustrating Stein, but also giving him some thoughtful heartfelt advise about trusting Jax and treating him more as an equal, delivered in his always hilarious brash irreverent fashion.

During the time this is going on, Palmer, Steel, and Vixen venture through the Cretaceous Period, the year that Ray was previously stranded. Aside from our strong Jurassic Park thematic references (excited nerdy scientist, different type of nerd being cynical about the Jurassic surroundings, and the adventurous, powerful woman) we get some good chemistry moments between the group. Steel and Vixen pursue continuing their relationship. Ray explains the danger of their relationship to Steel, due to Vixen actually having significance to the timeline unlike the rest of the team, resulting in the Vixen of our contemporary time line. We also get some Jurassica Park meets Castaway hilarity as we revisit Palmer’s former camp, complete with a T-Rex urine perimeter, iguana hunting, and Getrude, a female T-Rex Ray had previously enraged after stealing one of her eggs to make 70 or so omelets when he was starving, Vixen shows off her super cool powers having a chat with Gertrude, fending off the impending attack, allowing our team to retrieve the part of the ship that was cast into the jungle during their crash.

Lets recap, we get Civil War, Aliens, The Cell, and Jurassic Park homages and I am not even the slightest bit mad at that. We also get Bizarro Justice League evil twins of everyone, except Mick, that’s just regular Mick, and their dialogue direction is basically just ‘hey guys, imagine you characters as big of asses as you can and go’. Palmer, Steel, and Vixen basically gave us a Rom Com (with Ray being the hilarious interruption every time the couple starts to get close) in Dinosaur land. Vixen is also to be forever known as ‘Attractive Dr. Doolittle’. Rip Hadoukened someone with his special Seismic Shockwave powers and I now know exactly how I would use any powers I ever get. Rip also gets to kiss Gideon, get his mind restored, get his cowboy duster back, be captain again, AND get an epic slow motion walk all in one episode, not a bad day for him.

This episode hit on all cylinders, no lulls or weak performances, progressive chemistry and plot movement and hinting at the possible loss of a member of the team, maybe the obvious hint, maybe not. I was incredibly pleased with this episode, and even got a chuckle at the very obvious campy moment at the end where Gideon ended a statement with ‘Captain’ and Rip and Sara in unison answering ‘Thank you Gideon’. Legends absolutely knocked it out of the park with this episode, anyone who may have been feeling lackluster about the show lately NEEDS to watch this episode and I’m sure they will be back on board after.

Next week we are going to the Moon with the Apollo 13 crew on the hunt for the last piece of the Spear, the Legion of Doom is on the chase, and talk about a problem Houston. Will our heroes save the day or will the Legion of Doom gain the last piece of the Spear of Destiny and rewrite reality itself?! We will find out next time, until then, keep it nerdy guys.