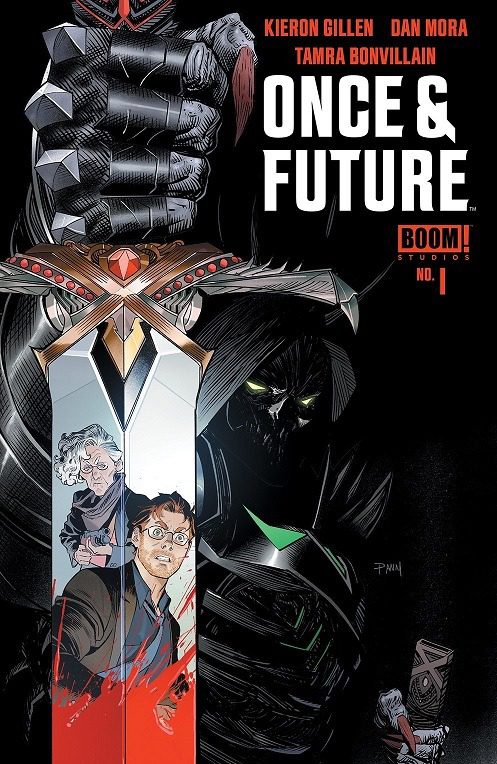 How do you kill a vampire? Duncan Mcguire doesn’t know either as his grandmother Bridgette refuses to tell him. Once & Future tells the story of Duncan growing up and discovering how much information his grandmother concealed from him; to now being enlisted in her war and help save the world.

Gillen brings a new take on the mythical figures in England and how they interact with the modern world. Duncan is a historian involved with his grandmother Bridgette and all her secrets that are closely guarded, even from family. What was regarded as myths and legends, are slowly revealed as the reality in England. It opens a world of opportunities for exploration and how deeply aligned they are with the storyline.

Mora is able to handle all the dynamics of the story, transitioning from slow plot points to action-packed moments. Being able to draw some of the creatures allows the freedom to interpret them in a modern way. This is something that future issues will hopefully draw heavily from, as it is a refreshing perspective on older folk tales.

Once & Future has a lot of potential and is hitting the marks to be an impressive story. One of the more cautionary notes is to not overload with myths and legends; as they should only use them to progress the storyline. With such a huge wealth of them, it would be an easy cop-out as a story filler instead of creating natural conflicts and revelations.