ONI Releases Metal-Charged Cover of Linkin Park Classic, “A Place For My Head”

Unmatched technical progressive metal band ONI have publicly cited Linkin Park as a longtime influence, and after the recent untimely death of vocalist Chester Bennington, the band decided to enter the studio to record a cover track and pay homage to their fallen musical hero. Right now, you can stream ONI‘s metal-charged cover of the classic Linkin Park track, “A Place For My Head”

ONI frontman Jake Oni says: “Linkin Park was the first band that introduced me into heavier music, which ultimately lead me down my path of metal. His voice and lyrics affected so many people, especially me. The world will not be the same without Chester Bennington. We decided to record this cover as a tribute to Linkin Park and Chester. Our thoughts and prayers are with his family and fans.”

ONI recently wrapped up tours with Devin Townsend Project, Gojira, Deafheaven and Code Orange, and have even more exciting touring plans scheduled for the fall, to be announced soon. Stay tuned for more information forthcoming. 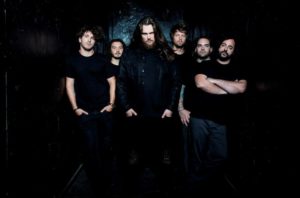 A Place For My Head Linkin Park metal monday Oni
Add your voice!Join the conversation on Discord...
Join Our Discord