Our thanks to Chris Baker (PR) for providing the beta key and enabled us to preview this game. A few late game details were added by writer Everett Harn.

When the news broke that David Brevik’s latest game would be coming to Steam this year, I immediately reached out to get a beta build of the game. I’m a fan of Brevik’s work, which famously includes Diablo 1 and 2. He also worked on Hellgate: London and Marvel Heroes. I’m a fan of his work, so pardon me if this isn’t an objective post. In fact, I’ve gone ahead and titled it “opinion” just to make that clear. We’ll be sure to post a review when the game releases this year – stay tuned for that.

It Lurks Below has a glorious gameplay cycle.

It Lurks Below (ILB) is a 2D multi-directional-scrolling (coining this term!) survival game built around mining, harvesting, crafting and combat. While the game may look like other pixel-art games out there, one unique quality of the graphics is that all of the “blocks” that make up the world’s terrain are 3D. As you move in any direction the blocks will slowly rotate to give the world a slight hint of the third dimension if you look close enough. Aside from a dark and old-school aesthetic, Brevik built a leveling system into the game. There are also character classes, armor, weapons and quests that could be compared to Brevik’s earlier hit Diablo. In fact, the first quest for the rogue class is to build a “wand”, which looks like a pretty heavy duty laser gun if you ask me, so that you can start killing some baddies. Wands can come in many different forms, some are beam wands that hit multiple enemies in a line, some are multi shot that fire three bolts in a wide arc and another might have bouncing fire ammo to burn some monsters hiding around a corner. I also got the chance to try the bard class, which gives you songs to increase your stats and a flute melody that does constant AoE damage to all monsters around your character, as well as the cleric class wielding some useful healing and defense abilities.

As the game progresses, you’ll need to gather new materials, combine them, and craft everything from ladder steps, walls and doors for house building, different types of armor with gem slots for upgrading and recipes to cook food that will keep your hunger and energy levels filled. There is a day and night cycle and the night time is when things get crazy. Combat and defense become critical during this period. I’ve been in some crazy battles. By level 3 I was fighting 10+ baddies at once. Jumping, finding cover, blasting away with my advanced wand. It was magical! When the sun rose, the baddies tapered off and I was on a hunt to find food, rest up, and gather iron ore to build armor for better defense when the sun went down. Just when I felt safe and was in the middle of some relaxing farming, a surface invasion happens which caused a mini-boss, some gun wielding skeletons and explodes-on-death orcs to invade my lands to cause me grief. It Lurks Below has a glorious gameplay cycle.

What does lurk below though? The early-beta version of the game features two full fledged dungeons filled with baddies and treasure and two unique bosses to fight at the end of each dungeon. I managed to kill both bosses, but it wasn’t without some frantic clicking of healing potions, class abilities and shooting. I found It Lurks Below to be a fun addictive little game that I could see myself playing for hours once it’s fully released.

The closed beta was held on Friday, Feb. 2, and ended Monday evening, Feb. 5th. All participants are actively encouraged to stream the game via Twitch, and Brevik will be doing so himself at the following times from twitch.tv/graybeardgames: 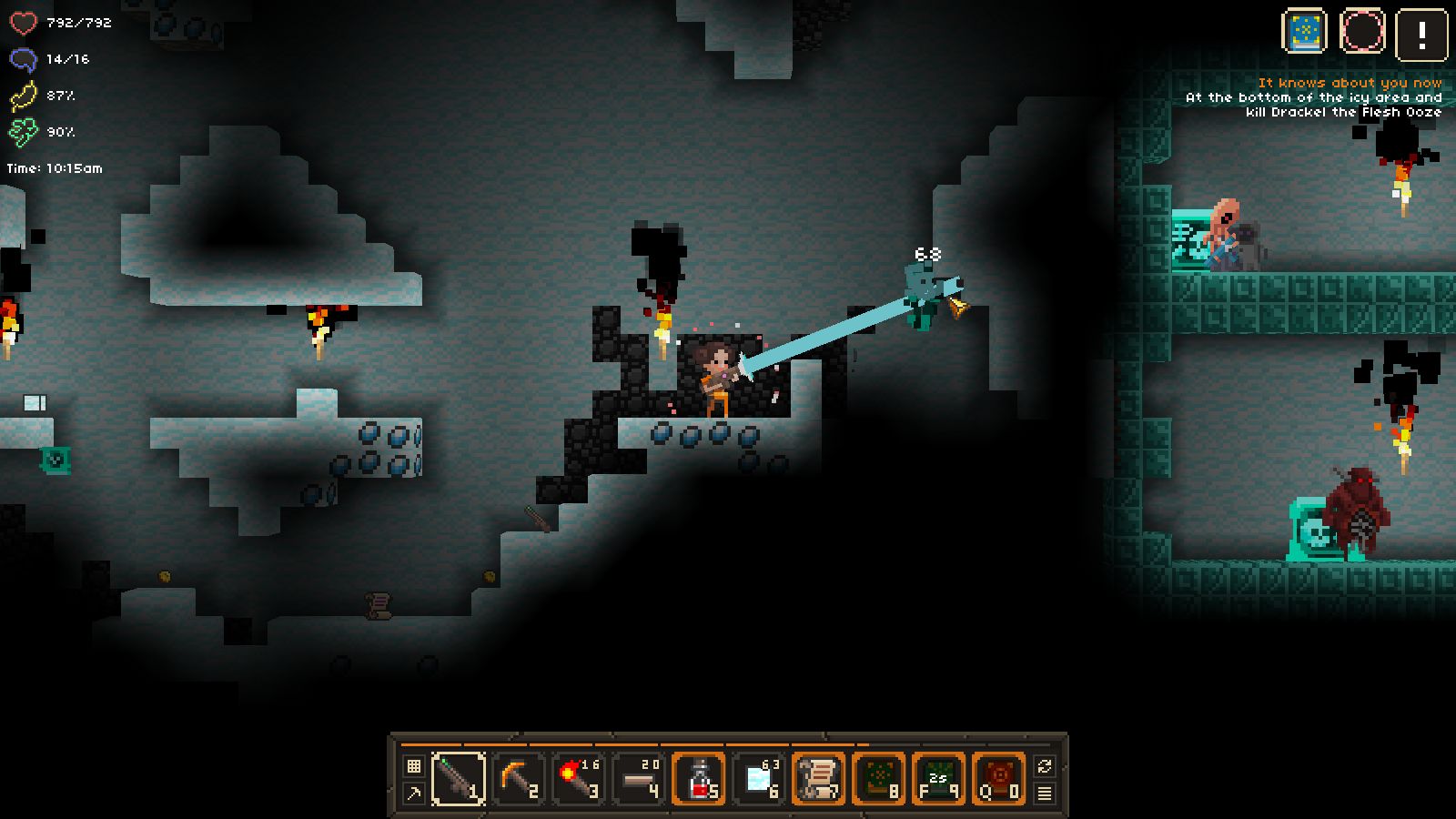 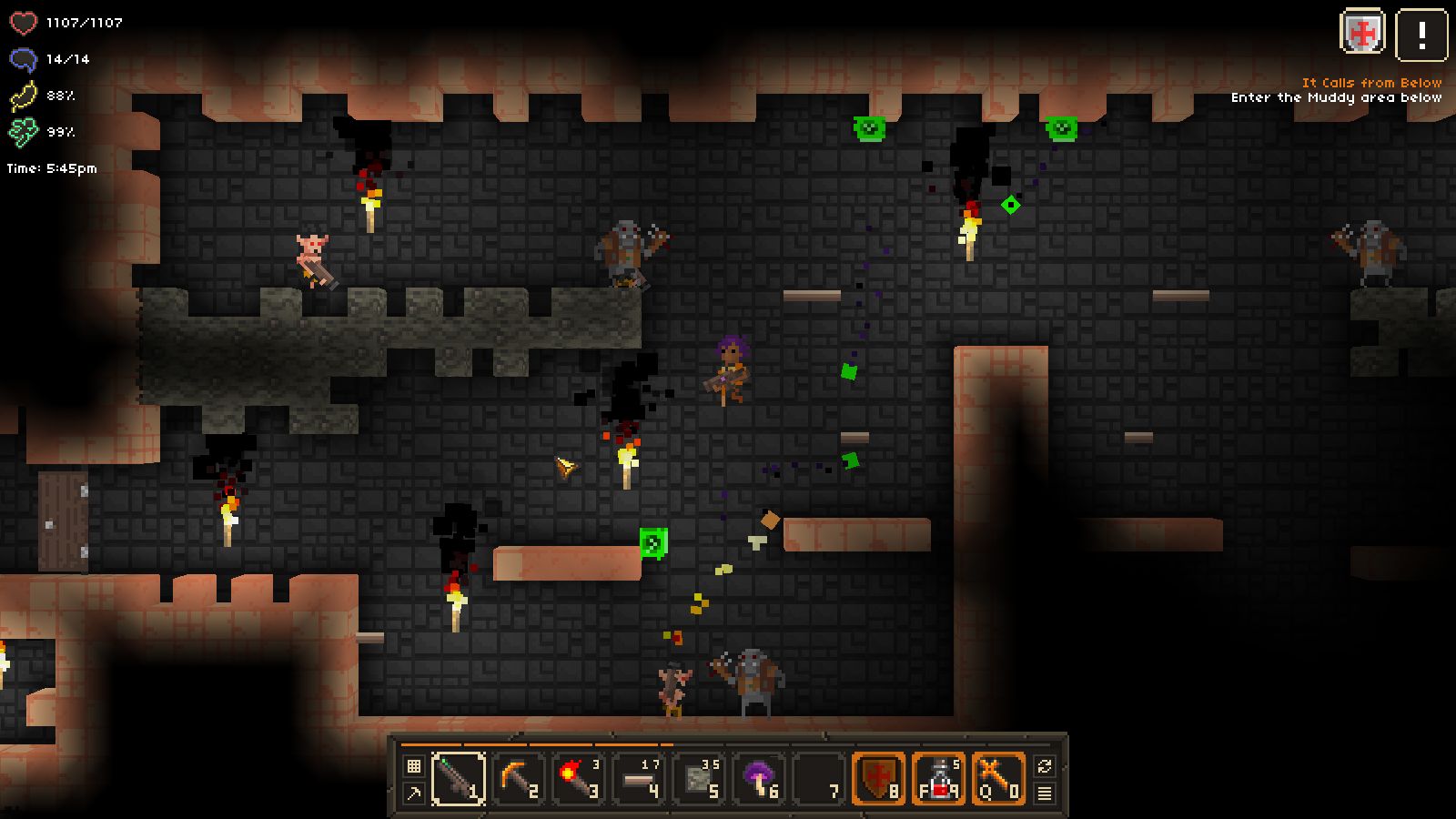 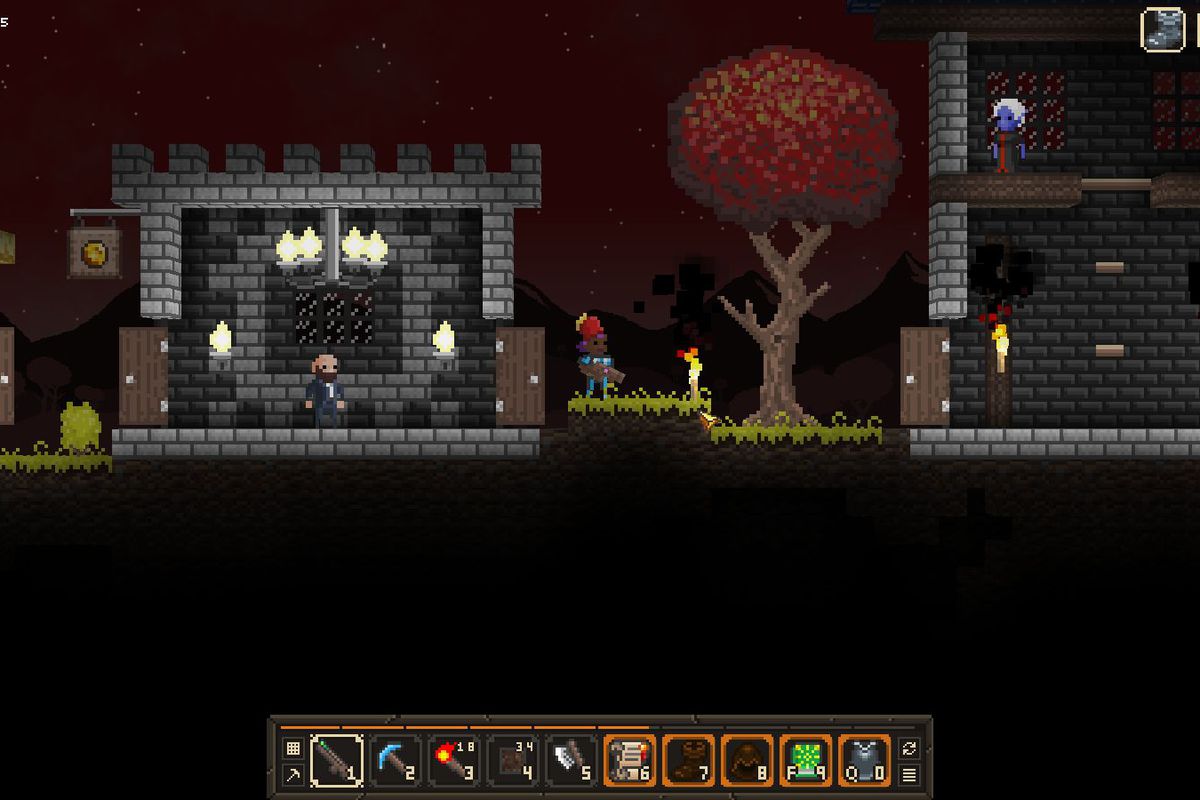 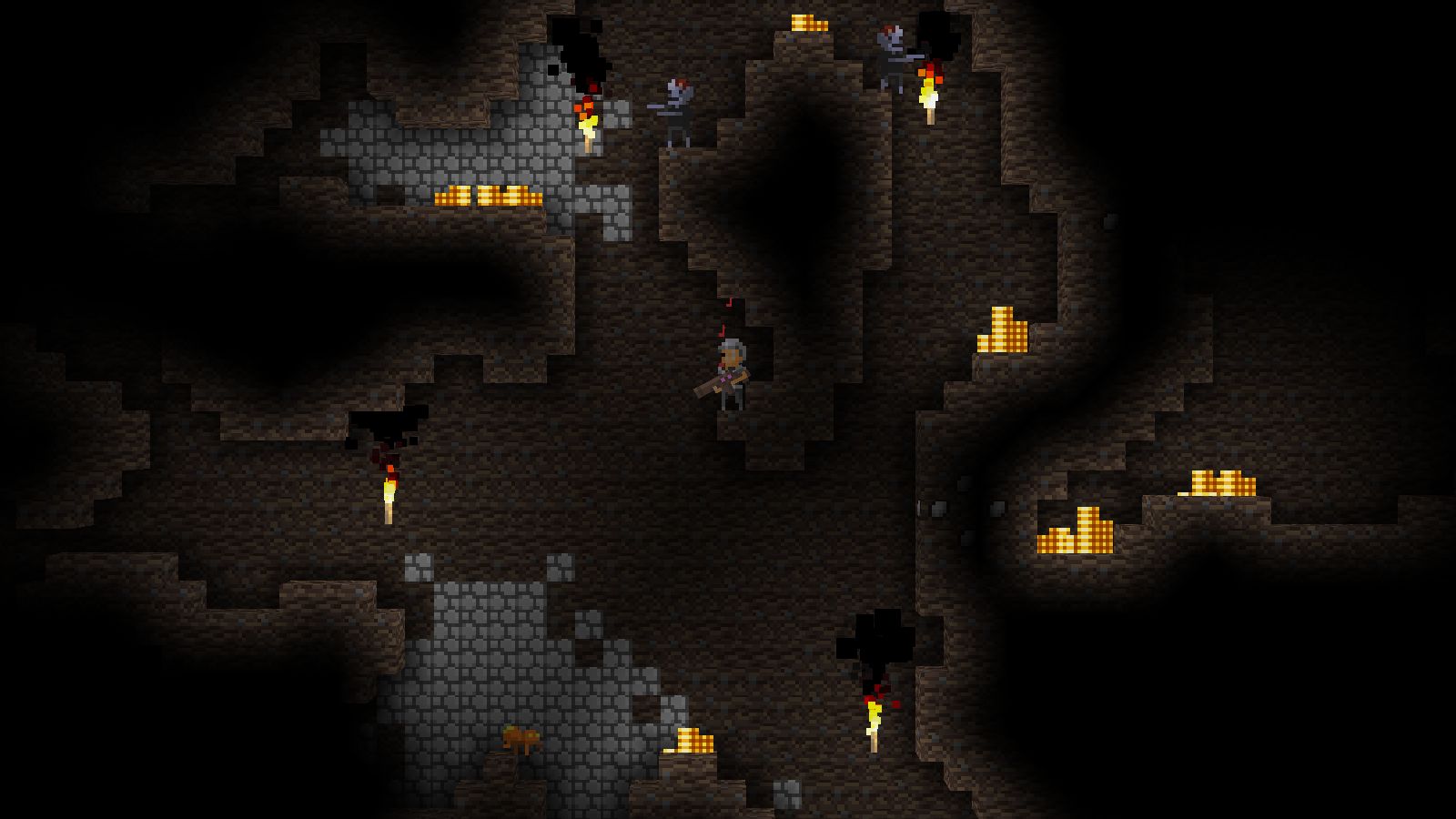 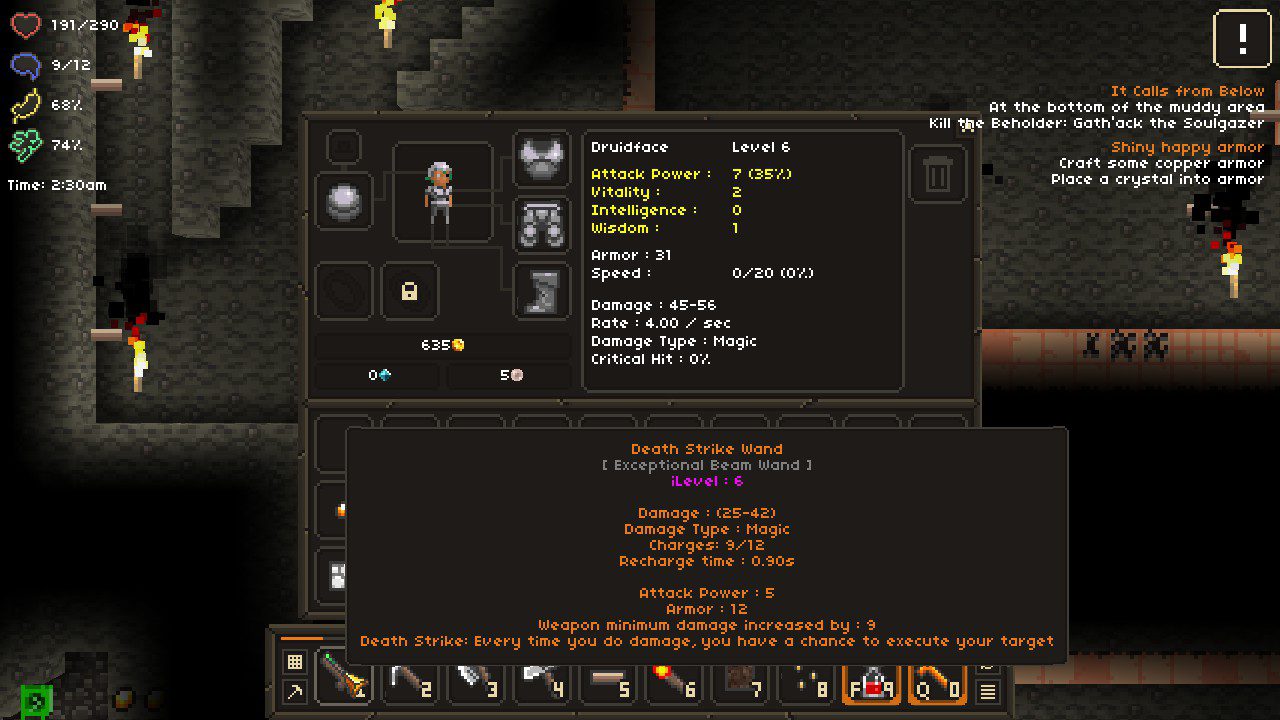