Paranautical Activity is a first-person roguelike shooter. Roguelike games, in my opinion, suffer in the way that they handle progression, but Paranautical Activity is not one of those games. The way that Paranautical activity handles progression is something that I have been asking for a switch since the release of the console, it gives you in-game “achievements”. Achievements in the game are unlocked by doing specific tasks, some like completing a room without taking damage, or some simpler ones as holding sixty-nine bombs in your run, all of these achievements give you something new, something that will help you on your next run. The fact that I knew that I was working towards something, that I could unlock something, gave me desire to continue playing this game even if I kept dying over and over again. Everything I unlocked gave me a better chance of beating the eight floors in the game, and everything that I unlocked made the game feel different.

Now let’s talk about the classes that you start as you play the game, you begin the game with four classes, and you unlock some other ones as you play the game. Each class has a different play style for different people, the tank class sacrifices speed for health, while the dy-no-mite! is the perfect balance for people trying to jump into the game. I love that these classes feel different enough for me to want to try them all. Some of the classes offer melee weapons so you can get up close and person with the monsters that you are trying to slay. My favorite of the starting four has to be the dy-no-mite!, I felt that with this character my runs were more successful than with the other classes.

Not everything is perfect in this game, there are some issues that did not break my experience with the game but did tarnish my time with it. The biggest problem with Paranautical activity was how inconsistent the game felt. There were times where it would take me anywhere between ten to fifteen minutes to beat a floor and at times where it would take me ten to fifteen minutes and I was already on my way to the sixth floor. Sometimes I felt like the game was too easy and then there were times where the game punished me time after time. In some of my runs I faced the same bosses consecutively, and at times I would not see that boss at all. Not only is the level design and the way that the game generates its dungeons inconsistent but the enemy designs also suffer from this inconsistency. Some of the enemies in Paranautical activity are laughable with how they look and then there are some that are downright creepy, but both of these enemies feel like they don’t belong in the same game. There were times where I would be facing a mermaid dude but at the same time I would be facing a spider, it just didn’t make any sense.
The journey in Paranautical activity is not an easy journey, it will frustrate you, you will be rewarded, and at times it would make you feel like what you are playing does not make any sense, but at the end of it all you will be satisfied with each run that you have with this game. 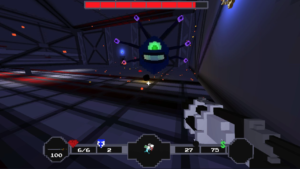 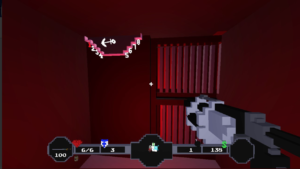 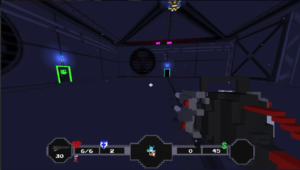 indie nindie paranautical activity
Are you an Insider?News, reviews, & updates are just the beginning.