Yesterday Twitter exploded as comic professionals squared off with “fans” on the issue of illegal downloading and file sharing. The complaints seemed to stem from a post from artist Ted Brandt who is a member of the creative team for the Image comic “Crowded”.

How do you get your stuff taken off of a pirate site? CROWDED’s up to 95,000 reads on one I just looked at, while I’m completely broke.

Brandt went onto explain that Crowded had already had to shorten the comic’s projected run as the lack of physical sales has forced the creative team to take drastic measures.

Seriously. 95000 READS over the 10 issues. What the everloving fuck. We’ve already had to shorten the book due to a lack of money.

With Crowded carrying a $3.99 cover price this means that Image and the creative team have lost an estimated $379,000 in sales over the life of the series.

It was this Twitter thread that began a back and forth between comic pros and the supposed “fans” that support them. High profile creators like Donny Cates took to their own profiles and shared in the piracy outrage.

If they can figure out how to torrent, then they can get on comiXology and pay for it.

This bullshit excuse is wearing thin. No one has a “right” to comics. You want them, you pay for them. Period. https://t.co/h6NKJFPO3M

The resistance that most creators were met with by “fans” that took the stance that because comics were too expensive at their cover price, it was forcing consumers to avoid the market and go illegal. Please note that most of these arguments were being made on Twitter, an online service that would require some form of an internet-connected device….which I’m going to assume isn’t free…to make the claim that comics are too expensive.

So let’s just cut the bullshit. Piracy is a problem for every publisher and creator out there. From Marvel to the smallest of Indy creators the entire comic book industry is losing money. Let’s take a look at one of the larger relaunches of the year. Marvel’s relaunch of the X-Men. After the wild success of House of X and Powers of X Marvel launched six new mutant themed titles this fall. Here is the piracy breakdown from just ONE torrent site. Remember that there are dozens of these sites out there, this is just the numbers from one such illegal site… 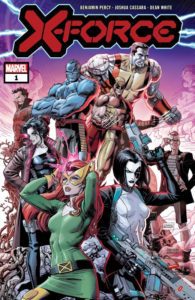 Now let’s take a look at a smaller title. A book that doesn’t have corporate backing and support to keep it afloat. Let’s look at Valiant Comics relaunch of Bloodshot. The same torrent site is offering illegal copies and it breaks down like this…

With a cover price of $3.99 means that Valiant lost an estimated $81,523. This is a much larger hit on the bottom line for a small publisher. Almost equal to the millions that Marvel lost.

Users that are illegally downloading comics also make the argument that they only steal from larger publishers because publishers like Marvel and DC have corporate owners. The “fans” contend that giant corporations like Disney and Time Warner can take the hit without feeling the effects. This is utter crap. Let’s breakdown this argument.

Creators that work for larger companies like the “Big Two” do not own their creations. They are often freelance creators that work on a standard page rate. According to Editor in Chief of Atomeka Press, Dave Elliott; was once quoted as saying that the comics industry is still operating at a pay scale that is similar to the pay structure of the 1970s. That means that freelance artists and writers are still being paid sub-standard wages as the industry is holding onto a 40-year-old payment model. 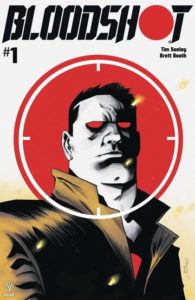 Contrary to popular belief that anyone connected with comics is making money hand over fist and contrary to the wild success that fans are seeing at the box office with comic-based movies raking in billions; comic creators are not swimming in cash when it comes to working for mainstream publishers. In fact, most freelance, non-contract creators can’t even afford health insurance! Lack of sales and the lack of sales numbers often lead these publishers canceling books that might have an otherwise healthy following if it wasn’t for the fact that a portion of their audience is ripping creators off.

Even when creators print and own their own creations and reach wild success there is still a massive effect on the bottom line when hundreds of thousands, if not millions of dollars are not reaching their intended source. Creators are being cut loose from books, companies are forced to reboot and relaunch in an effort to stimulate what at first glance is a weak market. But delving into the torrent and piracy numbers reveal that comics are not dwindling in popularity, but instead being overrun by an audience that is too cheap, too lazy, and too entitled to pay for the books they “love”.

It doesn’t change the facts, even if fans are purchasing copies after they have downloaded, the theft still remains. Which this whole behavior is abhorrent as legitimate online services like Comixology, Marvel Unlimited, and DC Universe offer giant digital libraries of titles for a nominal fee. There are a number of legal alternatives out there for fans to support the industry and the creators that they supposedly love.

As one comic pro said during the weekend’s online Twitter exchange, “I’d rather not have you know me or my work if the alternative is ripping me off.”