There are lots of ways to get ready for Halloween whether it be movies, candy, or costumes. For me, there is no better way to get into the Halloween spirit than to sit down in the dark and play my favorite horror games. In the last two decades, gamers have been lucky to receive title after title that celebrates the genre, launching popular on-going series such as Resident Evil, Silent Hill, and The Evil Within. With the plethora of quality horror titles that push the limits of the modern consoles, it’s quite easy to overlook the roots of horror game genre.

Due to publishing issues and a societal distaste for violent imagery being shown to children, most retro horror games don’t feature the same amount of gratuitous violence that is found in modern horror. Despite these limitations, developers were able to create some great titles that relied more on atmosphere as opposed to ferocity and allowed titles to transcend their graphical limitations to create characters and stories that would act the forbearers to the horror games of today. Players, get your thumbs ready as we explore five scary games to play in the dark. 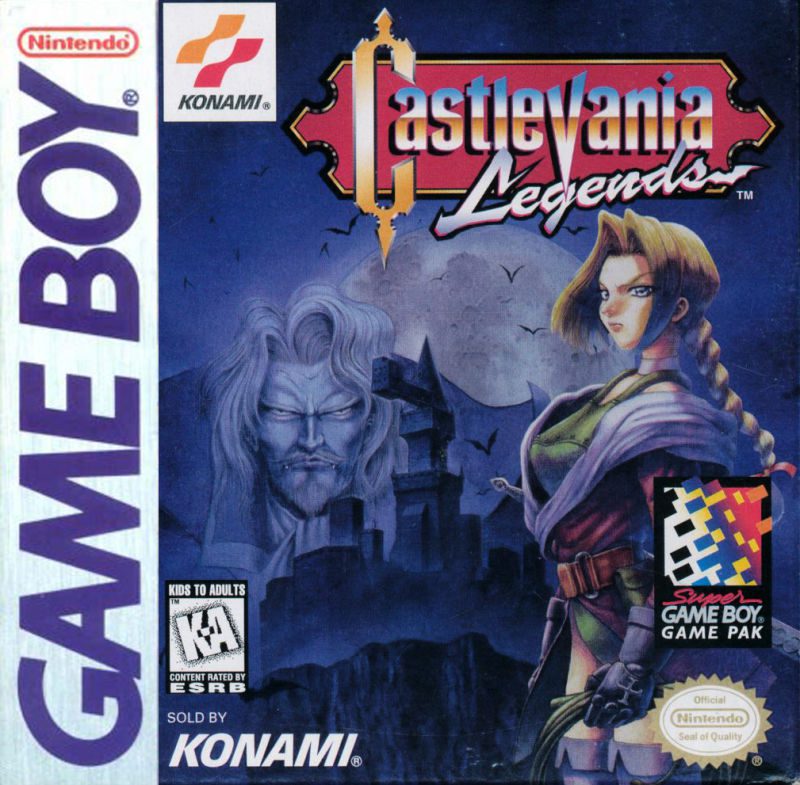 This non-cannon Castlevania game is often overlooked due to its untimely release late in the life cycle of the GameBoy as well as its place as the follow up to the smash-hit Castlevania: Symphony of the Night. Hitting shelves in March of 1998, Castlevania Legends is the final Castlevania release for the GameBoy and makes great use of the lessons learned from its predecessors. This chapter in the Belmont Clan saga is set in 1450 and features Sonia Belmont, the first Belmont to face Dracula. It’s a shame that Castlevania Legends wasn’t kept in the cannon as it not only introduces us to the beginnings of the Belmont versus Dracula toil but also offers the first introduction of Alucard, the son of Dracula that is on his own mission of revenge.

As with other Castlevania entries, Legends is populated by waves of zombies, mummies, and other creatures of the night. Sonia Belmont not only wields her trusty whip but also has use of several magic powers that replace the typical projectiles collected in the main series. These unique power-ups can often counter-balance the crushing difficulty cause by respawning enemies and some tricky platforming. The graphics fall victim to the limitations of the handheld console, but if one can overlook some repetitive backgrounds and small sprites then this is a worthwhile adventure. While Castlevania Legends may not be the height of vampire games, it’s a great entry that deserves recognition the Belmont Clan cannon. 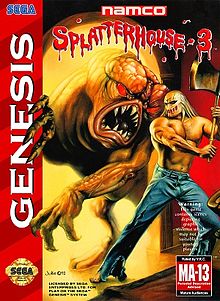 Remember walking through the aisles of the local video store, looking for a box that would catch your eye? For me, that box belonged to Splatterhouse 3. Complete with a mullet, ax, and hockey mask, the cover art deserves to grace any metal record from the 90s. Splatterhouse 3 once again finds Rick dawning the Terror Mask in order to rescue his family from The Evil One.

Unlike previous entries, Splatterhouse 3 strays from the linear side-scrolling and opts for a more open-ended exploration of the haunted mansion. Along with classic weapons such as cleavers and baseball bats, Rick can also collect orbs to transform into a hulking beast controlled by the Terror Mask (similar to the beast transformation in Altered Beast). Each of the six levels has a timer that doesn’t affect the gameplay but instead influences the story leading to four possible endings. If you’re looking to smash villains into gory explosions, Splatterhouse 3 is the Halloween game for you. 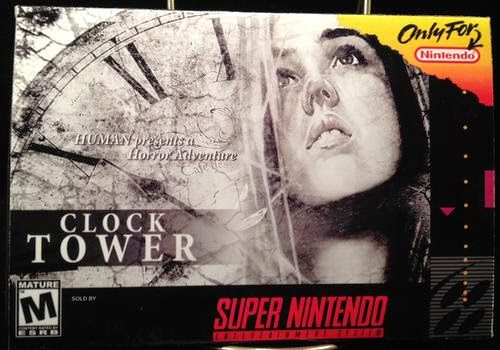 It’s not very often that I enjoy point-and-click games, however Clock Tower for the Super Nintendo is strangely captivating and provided a stirring supernatural adventure. This tale of terror finds the player controller Jennifer Simpson, a recent adoptee who must unravel the dangerous mysteries surrounding her new family. Scissorman, a deformed, scissor-wielding child looking to end the stay of Jennifer.

Developer Hifumi Kono designed Clock Tower as an homage to renowned filmmaker Dario Argento, creating a dark but lush pallet to convey a true sense of dread. The atmosphere of this game is top notch and it surprisingly exceeds the hardware limitations of the time. Over the past two decades, Clock Tower has gained quite the cult following and acts as a predecessor to modern horror games such as the Zero Escape series. If you want a slow burn with great atmosphere, Clock Tower is the pick for you. 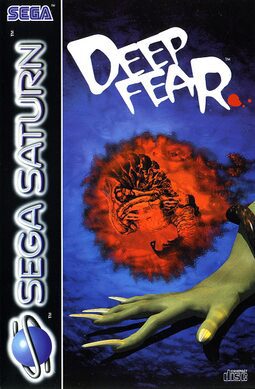 It’s not very often that I recommend a Saturn game, but Deep Fear has been near and dear to my heart since its release in 1998. This survival horror game takes its inspiration from classic undersea films such as The Abyss, DeepStar Six, and Leviathan, using the isolating and claustrophobic nature of the sea to trap the player in a nightmare scenario. In an interesting play on the “science gone wrong” genre of horror, Deep Fear centers on an ex-Navy Seal tasked to recover a capsule containing a chimpanzee that had been launched into space to study radiation effects and deep space travel. After 40 years in space, the capsule has returned to earth and landed near an underwater research station.

Without ruining too much of the story, there are many horrors that await players in the research center known only as The Big Table. Deep Fear borrows liberally from other horror franchises, including Silent Hill and Resident Evil, but forges its own path through the implementation of oxygen meters and other problems that hinder the exploration and abilities of the player. In turn, the underwater dystopia of The Big Table would later go on to inspire Rapture in the popular Bioshock series. 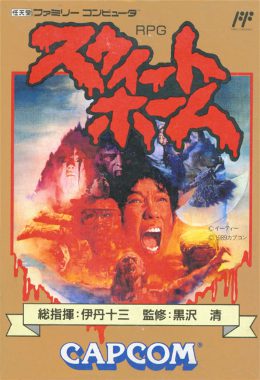 This spin-off of a Japanese horror film was never localized to the US or Europe due to its graphic imagery, but if you can find a translation I highly recommend a play through. Directed by Tokuro Fujiwara, who later went on to direct Resident Evil, Sweet Home defies expectations for the NES with its blend of gore and terror. In an expansion of the film, the story focuses on five documentary filmmakers looking to recover paintings from an abandoned mansion. This found footage horror scenario, done well before the found footage was popular, works well to convey a tense setting that is limited in its 8-bit graphics.

While exploring the mansion, the player has use of five characters, all with unique abilities, to unravel the various mysteries that need to be solved. Random encounters are common as you roam the haunted halls, however, the main mechanics of Sweet Home emphasizes puzzle-solving and the proper use of each character’s skills over constant combat. This mixture of RPG and adventure elements combined to make a gem of a game that now is considered to be the precursor to the entire survival horror genre.

What are your favorite horror games to play during the Halloween season? Send me your recommendations on Twitter @TravisVertuca and stay tuned to the GWW for more retro video game fun.