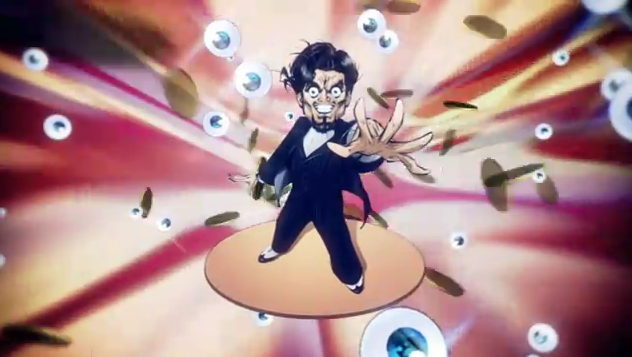 The episode starts with Ron (Ron Funches) binge watching a “Making A Murderer” style documentary series called “Making A Supervillain” about Doctor Psycho. Teddy (Danny Pudi) and Wendy (Jennie Pierson) argue with him about the series without spoiling it until Dorothy comes along and does just that. The Wayne Security team is about to embark on a corporate retreat and Emily (Vanessa Hudgens) is way too excited because she has crafted the weekend to allow for everyone to indulge in things they enjoy. As the rest of the team departs for the buses, Emily’s team has to stay behind and wait for Dorothy. Meanwhile, Van (Alan Tudyk) has gotten a lot funnier to the staff. He’s really pulling off some funny one-liners and zingers that have really impressed his staff. 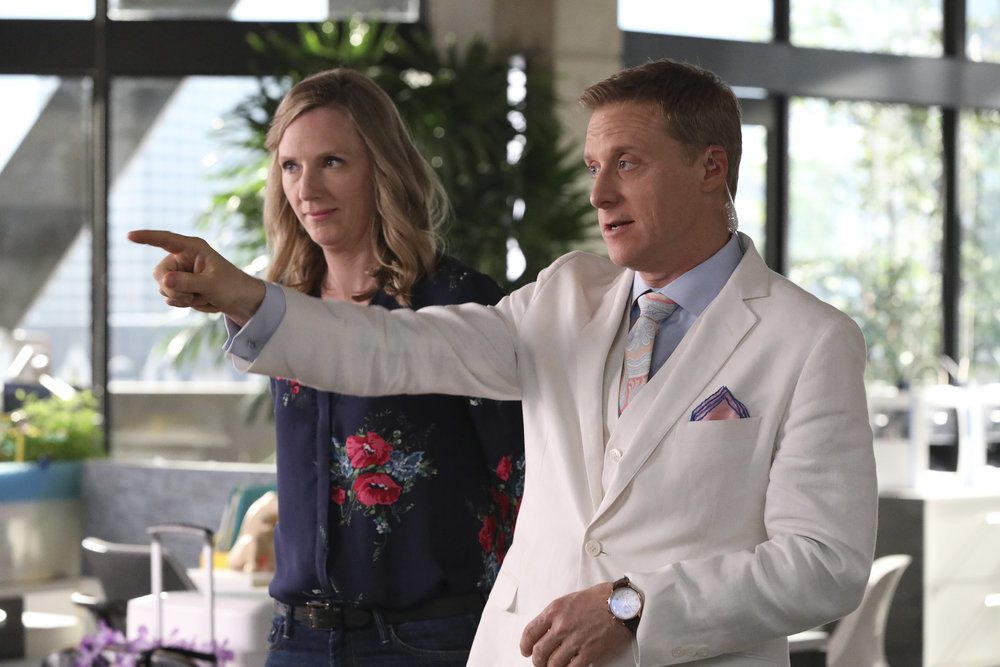 Jackie (Christina Kirk) discovers that Van is using professional comedy writers to feed him jokes through an ear-piece in order to impress the higher ups from Wayne Enterprises who will be at the retreat. Jackie finds Emily asleep at her desk and asks her why she keeps pushing herself so hard to care of her staff like they’re her children. A question that becomes more and more relevant as Wendy and Ron have covered Teddy in Post-It Notes. As Emily explains to the team why they are still waiting for Dorothy, an alarm goes off. As the team tries to determine what it means, there is a funny exchange where they, without irony, list off several supervillain scenarios that have happened in comics before finally determining that it is a gas attack perpetrated  by Doctor Psycho. The attack leads to an emergency shut down before the team can get out of the building. 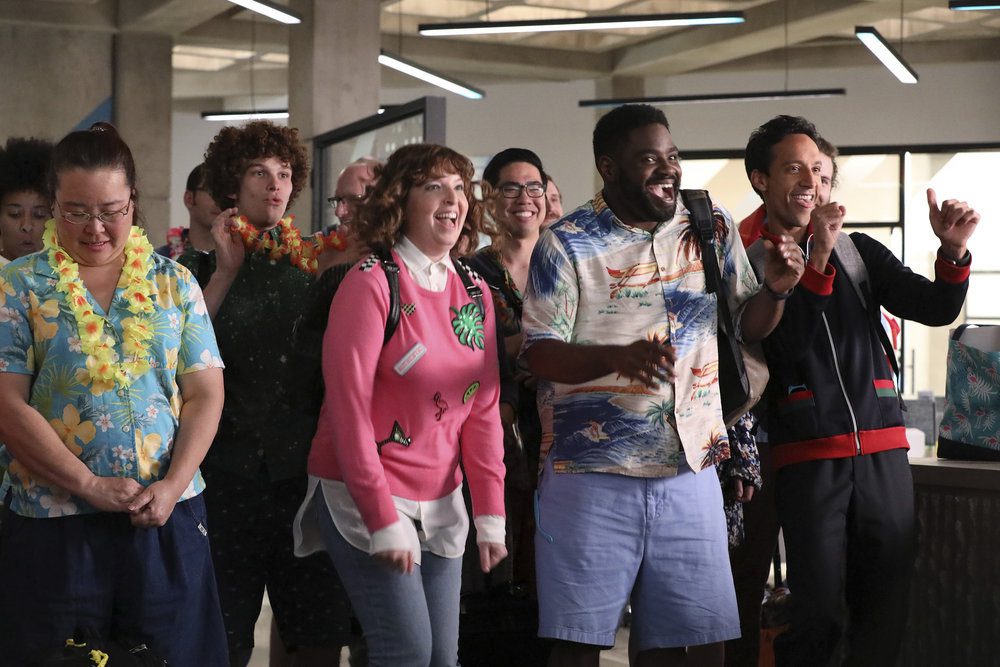 Van continues to zing the team as they start to blame Emily for getting them stuck in the building. A sentiment that isn’t helped when they discover that Dorothy is already at the retreat in Coast City. Determined to find a way to fix things, Emily decorates the office to look like an island retreat and continues to try and sell the team on karaoke. After a little while, the team starts to warm up to their situation, Emily starts with the team building games. The results of which give some disturbing insight into how Wendy’s mind works and how Ron really feels about Teddy from a practical standpoint. Teddy tries to prove how useful he can be and ends up causing the team to have to evacuate again. 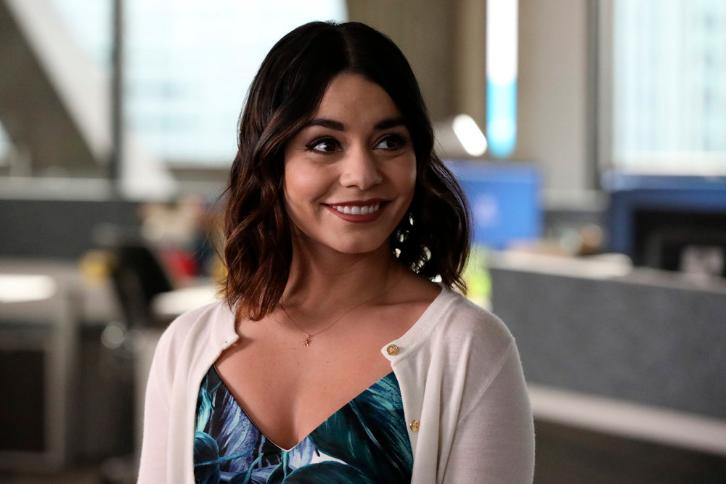 The episode actually gets funnier at this point as the effects of the gas are found out and how Emily acts after being exposed to it. It’s up to her team to find a way to work together to help her. The way they finally lure her back into the lab was actually inspired and made me laugh out loud. This episode was really funny. It took the classic sitcom trope of the group being locked in a single location and actually made it amusing. I’m also enjoying the nods to the DC Comics universe now. They aren’t as overt as they were in the beginning and the usage of the nods makes sense to the narrative versus random name dropping. After a clunky start, Powerless is starting to convert me into a steady viewer.