Previously on X-Men: The Making of an Animated Series REVIEW 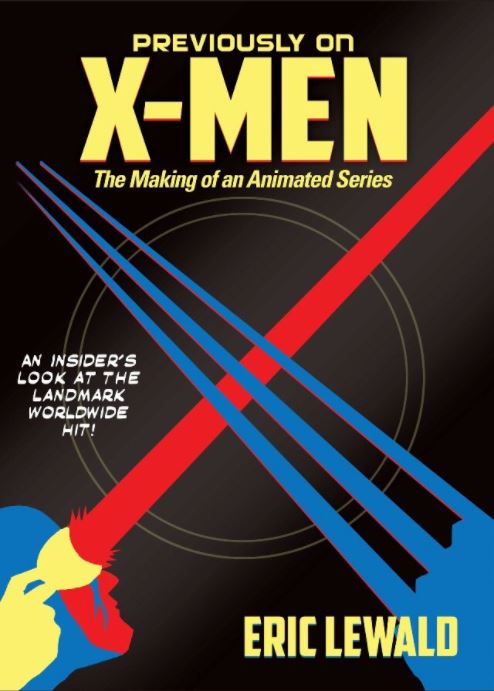 Previously on X-Men: The Making of an Animated Series
Jacobs Brown Media Group

Previously on X-Men delivers behind the scenes gold for geeks that loved the Saturday morning super show. Author and showrunner, Eric Lewald, put together more than a book; #POXMEN is an omnibus of historic proportions. Every page delivers the whole story with the trivia all about the 1992 mega-hit “X-Men: The Animated Series”. Eric had a crazy dream 25 years ago to make these animated installments focusing on characters called mutants in a manner that would appeal to all ages. It is hard to imagine that over 90% of the early 90’s audience was only vaguely aware of the X-Men. The Lewalds carried me back to the dark days before the films, before the countless spin-offs, and before Hugh Jackman’s ripped physique. Their words are a treasure trove of value for pop culture historians as well as television production nerds. Above all else, Eric delivered jaw-dropping revelations for longtime Marvel fans. Previously on X-Men publicizes the twists and turns behind the beloved show that reignited Stan Lee’s mutation creations when many thought the show would fail before it even aired!

Lewald’s immeasurable hours of research show through for this book. It contains numerous photos and interviews with the cast and crew of the show. No stone was left unturned and I learned things I never could have imagined I would WANT to know! So, in keeping with that spirit, I have compiled just 5 of the many Amazing Revelations from Previously on X-Men:

Stan Lee wanted to introduce and close out each episode- in LIVE action!

No one can discount the contributions Stan Lee made to building comic books into a serious medium of entertainment in the 1960s. Lewald noted that his goal with X-Men: TAS was largely the same as Stan’s goal with the Fantastic 4 in their debut. Both men wanted to prove superhero stories were not a turn off for older consumers. In fact, the opposite was true. 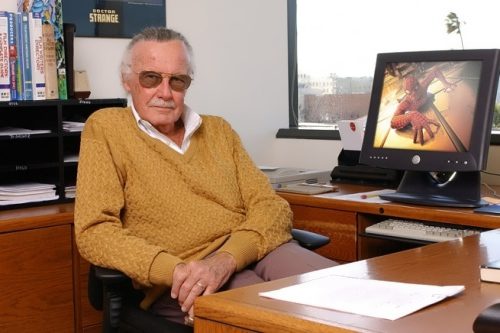 1990’s Stan Lee, however, had his own ideas about the format for X-Men: TAS. He imagined himself appearing at his desk, in live action, to introduce the show to the youngsters. He would then appear again at the end of each episode to say something like, “Hey wasn’t that great kiddos?”  In fact, he wanted to narrate the title sequence and narrate over the episodes themselves!

This revelation, along with many other strong suggestions from Stan, led to another shocking discovery when I read….

Bang! Pow! Excelsior! Suggesting that Eric Lewald wanted to punch Stan Lee is a lot like saying a bishop in the Catholic Church wants to deck the Pope. But it’s important to remember that Stan Lee was far removed from the X-Men books by 1992. He created the First Class in the 60’s, but that book had long since failed. The X-Men we all know and love came about in the 1970’s with the line-up that revived the hero team of misfits underwriters like Chris Claremont and artists such as Jim Lee. Collaboration is always an important part of the creative process but Eric made it clear there were certain aspects of the show he was willing to put his foot down for to achieve his vision. 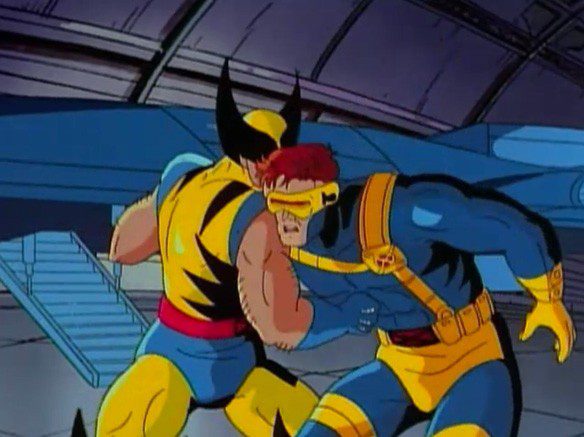 Things once got so heated during a production meeting that Eric felt like he wanted to punch the legendary comics writer over strong differences of opinion. You will have to read to find out exactly which ones had to be worked out before the show came together and the two men ended up working happily together on other projects.

Luckily, Stan Lee DID get to appear on the X-Men’s sister show, Spider-Man: The Animated Series and the Marvel movies have provided him with more than a few live-action appearances.

Eric and his staff had an interesting relationship with Marvel. The company was hurting financially at the time and needed X-Men: TAS to be a success. Eric and his team were not shy about asking Marvel for raw information. Instead of providing the requested data about the X-Men, one unnamed executive decided to rant and rave in a memo with many negative opinions about the show’s pilot Night of the Sentinels. Eric was classy in not naming the shortsighted drone in the book, so he did not post the infamous Marvel Memo.

He did, however, include the detailed response.

From the response, we can extrapolate a few of the key concerns the show initially faced before it went to air. It seemed the executive had a major problem with the line-up chosen for the X-Men and the lack of Magneto in the pilot episode in favor of the Sentinels. For the rest, you will have to check out the book!

Despite some early head-butting between Marvel and Lewald’s crew, the two ultimately wanted a high-quality show. Unfortunately, the first cut of the pilot episode, Night of the Sentinels, came back from an overseas animation studio looking like a child’s Crayola project. In an attempt to save money, the animation studio had cut corners on shading, design, and quality. It was nothing like they had ordered and neither Marvel nor Lewald were proud to present the first cut. 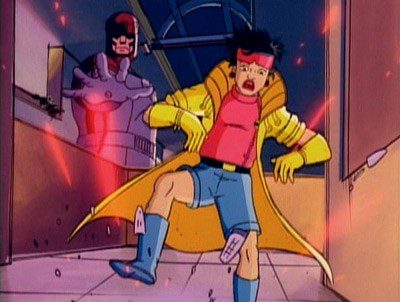 In a show of faith, Marvel sacrificed their fee to re-do the pilot. The initial loss of income was more than paid back after Night of the Sentinels became a hit. The toys flew off the shelves and put the X-Men on the map!

There was almost a “Crocodile Wolvie”

Why was early Wolverine Australian?

Believe it or not, there was a time when Marvel saw the popularity of the Crocodile Dundee movie series as an opportunity for cash. Someone thought it would be a brilliant idea to build an action/comedy franchise with an Australian Wolverine. Crocodile Wolvie even appeared briefly on the cartoon Spider-Man and his Amazing Friends. He used his claws to make shish kabobs and asked if anyone wanted to “put a shrimp on the barbie.” It is interesting to imagine the X-Men cinematic universe with Hugh Jackman playing THAT version of Logan. Luckily, X-Men: TAS’s Cal Dodd delivered a Clint Eastwood inspired performance, mixed with a hint of “Wolfman Jack” to cement the guttural growls of Wolverine forever in pop culture memory. 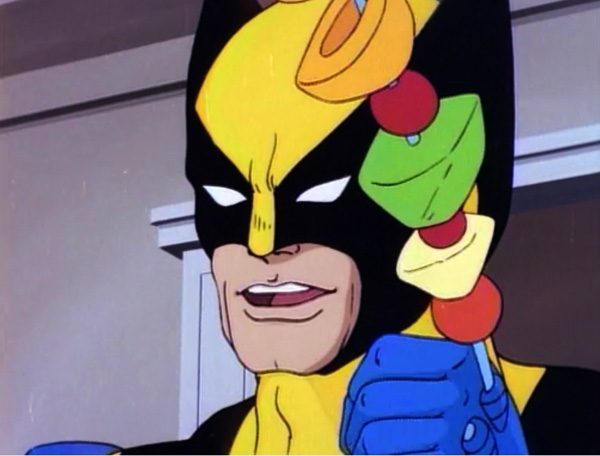 The biggest surprise to readers will come in learning how little faith anyone had in the X-Men’s potential to be a TV success in 1992 and how the livelihoods of the staff depended on its initial success. I never imagined that such a fun show carried heavy consequences.

The book also contained numerous interviews with the incredible voice cast. It felt like a bonus to receive mini-biographies for each of them as well. The content felt like an extended release of special features for a film I’ve loved for years. Some sections, like the detailed episode descriptions, could have been moved to the end of the book instead of placed in the middle, but this is a small quibble compared to all the photos, interviews, and obscure facts I absorbed on each page.

Fans also received the chance to deliver testimonials on the show. I would like to end my review by delivering mine now and hoping that the Eric and Julia, along with everyone involved in the making of X-Men: TAS, appreciate what the show meant to me when it aired and how it inspired me to pursue writing as an adult:

THANK YOU and congratulations! I can’t believe 25 years have gone by since the original airing of X-Men: TAS. It was a Saturday morning mainstay that kept me from playing outdoors as much as I should have as a child. You wrote in the book that younger viewers were not put off by sophisticated stories. I believe I am proof that you were right. The mature nature of the show was never inappropriate. Still, it came through so clearly that my conservative parents told me I was not allowed to watch it.

Of course, making it forbidden only ensured that I never missed an episode!

The half-hour story structure led me to begin writing my own versions of X-Men and Star Wars tales on the playground when other kids were mindlessly kicking balls of air and rubber. I imagined battling the Juggernaut or Magneto with Mutants from the show and later those of my own design. I want to thank you for years of stories in the past and present that contributed to my passion for traditional heroes that appeal to all ages. It led me to write my own book and landing an agent for my cast of characters. 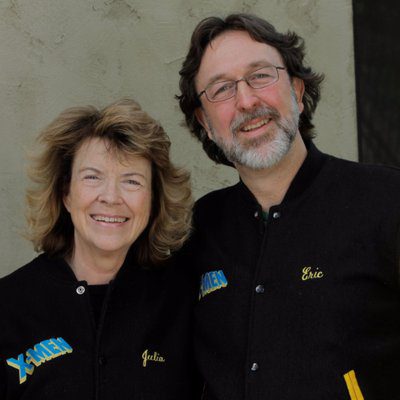 Also, follow @XMenTAS on twitter to tell them what YOU thought about the book. What did you think of my top 5 revelations? Which ones would you add? Let me know on twitter as well @JSandlinWriter

Eric will also appear on the Nov 1st episode of #WhoWouldWin? to debate a fictional match up between XMenTAS’s Gambit vs. Batman from the (friendly) rival Fox show “Batman: The Animated Series” Check out all our episodes on TheGWW.com here: https://thegww.com/category/podcasts/whowouldwin/