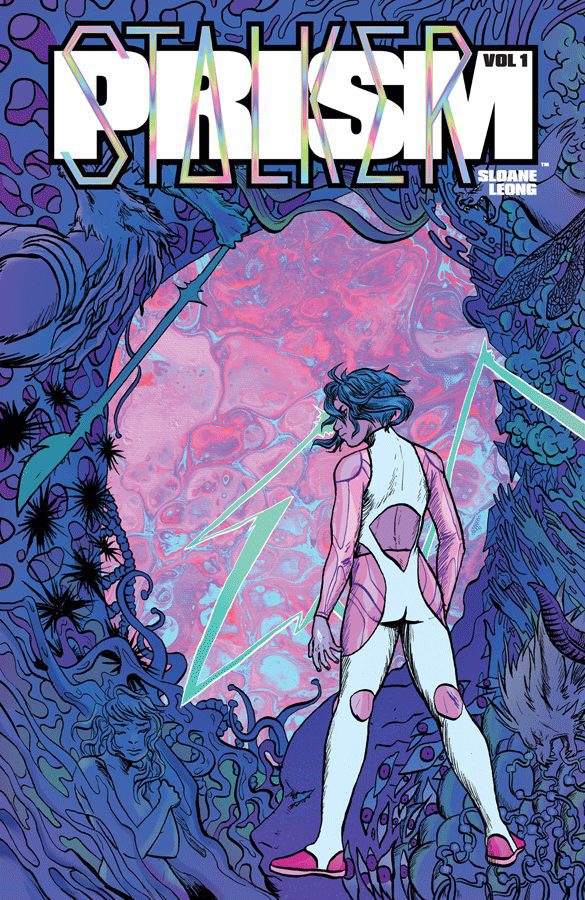 Prism Stalker Volume 1 collects the first five issues of the series and is quite a world to dive into. New readers will be introduced to Vep who works as a slave with the desire to just see her family again. However, it isn’t long when her life goes through a big change as she’s picked up to go to an academy that will train her to be a fighter, but it’s not for herself. Vep has a lot of good characteristics starting with how she care’s about others especially when they are being attacked for no reason.

She shows that she’s willing to stand up for herself and others. This part of her, especially for herself, is really tested though when she faces other’s that are clearly stronger than her in terms of abilities. This world and the creatures she goes to train with are extremely new to her and with everything else that has happened to her, we see this side of her where she’s very afraid. I don’t find this to be a negative because it’s natural to be afraid of the things you don’t understand and we see this play out as Vep manages to push through. What I like though is that she doesn’t really win all her battles. She teeters on the possibility of being sent back to her previous life and it’s important for her to get through these training courses as she is being offered a chance to see her family again.

The art in this comic will be mixed on things such as style but the world and its colors are some of the best things about it. There are tons of weird looking creatures and some of the illustrations here from dream sequences are straight up mind-bending panels. With all of the things that get introduced in this series, I find that reading it in a collected trade is great as you can really take your time to consume all that is going on and even backtrack real quick if you forget certain things. I personally found reading it in the monthly issue format pacing to be a bit off as I would always need to go back to the previous issue for a quick refresher, but going through the trade really offered a better experience. The end of the trade also offers a few extra things such as an interview with the creator and a nice pin-up gallery. Prism Stalker is quite a weird series and isn’t perfect, but there’s enough here to keep you interested.