Rage Against the Dying of the Light: Justice League vs Suicide Squad #6 REVIEW 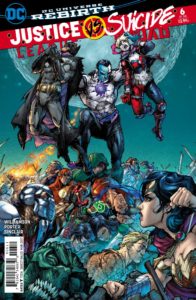 In the conclusion of this six-part series, Eclipso has unlocked the darkness in everyone. As riots break out all over the world and people are attacking each other en masse, it’s up to Batman and the Suicide Squad to take down the alien menace. This is no small task when what’s standing between them and Eclipso is the Justice League. Eclipso senses the threat that Batman and his team poses and he decides that unlocking the darkness within these already dark characters will be easy to do. Making sure Amanda Waller is available to witness his triumph, Eclipso reveals information that Batman seizes upon to make a final stand. As the situation continues to worsen, salvation comes in the form of the wildcard of this series: Killer Frost.

The tide begins to turn as they start to free the heroes one at a time. Batman enlists Killer Frost and Lobo in a risky gambit to imprison Eclipso by baiting Superman into a confrontation that could incinerate the lot of them.

Killer Frost is confronted by Eclipso and he finds something unique when he probes the depths of her darkness. The conclusion is satisfying and really brings together all of the elements of the previous issues that made me interested in this limited series in the first place. What is even more compelling is that the end of this story not only opens the door to some really interesting new storylines, but you get a real sense of the subtle menace of Amanda Waller. 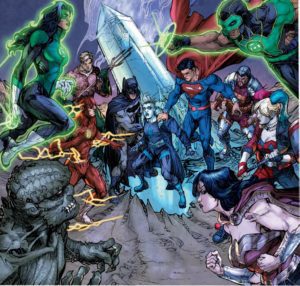 Joshua Williamson concludes this story in a manner that fans of both teams will enjoy. He is able to wrap up the overall story-line as well as plant the seeds for not only new stories, but new dynamics within both teams and the beginnings of a new one. Howard Porter’s art is edgy and does a really good job of conveying the emotion of the plot. 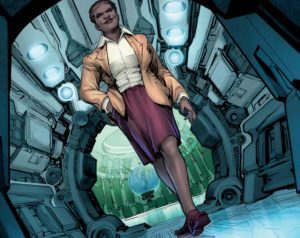 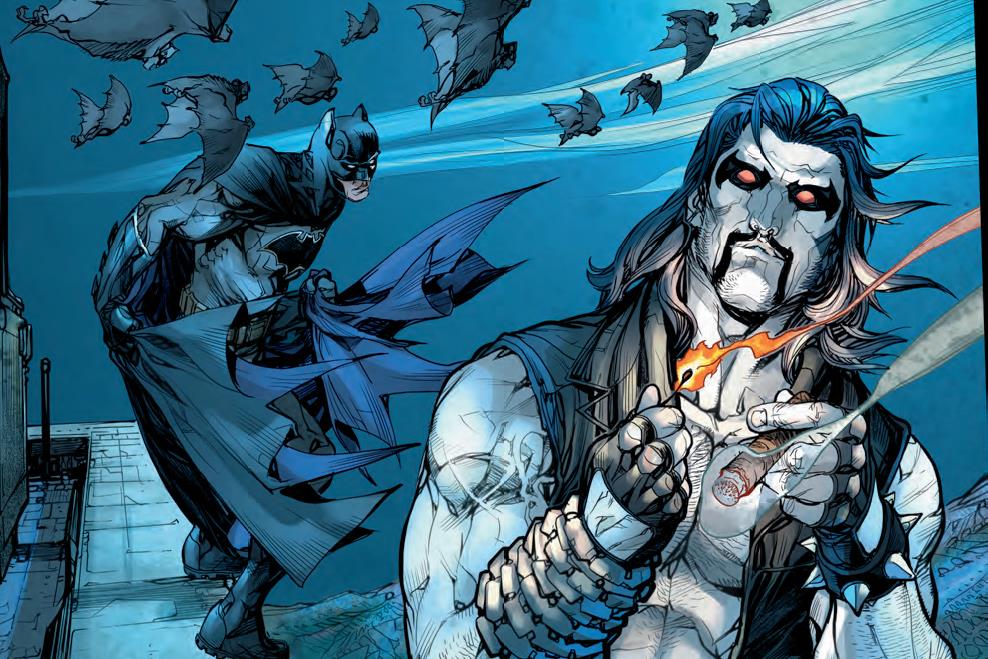 This is a satisfying conclusion to the story. Both the plot and the artwork convey the frenetic and frenzied energy of the conclusion and it is definitely worth the read. More of this going forward.