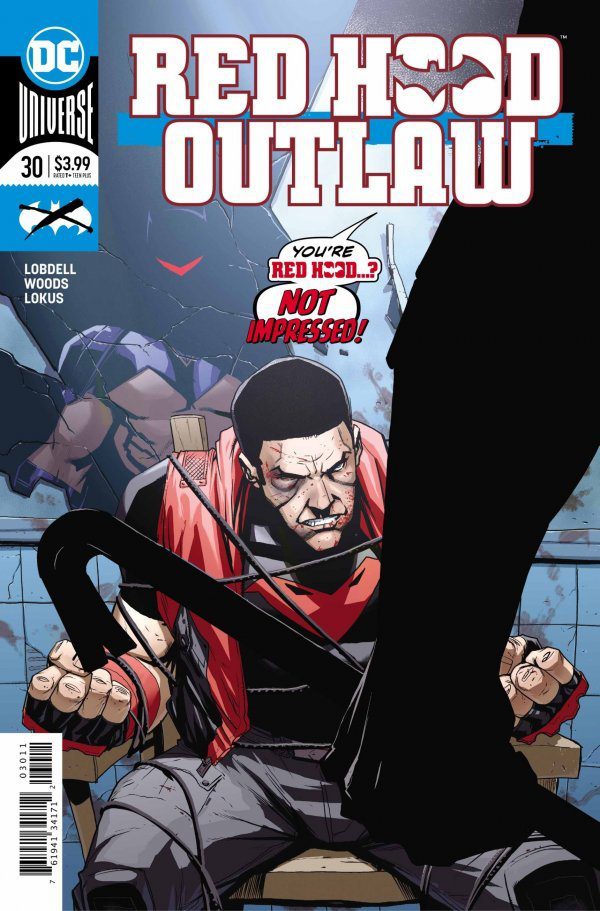 The fact Scott Lobdell didn’t explain where and why Batwoman left to start Red Hood: Outlaw #30 was annoying. They had a pretty good thing going. It’d be nice to know why that ended, even if it’s as a simple as her investigating a different case. Instead, Scott Lobdell spent what felt like a little too long summarizing everything else to start Red Hood: Outlaw #30. Some of that warranted summarizing, of course. But how does Batwoman get completely overlooked?

That’s one of my major gripes this issue, as petty as it may seem. Lobdell made us care about Kate Kan a little bit, then acts like she almost never existed. Speaking of characters we care about, we saw Bizarro and Artemis for the first time since Red Hood and the Outlaws #25. From the looks of it, they both have a new look, too. Bizarro no longer looks like an exact Superman copycat—though he still rocks his backward “S”. It’s not a bad look, certainly not as bad as Artemis’. Now, they’ve been fighting a ton, based on their dialogue, so there’s a chance that’s why Artemis lost half of her hair. But that better be the reason, otherwise, what is Pete Woods doing?

Anyways, there isn’t a ton of action this issue—unlike, essentially, every other issue leading up to this point—but we do get some answers about Wingman. We’ve no idea who he is or who he works for, specifically, but he has the potential as an ally.

This Hierve el Agua place is harboring some pretty intense secrets. Woods and Rex Lokus did well with making it creepy. Never mind the infinite Mondays Red Hood came across, the lighting and dark hallways Jason travels down fit perfectly with the place’s vibe.

Lastly, it looks like Red Hood found Solitary. Now, Jason had been looking for someone else in addition to this mad scientist, and it appears these two might be one and the same. Hopefully, we get that answer to start Red Hood: Outlaw #31.