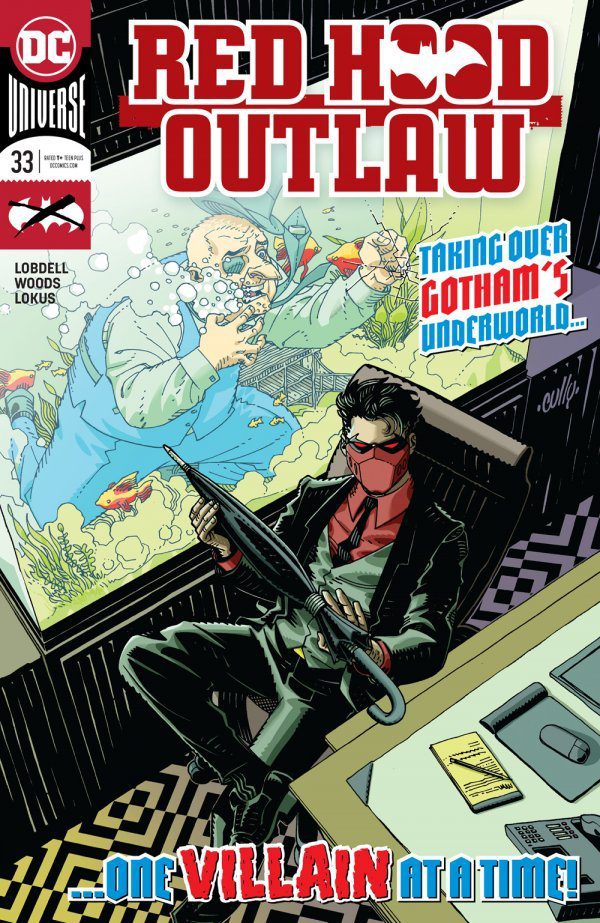 It’s hard to tell which New 52 throwback was more surprising from Red Hood: Outlaw #33: the All-Caste or Isabel.

One thing is for sure: the most surprising line of the issue came from Essence. She was very close to Jason Todd throughout the New 52 Red Hood and the Outlaws. No, maybe not so much. While approaching her mother and All-Caste leader Dutra, she describes Red Hood as “The great darkness that looms over all that lives.”

On the one hand, that’s kind of a compliment. Imagine impacting “all the lives”?

However, it’s not because Jason is the reincarnate of Gandhi. He’s not the exact opposite, but some would argue he’s more on the opposite end of the spectrum.

If you asked Red Hood, though, he’d tell you he’s doing more good than Batman and others. He has crime under control. Look at the Sisters Su. They’re working for a legitimate business.

Now, they may still be highly trained killers, as we saw in Red Hood: Outlaw #33, but that’s beside the point. Jason has taken control of crime and made sure it doesn’t reach the innocent.

Although, he may not be proud of everything he’s done. Or he at least knows Bunker won’t appreciate Penguin being held hostage as a trophy for Jason’s triumph.

The re-introduction of Essence and Ducra is intriguing. Especially since it appears they’ll be on opposite sides of a fight. Sounds like a fight-filled story is ahead.

The timing of the All-Caste’s return and Isabel’s is rather peculiar, too.

Red Hood: Outlaw #33 also put Jason back in his new Red Hood suit. One issue without him fighting is fine. Back-to-back would’ve been too much.

Lucio Parrillo’s variant cover is one of the best we’ve seen for Red Hood yet, and there have been some impressive ones in the past year.

Lastly, you’ll notice the score for this issue is an 80 out of 100. If Jason didn’t say, “Hold my beer,” to Isabel, the score would’ve bumped up to an 85. It was forced humor. Failed humor. Red Hood is better than that. Scott Lobdell is, too.