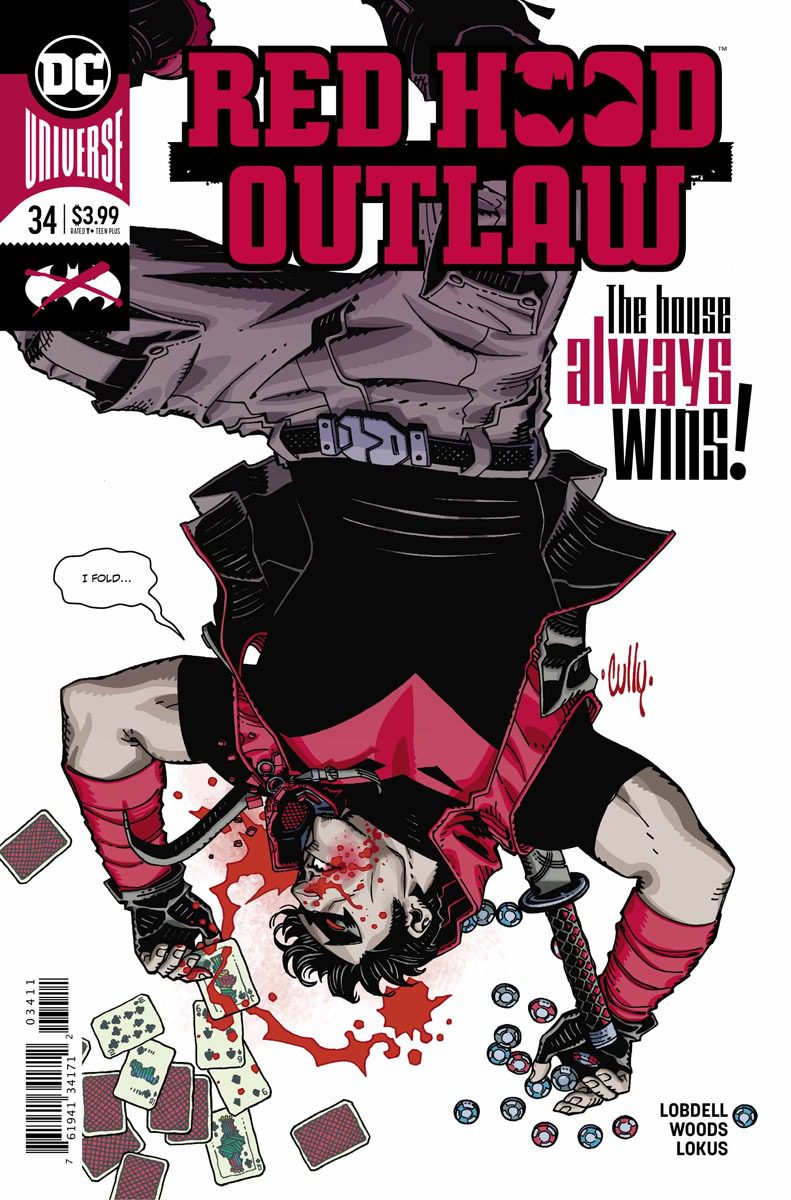 Red Hood had his hands full in Red Hoot: Outlaw #34. He’s trying to juggle relationships and his work. In the course of balancing those two, he’s trying to hide one from the other. And now it looks like something at the Iceberg Lounge might send Jason Todd scrambling soon.

Not to mention, some of his old “family” seems to be plotting against him. Scott Lobdell seems committed to incorporating the All Caste in the next chapter of Red Hood. For those who didn’t read the New 52 Red Hood run, the All Caste were vital in Red Hood’s development. We’ve now seen three characters from the group return.

But before Jason handles his old friends, he has something else he’ll have to get to back home.

(Major spoilers ahead if you haven’t finished Red Hood #34.)

What in the world is Bunker doing? I understand holding Penguin captive in secret doesn’t exactly look great. But he probably should talk to Jason about the situation before barging in to talk with a masterfully manipulative villain. Bunker is slowly becoming an annoying character. If he qualifies as an outlaw, he’s making a quick case as the worst of them all.

Wingman, on the other hand, is on the same page as Red Hood. He gets it. These two are on a mission to take down everything Penguin-related and make a pretty good pair. As do Jason and Isabel, though they’re still not on the same playing field as Red Hood and Artemis. Either way, Jason seems to have two awesome women, so he’s not in a position to complain. Although, it’s still a bit strange Isabel is back in the picture the same time as Lobdell is reintegrating the All Caste. Jason has no clue, but as the reader, it only makes sense to be a bit suspicious.

One tiny complaint with the art — and this might be a bit knit-picky, even for a review. Pete Woods has drawn Jason Todd, the crime boss, as a very slender character. Obviously he’s still muscular, but by no means is he bulky. Then he puts on the Red Hood outfit and becomes bulkier. He’s not Ben Affleck’s Batman-big, but he has a little extra size. It’s a small consistency issue, but one that should probably be addressed. This might not be the only time that’s happened