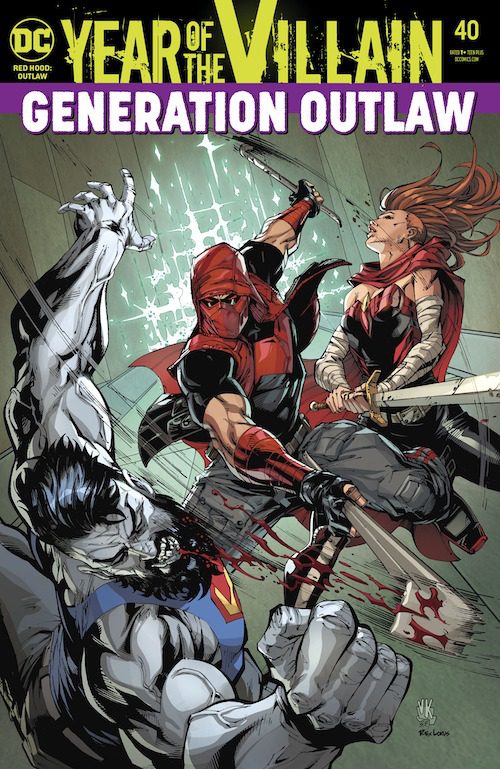 It took long enough, but Bizarro and Artemis are finally back. Clearly, they’re feeling a bit off from the trip. Plus, they haven’t seen the new-look Red Hood either, which could explain their reaction to seeing him.

Now, I’m willing to bet they’ll all clear things up soon. I wonder if Scott Lobdell initially had Bizarro react in the manner he did as a way of poking fun at those who first took umbrage with Red Hood’s new outfit. Almost as if saying “yeah, Bizarro and Artemis don’t like the new uniform either.”

Now, we had a pretty good idea that Artemis and Bizarro were coming either this issue or the next based on the cover. They got out of the alternate reality they were stuck in a while ago, so this wasn’t a major surprise.

What was a bit of a surprise: Jason’s explanation for why he took on the role of teacher. He was getting lonely without his friends.

Now, Red Hood fans already know Jason is a softy deep down. But moments of affirmation like this are still very much necessary for the character’s development — especially since he’s been without his last real group of Outlaws, not the ones he worked with at Penguin’s old casino.

Last tiny thing, Red Hood’s remark about it being his job to make sure his students don’t get “beaten to death with a crowbar” was a laugh out loud moment. DNA’s response, “That was oddly specific,” was the icing on the cake.