Red Hood and the Outlaws #16 Review 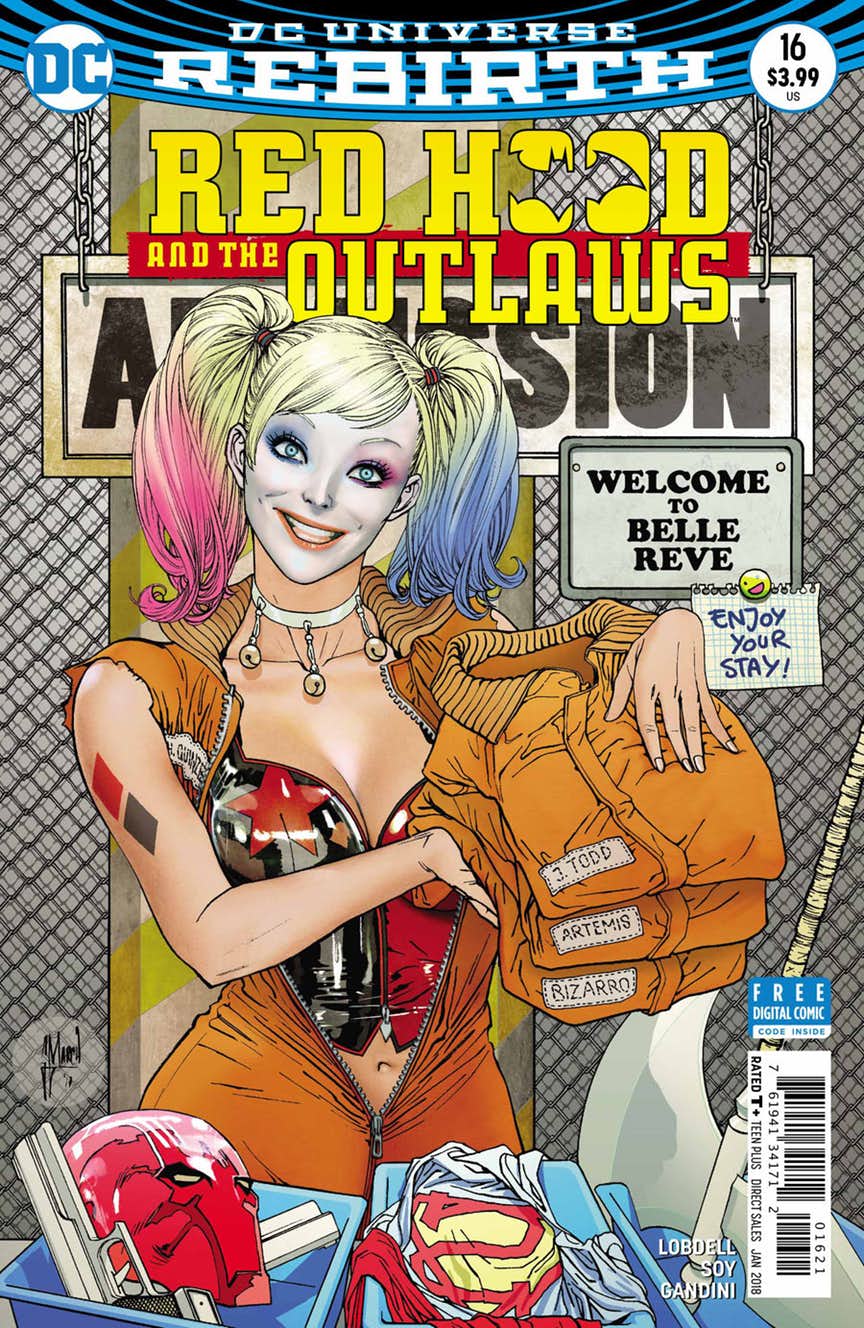 This new issue of Red Hood and the Outlaws continues with Bizarro being incredibly intelligent and the Outlaws interacting with members of the Suicide Squad as they set up to go off on a new adventure. This book opens with a band as Jason is tied up and being interrogated by Captain Boomerang. It’s a joy to see how he tries to get himself out of the situation. I feel like no matter how many times we see Jason tied up, he’ll always find a way out as it’s probably the one thing he hates the most and never wants to be in that situation ever again.

I feel Red Hood growing stronger and into his own in this series, it’s apparent as he sits and you can see the calmness on his face and in his eyes. He knows he’s going to escape and the set of skills he showcases proves that he is able to handle his own incredibly well. One of my favorite things about Jason is how brutal he can get with his physicality even though we now have a Jason that is willing to hold back so he won’t kill. Probably one of the most enjoyable moments of the issue is reading Harley diagnose Artemis. Harley acting like the doctor that she used to be is always great as you can see that she knows what she’s doing and can probably even bring some sort of insight to whoever she talks too. 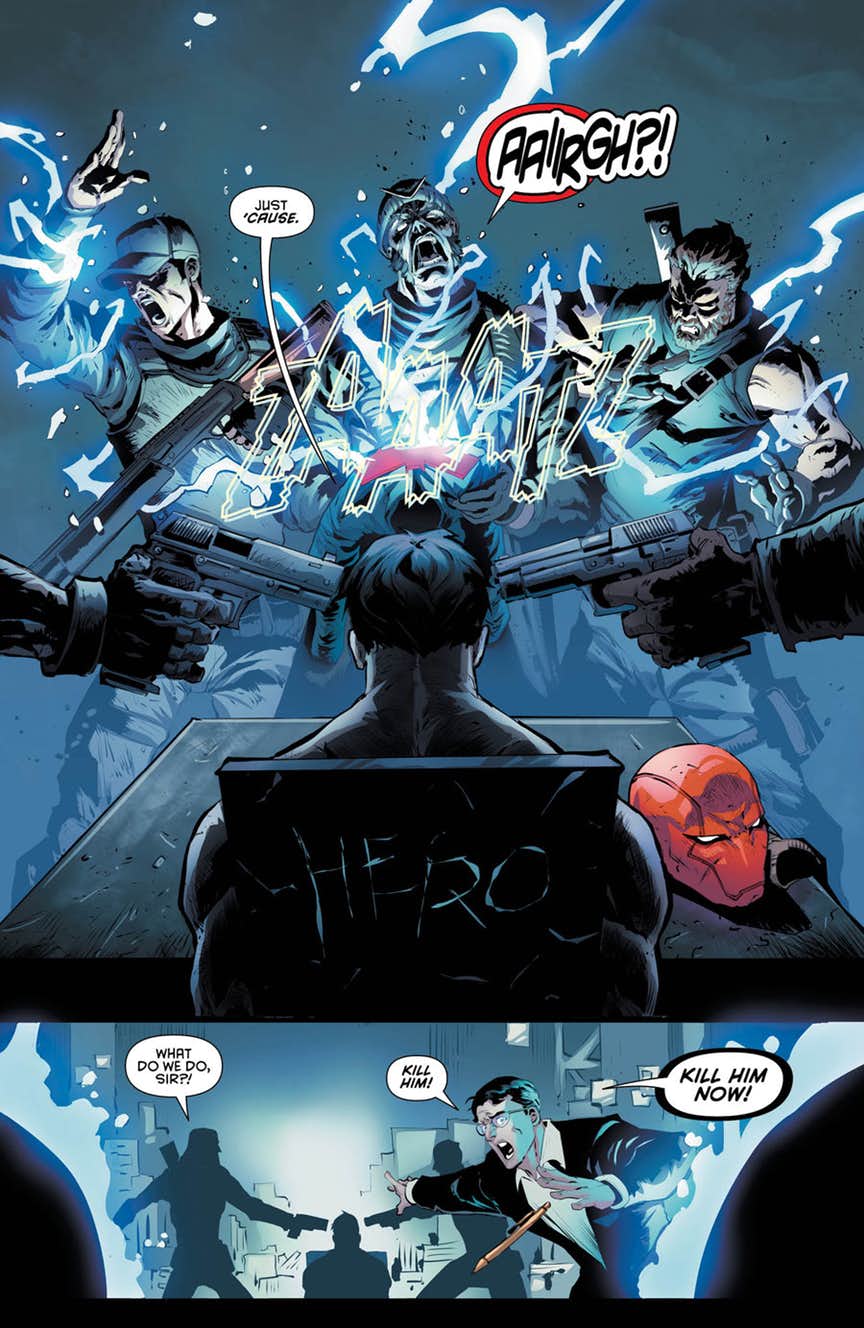 What’s even more entertaining is how Artemis is just not having it but doesn’t let Harley drive her crazy. The moment we see Harley pull a giant mallet from out of her pillow,  This right here is why I have been enjoying this run.

Red Hood and the Outlaws embraces on being a comic book with ridiculous moments such as this and also knows when it needs to slow down to develop its characters. We actually don’t get a lot of action panels through this issue but the banter between the characters is still enjoyable and fun. Especially when Artemis explains to Jason about escaping from Harley and wonders why anyone should be worried about her. The issue slows down when we get to Bizarro and Amanda Waller. This whole portion is used to set up the two teams forming together to yet again save the world. We see them throw on these vests with no explanation as they leave out into the blistering cold to find a creature known as Harvest.

Scott Lobdell shows he knows how to handle these three characters and is still delivering a fun adventure with this opposite trinity of heroes. The three continue to grow as a team and even more as a family. The only thing worrying is seeing if Bizarro’s intelligence will hinder this team or betray them.

DC comics dextor soy Red Hood and the Outlaws reviews Scott Lobdell
Are you an Insider?News, reviews, & updates are just the beginning.