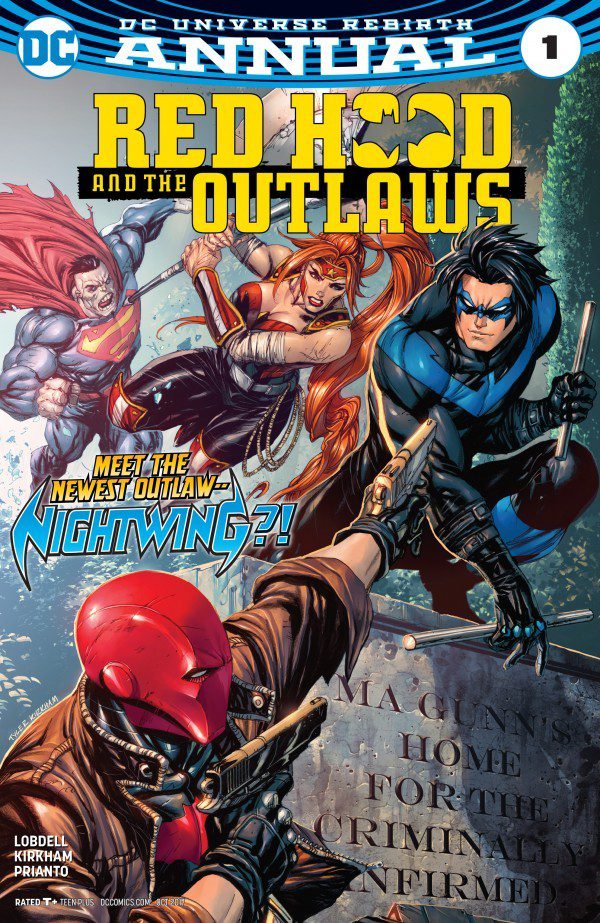 Red Hood has ditched his former team of Arsenal and Starfire, for Bizzaro and Artemis. Three unlikely people thrown together to help save the world, and even bond a bit.

opening with a second rate villain the outsiders beat before, he hires KG Beast to take down red hood. We see Dick Greyson attending a circus, which happens to feature 3 outlaws in disguise. Dick meets with Jason and the outlaws after the show. Jason explains they took the job at the circus to follow some Russian gang members they kicked outta Gotham. It’s revealed that Jason looks up to Dick, ever since he was a little kid watching him in the Flying Graysons Act. Dick agrees to help and goes undercover as “Flippy Flop the Acrobatic Clown”. Later that night, the outlaws and Dick are sharing a bonfire with the rest of the circus, Artemis and Dick go off to talk about how he and Jason met, Meanwhile Bizzaro is fascinated with a masked woman playing a violin. Jason makes him talk to her, she turns out to be a bearded woman, Bizzaro claims she’s the most beautiful woman he’s ever met, and the two kiss.

The outlaws are invited to help the ring leader with a “Job” outside of the big top, without “Flippy Flop”. They show up and are tossed in a room with KG Beast, now known as just Beast. The trio are fought to a stand still by Beast when suddenly Nightwing appears and turns the tides. They are able to knock out and have beast arrested. Nightwing and Red Hood share one last moment before parting, stating he’s happy to see Jason acting so maturely and taking care of Bizzaro. 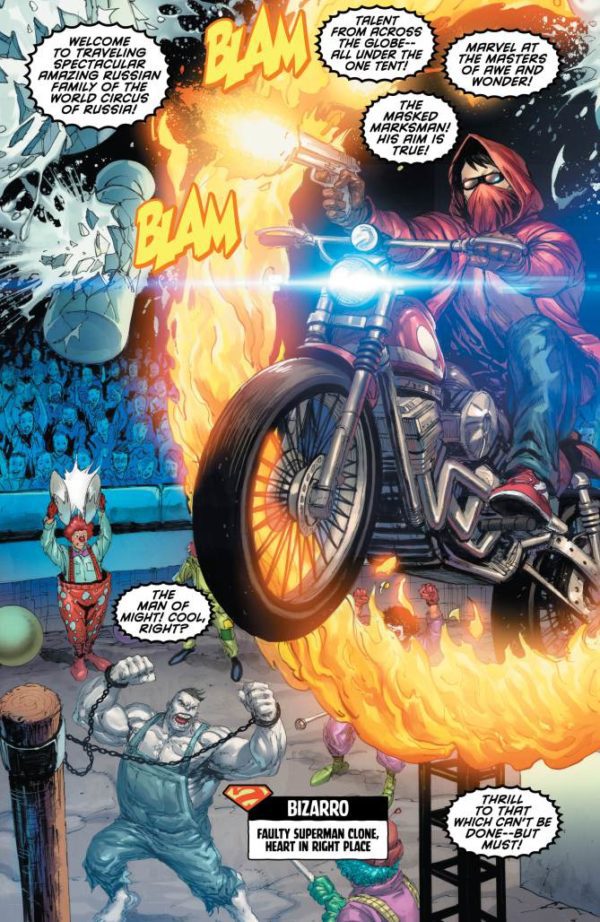 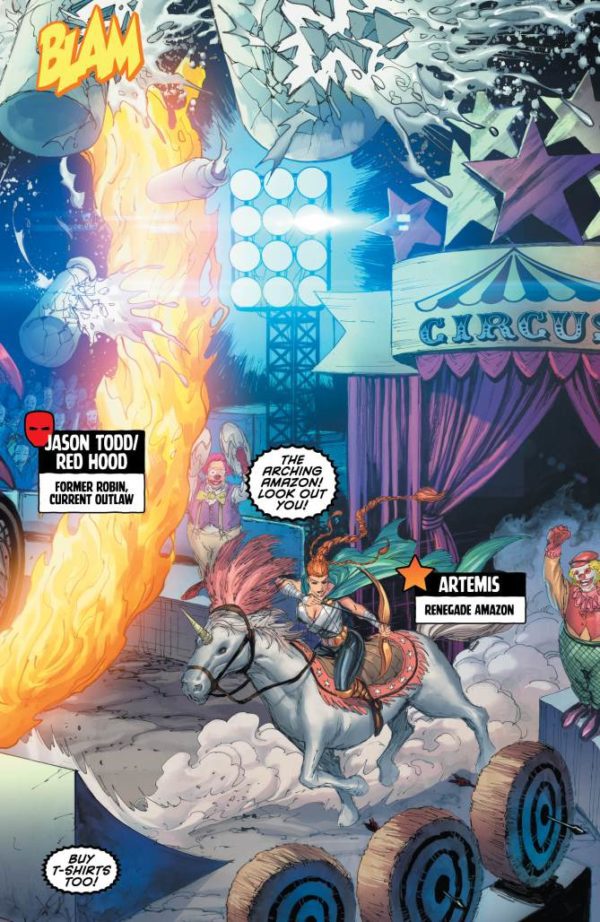 This issue was mainly a nice character building back story for Jason Todd and Dick Grayson. Showing how the two didn’t get along and often came to blows over things such as beds. A great re-introduction for KG Beast for DC Rebirth, shows him being able to take on Red Hood, Artemis, and Bizzaro with little to no difficulty. If you only want to pick this issue up for the gorgeous art, it’s still worth the cover price. Red Hood and the Outlaws Annual #1 is nothing amazing, nor is it a must buy annual. It had a great story filled with some interesting character development. One of the weaker issues in Red Hood and the Outlaws but by no means is it bad.