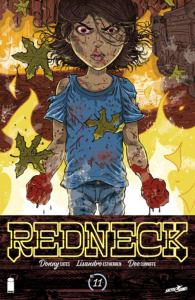 The cops are closing in, the Landrys have the upper hand, and a psychic vampire is about to learn the truth about her past.

It’s hard to discuss Redneck without first discussing the phenomenal run of Donny Cates. After batting a thousand in 2017 with stand-out indie titles such as God Country, Babyteeth, and Ghost Fleet, Cates kept the momentum going by revamping Marvel titles including a solo adventure for Thanos and the best run of Doctor Strange in the past decade. This kind of prolific writing is often reserved for distinguished authors like Isaac Asimov or Stephen King, but here we are - witnessing a run on par with the Super Bowl titles of the New England Patriots. And, in case you were wondering if Redneck keeps up the pace – hell yeah it does.

Cates has positioned Redneck #11 as the crux of the series going forward, and promise pays off with a magnificent issue filled with enough action and backstory to keep readers talking until next month’s issue. Picking up from last month, the Bartletts are on the ropes. Their patriarch is gone, the tables have turned with their rivals, and the authorities on the way to take them to the pokey. Their only hope for escape: Perry – the “youngest” vampire of the Bartlett family. Perry finally gets her moment in the sun, no pun intended, and the shadow cast from her past will stretch long into future issues. 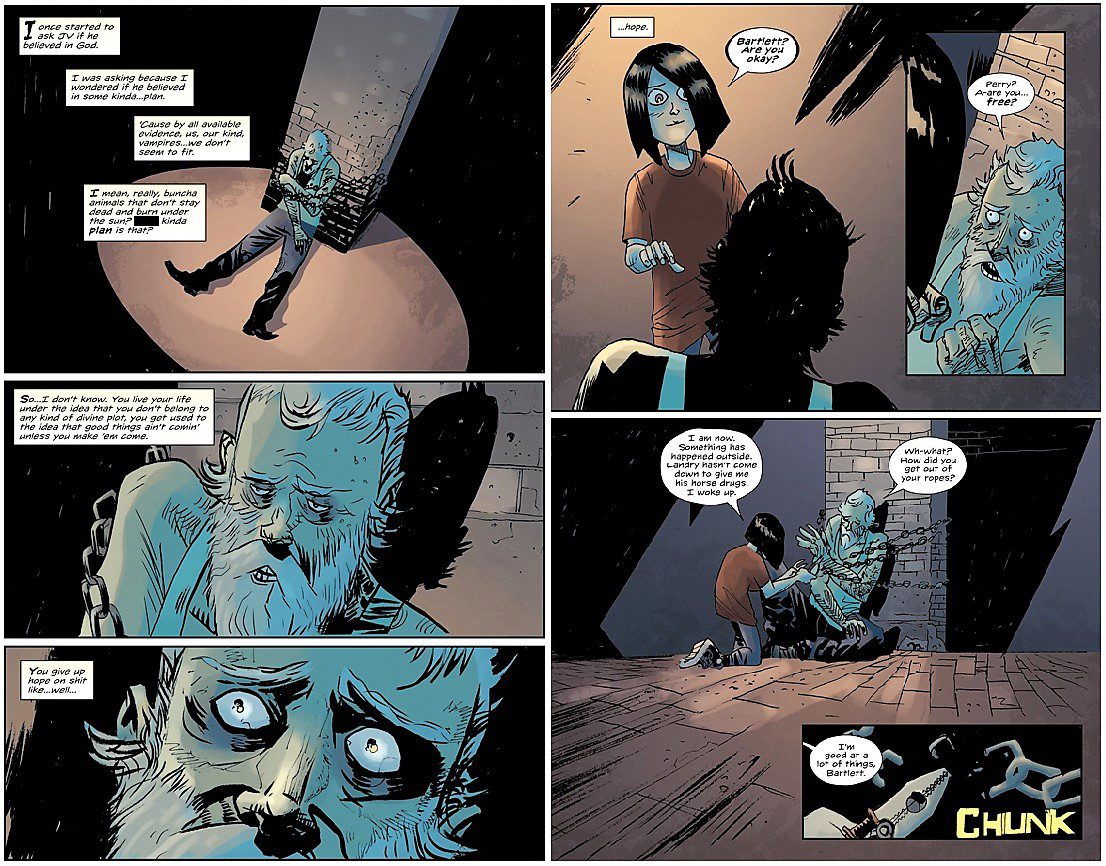 Throughout the issue, flashbacks tell the story we’ve been waiting for – Perry and Grandpa. This story has been a ticking bomb and it will not disappoint as we get to see Grandpa in all of his violent glory. The surefire dialogue and storytelling push the plot in unexpected directions, often giving answers that lead to deeper and more pressing questions. Is JV really dead? What happens if cops catch a gang of vampires? How will Perry’s revelation change the family dynamic?

Much like Decoration Day by Drive-Truckers, the surrealistic westerns of Cormac McCarthy, or the southern gothic tales by William Faulkner, Redneck consistently sets an emotional tone by telling a familiar story of family grudges steeped in multi-layered characters. By combining well-written characters and complex stories, Cates has found a subtle balance between the personal and the otherworldly. In the case of vampires, the feud between the Bartletts and Landrys is the definitive Southern dispute that ultimately cannot die. When life has no end, the violence and lies have consequences that can last forever.