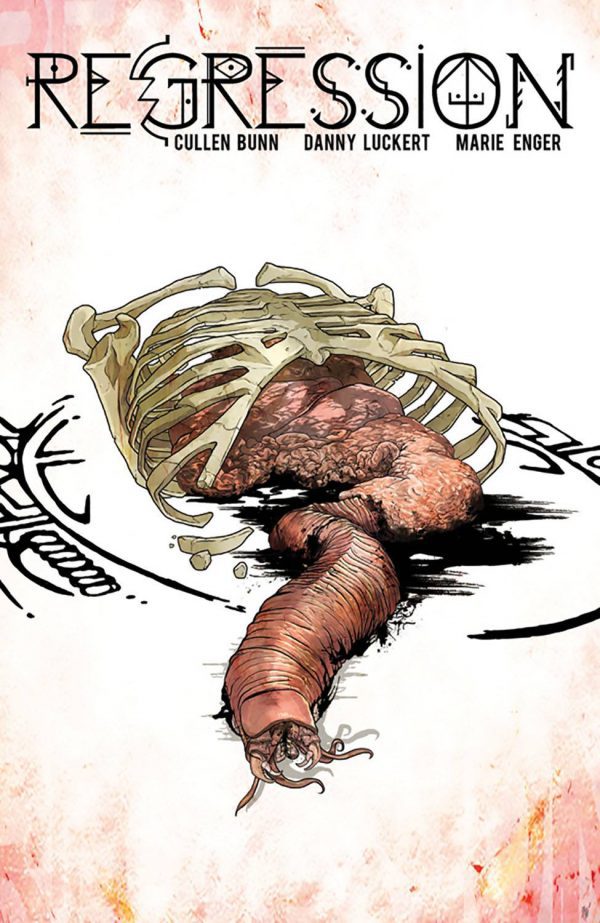 Full disclosure: I am not what you would call a horror fan.

Suspense, however, mixed moderately with disturbing imagery - or stunning, depending on your take - and sprinkled with real, believable human interaction, and I’m all in, boots under the table, with an iced coffee to keep me company. 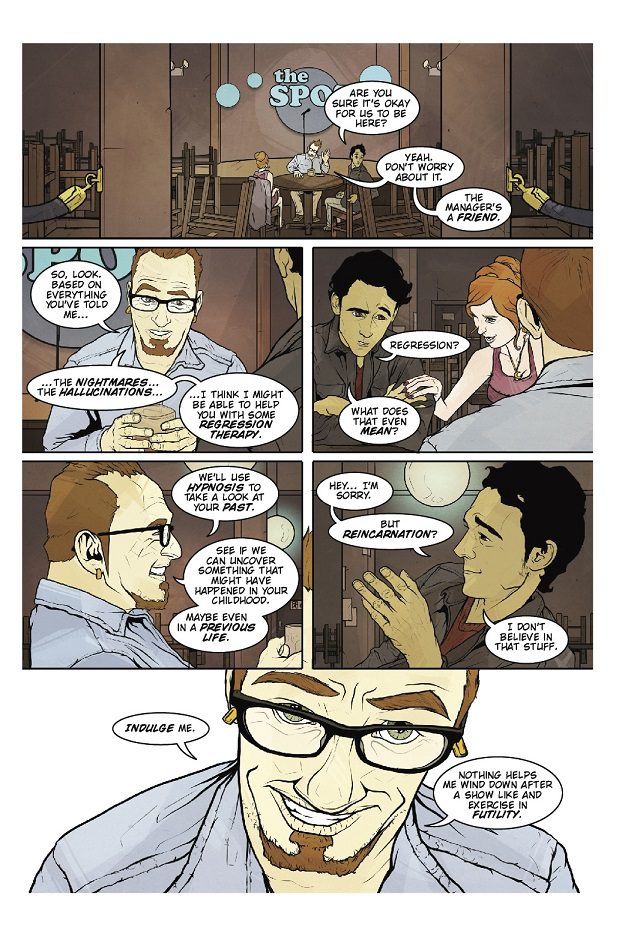 Regression is that kind of comic.  My few dealings with horror/suspense came in the offerings of Punisher MAX and The Cross Bronx; both beautiful, surreal takes on comic book realism not too distant from our own reality. If you enjoyed either of these titles, and by all rights you should, then Regression shows bright promise with its first issue.

Regression follows main protagonist, Adrian, who suffers from vivid, horrific visions of events he can’t quite explain, but feel unsettlingly familiar. His friends know something is up, and others believe he’s on drugs; a suspicion that seems much more comforting than the truth. Adrian doesn’t just suffer these visions in his sleep, they manifest to the point where he believes he’s hallucinating, and they’re getting worse. 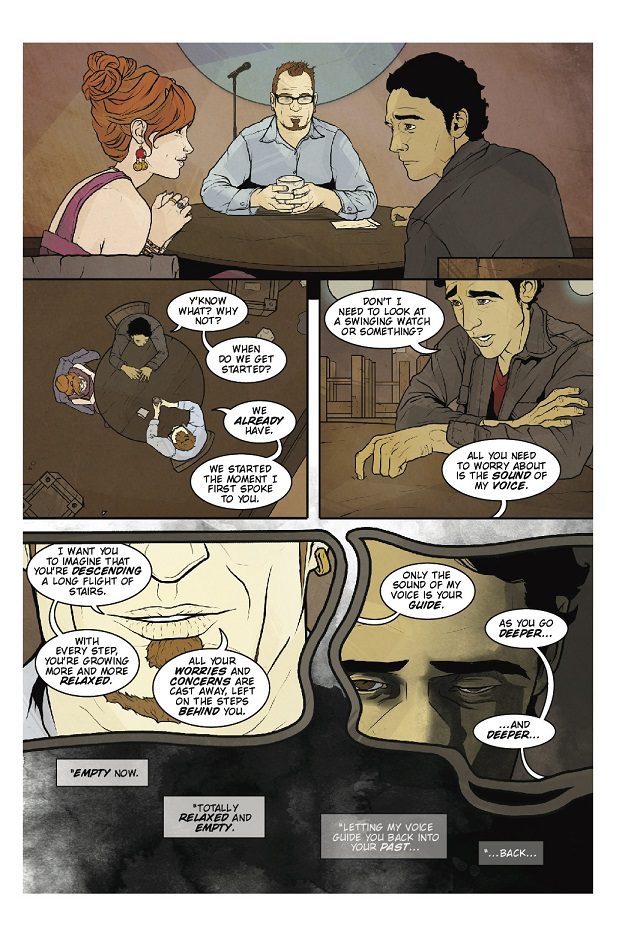 At the suggestion of his best friend Molly, Adrian decides to undergo “regressions therapy” using hypnosis to take a look into Adrian’s past. The two soon meet up with Sid, a hypnotherapist and comedian, and after their first successful session, Sid suggests a past life is quarreling with Adrian’s current one.  But because of Adrian’s dismissive skepticism on reincarnation, Sid deduces that there’s something wrong with Adrian’s subconscious. It could possibly be a schizophrenic personality, or; something followed him back through the regression therapy. Adrian’s condition devolves from bad to worse than horrific. No spoilers, but trust me, if you love disturbing and shocking cliffhangers, pick up Regression.

Regression’s artist Danny Luckert channels a gritty, detailed art style that falls lovingly between Fiona Staples and Steve Dillon. Writer Cullen Bunn starts with a bristk pace and it’s a bit fast. There’s a couple instances where Adrian’s skepticism seems to wane all too quickly in order to appease his friends, but it’s hard to say this is a writing quirk. I’m inclined to think it may be a character flaw for Adrian desperately seeking help, but not wanting to burden his friends. Regardless, this doesn’t take away from the genuine interactions, disturbing imagery, and shadow of intrigue lurking around every corner. Regression shows a lot of promise, and - insert bad pun - doesn’t seem to regress anytime soon. Regression comes out May 10th, so be sure to add it to your weekly pull list.