It looks like fans of Kaiju vs. Robot battles will have to wait just a little bit longer. Deadline is now reporting that Pacific Rim: Uprising will now be released one month later than originally announced, moving from a February 23rd,2018 release date all the way back to March 23rd, 2018. Take a peek at the SDCC teaser trailer below.

No official reason has been given for the change in release date however many industry insiders are speculating it is due to the February 16th, 2018 premiere of Marvel’s Black Panther. This strategy makes sense due to Marvel being the dominating box office force of the past decade. This doesn’t mean that Pacific Rim: Uprising won’t be facing some stiff competition; the following week sees the release of Steven Spielberg’s highly anticipated adaptation of Ready Player One.

Taking place ten years after the Battle of the Breach, Pacific Rim: Uprising sees the surviving heroes return from the first film as well as a welcome additions John Boyega (Star Wars Episode VII: The Force Awakens, Attack the Block), Scott Eastwood (Fate of the Furious, The Longest Ride, Clint Eastwood’s loins), and newcomer Cailee Spaeny. While not many plot details have been revealed, we do know that the evolution of the Jaeger program means new giant robots that will assuredly be battling new giant monsters. 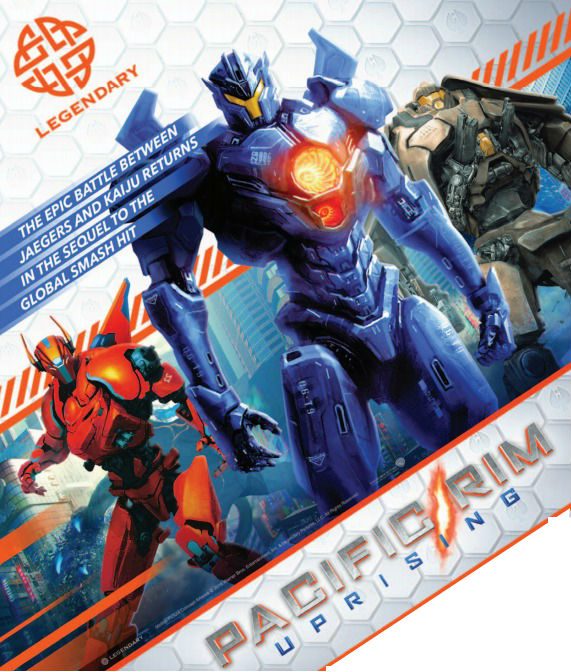 Are you excited for Pacific Rim: Uprising? Can John Boyega add to the sparse story from the first film? Comment below and stay tuned to GWW for more movie news.