This is the one. I’m smitten. The X1 Carbon is a beautiful device that clearly draws from years of innovation and refinement, along with market demand for faster Ultrabooks. All the credit in the world to Intel and other manufacturers for the engineering behind the components within the ThinkPad. When it comes to end-user experience, the engineering that is in front of your face and on your fingertips and palms is the work of Lenovo. this is the peak design of Lenovo’s ThinkPad line. It’s also the best Lenovo product I’ve ever used. Bear in mind that I’ve reviewed more than a dozen Lenovo products including gaming laptops, desktops, tablets and even phones. If you’re looking for a powerful Ultrabook that will last through the work day, this is one of a few recommended devices. If you want that same device to feel great and withstand some light abuse, you must consider the X1 Carbon.

What I don’t love

I love it on the Inside Too

Our test unit has an Intel Core i7-7600U (up to 3.9 GHz) with a 4MB L3 cache, 16GB of RAM and a 512GB Opal 2.0 NVMe SSD. The latter is a configuration option I could not find on Lenovo’s website. That is the only difference between the $1,500 and $2,000 configurations. You IT folk out there will be familiar with Opal. It’s a storage specification for enhanced security and is a derivative of Self-Encrypting Drives. The actual storage device is a Samsung PM631 SSD. This is a solid drive and even Razer stocks in their mid-range gaming laptop. Our friends over at Hot Hardware used ATTO to run a benchmark. I was shocked, to be honest. Perhaps its the dual-core CPU that makes the PM631 a great fit for the X1 Carbon. Anyhow, they clocked over 3GB/sec read speed and over 1.4GB/sec write speed in their X1 Carbon unit. They went on to use SunSpider to benchmark their unit against other Ultrabooks in a variety of tests. You should check it out if you’re serious about this device. My interpretation of their findings is the X1 Carbon is a seriously fast device that manages solid battery life (hence the 1080p display).

Among all of this, what surprised me is the RAM selection. Lenovo opted for LPDDR3 1866 instead of the latest LPDDR4. At first I thought this was a power saving issue but, as it turns out, LPDDR4 has a 0.1V lower required nominal operating voltage. This pulls the clock speed down for less intensive tasks. It’s widely considered that LPDDR4 is an improvement in data bandwidth capacity (think 4K video recording) and power consumption. However, according to my contacts at Lenovo, LPDDR4 was not selected because of it’s height dimension, as well as Intel’s Kaby Lake CPUs lack of compatibility. Thus, Lenovo chose the best RAM for their product based on these critical considerations. 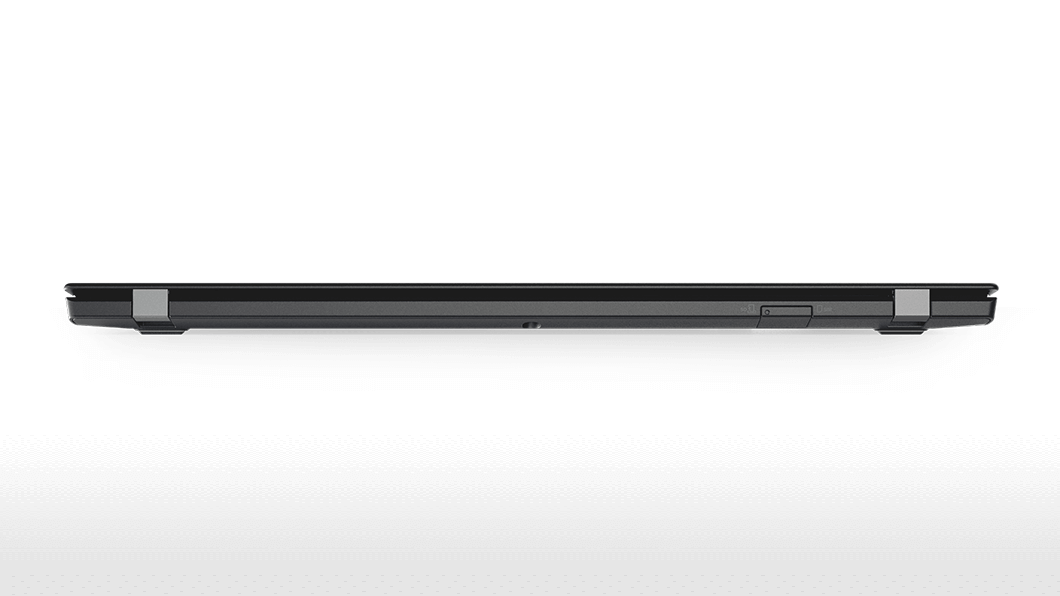 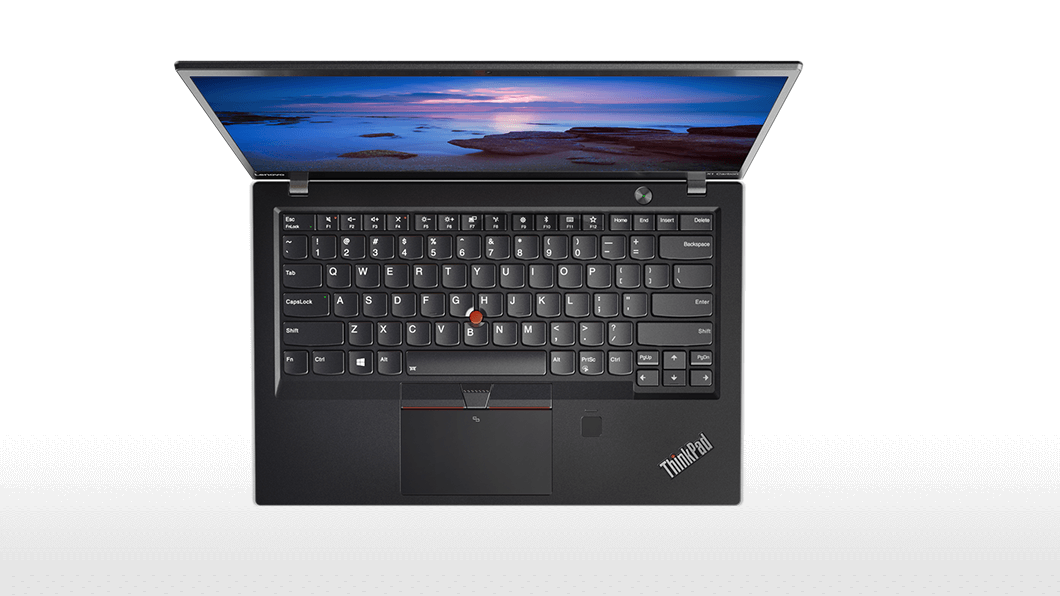 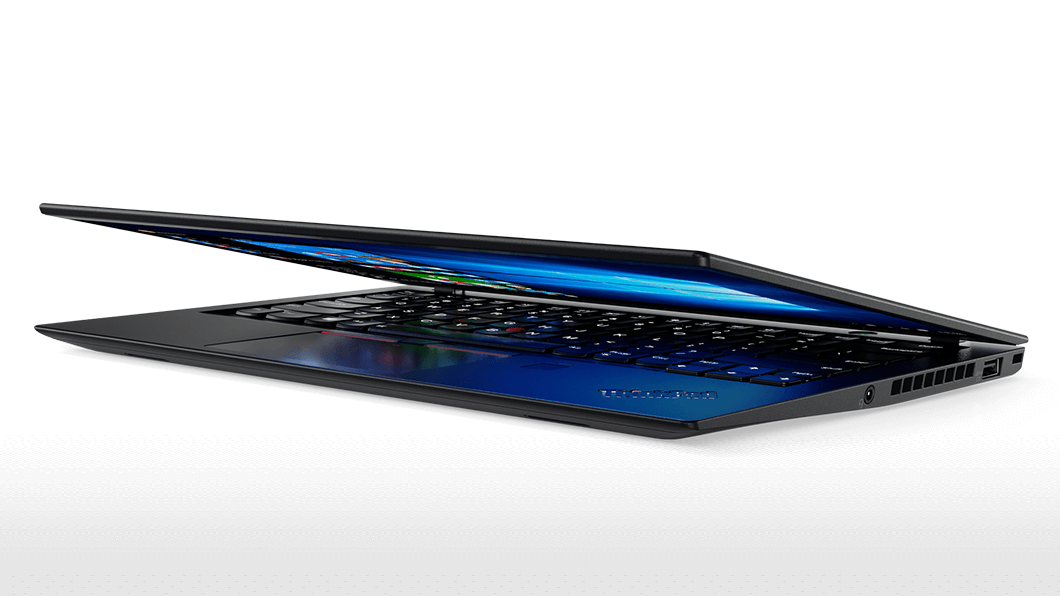 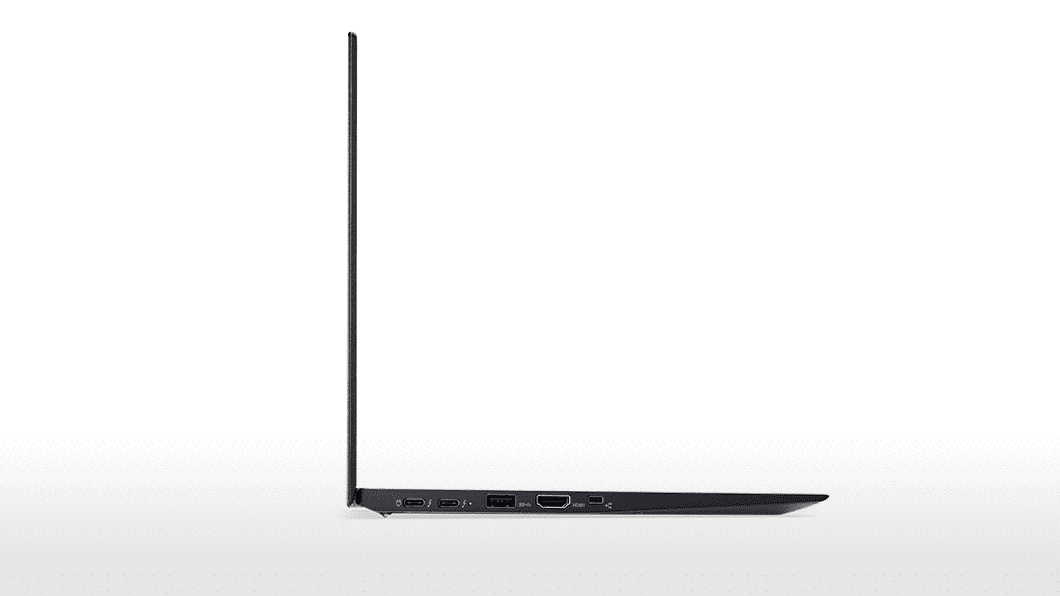 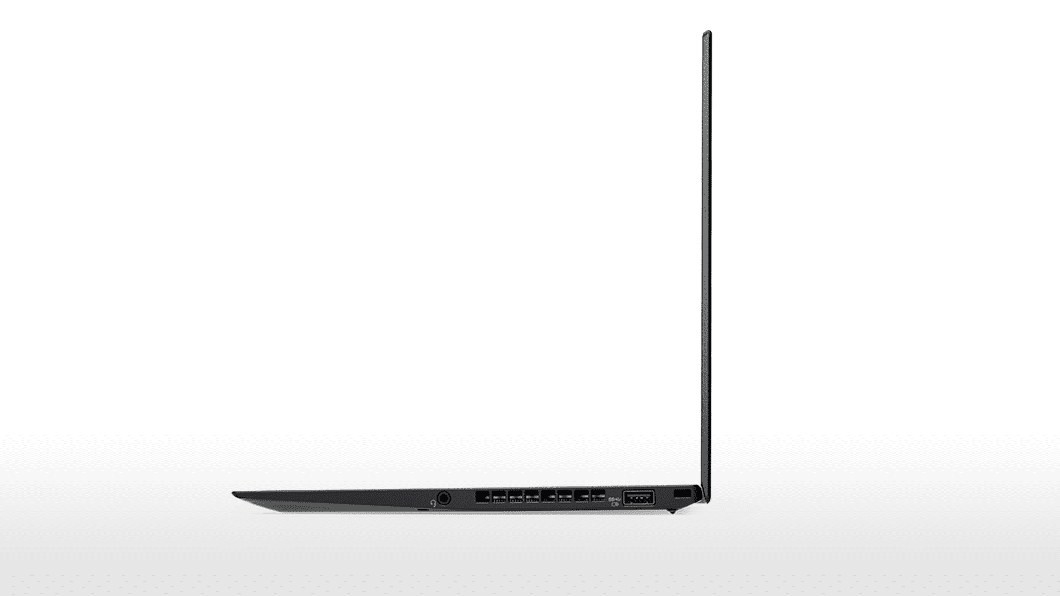 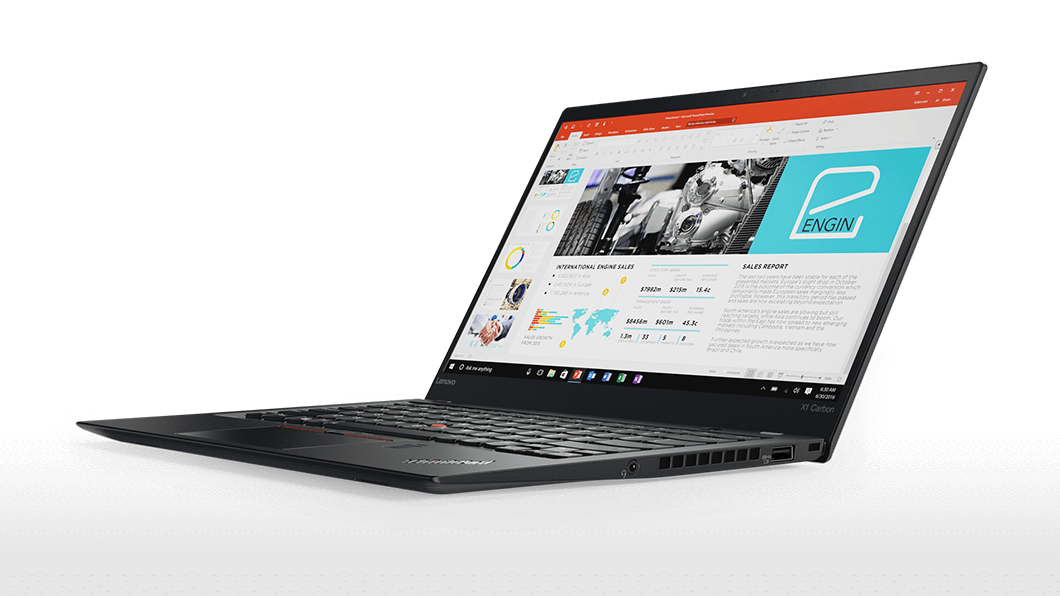 From the moment you pick up the 2.5Lbs X1 Carbon you’ll know it is a premium device. Moreover, if you have any familiarity with the ThinkPad line you can tell the X1 Carbon is a direct reflection upon the 20+ years of experience the ThinkPad line has had with the business world. It’s durable, thin, powerful, with thin, 5mm side screen bezels that give the otherwise basic display a real pop. At 1080p with a matte finish, the screen isn’t consistent with the overall quality of the device. But I do appreciate that battery life would have taken a hit had Lenovo gone with a sharper display. Rumor is a QHD screen is coming later this year. What it really needs is an OLED screen like it’s sibling, the ThinkPad X1 Yoga. But, again, battery life would suffer. It’s difficult to say which configuration I’d prefer unless I had them side by side.

The all-black chassis of the X1 Carbon is smooth to the touch. It has a more welcoming feel than the cold finish of other laptops I’ve used. The chassis measures at 12.74 x 8.55 x 0.63 inches, yet features a 14-inch display. Thus bringing a modern design to the ThinkPad or business world. I took the X1 Carbon to work and it didn’t turn most heads. It’s doesn’t have Razer’s Chroma keyboard or a giant ASUS logo on it. It doesn’t draw attention to itself. But when handed it to my colleagues, several began to ask me questions about the battery life and price. If they were to spend more time with the X1 Carbon they would fall in love with it’s portability and effectiveness. More on business use later.

Throughout it’s 5 generations, the Carbon line has been built from a magnesium alloy with a roll-cage underneath to help withstand the beating from business travel (i.e. planes, trains and automobiles). According to Lenovo, the X1 Carbon can resist spilled drinks, drops and knocks and is tested against 12 military-grade requirements and passes more than 200 durability tests. I can’t think of more than 10 durability tests so that’s quite an impressive number from Lenovo.

Of course, durability is an aside if the device doesn’t have the right I/O! And it does…it really does. The X1 Carbon has two USB 3.0 ports, full HDMI out, and two USB-C Lighting ports! Two! And the included AC adapter works with either one.

What do we do in the business world? Sales professionals such as myself, often find ourselves in Microsoft Office. We fiddle with 10MB PowerPoint files, 100-page Word documents, multiple Excel spreadsheets and, of course, Outlook. My weeks of dedicated business use with the X1 Carbon was a joy. From Office work to video conferences; in trains and on planes; at coffee shops and the couch, the X1 Carbon has become my favorite business laptop.

Any Excel power user is going to balk at the 14 inch display here. Particularly at 1080p, you simply can’t manage too many spreadsheets or, perhaps, even a single very complex spreadsheet. If you’re a DBA and have multiple environments running, you’ll find the display and RAM insufficient. You can’t upgrade the RAM, as it is soldered onto the board. If you need more than 16GB, this isn’t the laptop for you. As it relates to overall power and speed, our demo unit was very responsive opening Microsoft Office applications and managing multiple Chrome browser tabs. In fact, Microsoft Word and Excel each open in under 2 seconds with the unit running on battery in “balanced” mode.

For business travel I first took the X1 Carbon from Portland to Seattle for a day trip. At full charge in the morning I made it through a day of note taking, email and downloading Path of Exile (they dropped a new expansion!) over public WiFi. I left my home at 4:30am and returned at 2:30pm. The X1 Carbon’s battery level was at 57%.

Obligatory statement: Lenovo’s ThinkPad X1 Carbon is not a gaming laptop. And now the fun part!

You should refer back to Hot Hardware for a comparison of gaming performance against similar Ultrabooks. My experience is a bit more real-world and, thus, mostly subjective. I suppose one might ask why I’m even including this in my review. Well, there are decades of great games out there that align really well with the X1 Carbon’s GPU: Intel’s 620HD.

Hellblade is basically unplayable on the X1 Carbon. You can drop the resolution and gain 20-ish FPS. That’s helpful, but the game doesn’t look great. Playing a great game like Bioshock Remastered on the X1 Carbon is a great experience. I played a few other games as well, such as FTL and Path of Exile. The X1 Carbon can hold it’s own.

Throughout my time of replacing my primary laptop with the X1 Carbon, I had one repeating issue: the trackpad. Scrolling and moving the cursor feels good, but the sensitivity is too high. Even set to “low” I had the same inadvertent action happen repeatedly: soft-clicking. the trackpad would assume my regular scrolling was actually me clicking. It’s annoying to say the least. More specifically, it occurs when I would remove one finger from the touchpad instead of both at the exact same moment. I’ve already mentioned the display resolution. I can say I did get used to it; but when I switch back to my other laptops that are 2K and greater, I struggle to revert back to the X1 Carbon.

Who Should Buy the X1 Carbon?

Starting at $1,349, the X1 Carbon delivers strong performance in a flexible and durable chassis. It never felt hot and I rarely heard the fan spin up for more than a single second during business use. That makes it one of the quietest i7 laptops I’ve tested. It’s a near perfect laptop for business users, educators, and students. It’s sub 15″ screen makes it less ideal for photo and video editors, and it’s not a gaming machine. What it does, it does well. And anyone that owns it will be delighted with their experience.