“This is just a cameo at the end. I’m good at that,” Hamill joked as he crashed Johnson’s panel and surprised fans.

The two were also at the festival for the premiere of the documentary, The Director and The Jedi, which follows Rian through the process of filming Star Wars: The Last Jedi. The documentary covers many topics, including the fans reactions to the directorial announcement to Mark Hamill’s thoughts regarding Luke Skywalker’s motive in the film. 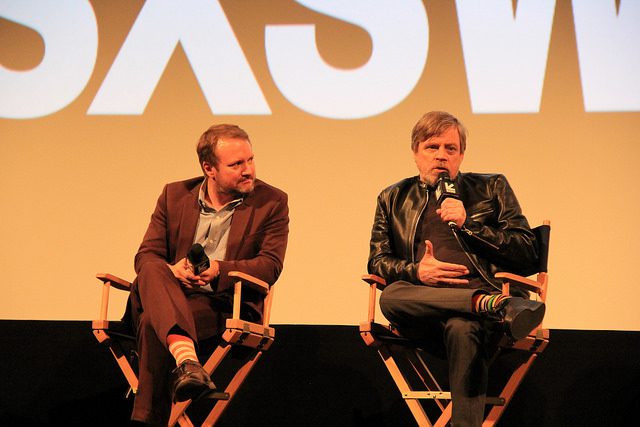 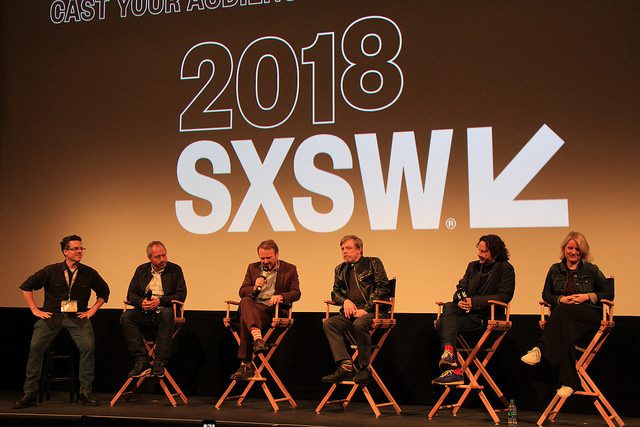 If you were unable to make the premiere during SXSW, not to worry as it’s also featured in the bonus features of The Last Jedi Blu Ray.

On the subject of the documentary, Johnson stated, “We thought, let’s get a real doc filmmaker who is going to have a perspective,” He went on to say, “It is amazing how quickly you forget that they’re there,” said Johnson, joking, “Amazing and scary.”

You can check out the full panel below: