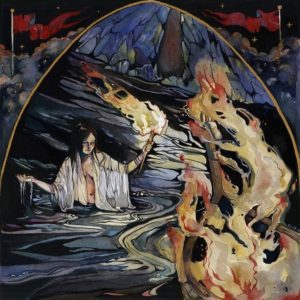 Regarding the new track, RIVER BLACK vocalist Mike Olender comments: “”Low” is an expression of horror at how religion can become twisted and manipulated by charlatans and demagogues. It was inspired by a news report I heard about a journalist who spent some time with the now-deceased Isis leader “Johnny Jihad”. It revealed how this man used brutality with the purpose of inspiring others with similarly twisted minds. He used videos of his actions as recruiting tools. I was struck by the thought that there are people out there who not only wouldn’t be repelled by these horrific videos, but actually excited and inspired by the images of this man gleefully sawing off the heads of the orange-clad victims kneeling before him. Faiths have always had these characters throughout history, but it is surreal to realize we are living in such dark historic times.”

Here is their new song LOW: