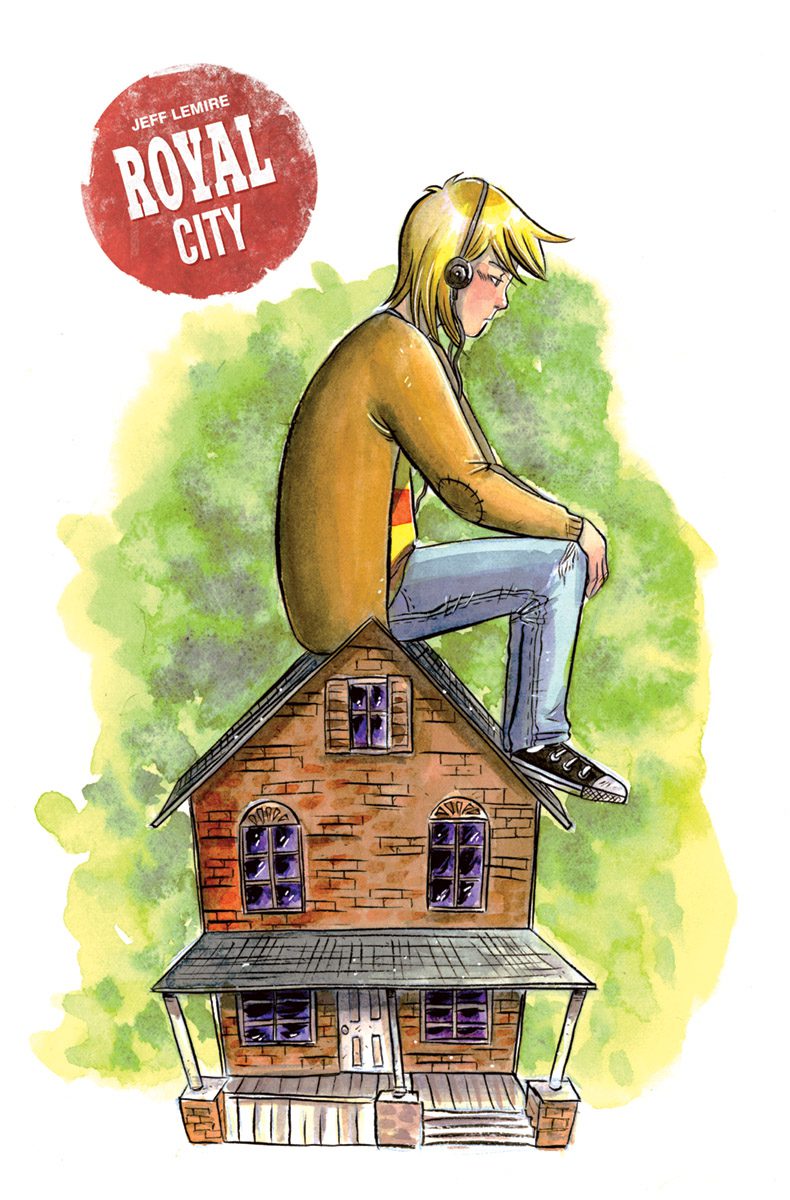 We are at the end of Royal City with issue 14 and I’d say it has been one heck of a ride. Patrick gets very much needed closure for himself on many things going in his life. The whole reason he took this trip back home was to get away from everything which is ironic since he wanted to leave Royal City for so long when he was young. What I don’t think he was expecting is reconnecting with his family as they all finally come together in the end of the series and are moving on together. Being able to let go is the main theme for this issue. For so long everyone in the family was stuck in a moment due to Tommy’s death and that was what also caused the family to slowly slip away from each other.

As I said in a past review, the biggest problem with them was just the constant hiding and lack of communication from each other to be able to move forward. I find that to probably be the most amazing thing about the story here. A lot of families to fall apart in different ways but a large part of it always seems to be the lack of communication. Reasons could be from not wanting to feel disappointed or to hurt someone. Everyone here found their own way of dealing with their grief but it had seemed to just only affect them negatively because of the unwillingness to be together as if they either blame someone or themselves for Tommy’s death. What this story showed was that you need to be able to confront things in your life like how Patrick did with his wife regarding him using Tommy’s journal to write his own book.

Have you seen this:
“Knighted” gives AWA Studios its Batman

Everything in this issue flows really nicely. It has a very different vibe as everyone is finally coming off a bit happier. Lemire really did something special here with how got these characters to come across with his words and his art. Wands also deserves a lot of credit as throughout this series there were many internal monologues going on and the placements were very important and are a big key on how he got this issue to come off so seamlessly. Royal City brought us a family lost and it wasn’t about one person bringing everyone together. It was about each of them going through their own journey to finally begin a real change in their life and feels like a very proper ending for the family here. The loss of Tommy will and shall always be sad, but it could’ve been worse, as it felt like each member could’ve been lost at any moment. Instead, they recognized it before it was too late and are finally trying to be a family again.