Get ready Doom Patrol fans, it looks like we have our Negative Man!

Last night Riley Shanahan, the actor who portrays the physical version of Robotman, posted a photo with Robotman voice actor Brendan Fraser. While this is awesome in its own right, the best part was the background of the photo. You can see headshots of the entire cast with their roles listed under it. We know who everyone is so far except Larry Trainor, aka Negative Man. In the background, you can see a headshot of actor Matt Bomer, with what looks like ‘Larry Trainor’ as the caption to his photo. Check it out below. 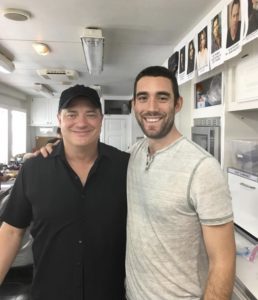 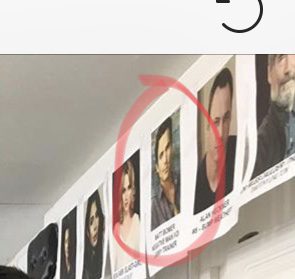 Now here is Bomer’s headshot as seen in Shanahan’s photo. 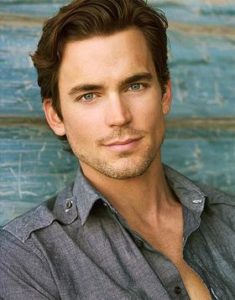 Based on the Negative Man set photos, which show a person with Bomer’s exact physical build, it seems pretty likely that Bomer will be portraying him in the show. Shortly after Shanahan posted this photo, he deleted it and reposted a cropped version that cut out the headshots. Pretty suspect, right?

‘Doom Patrol,’ based on the classic DC Comics property, follows a band of misfit superheroes led by The Chief, aka Dr. Niles Caulder (Timothy Dalton). Along with Dalton, the show stars Diane Guerrero as Crazy Jane, Brendan Fraser as Robotman, April Bowlby as Elasti-Woman, Joivan Wade as Cyborg, and Alan Tudyk as the villain ‘Mr. Nobody.’ It will premiere exclusively on the streaming service DC Universe sometime in 2019.