For many of us growing up in the late 80’s and early 90’s, our first venture into the beauty of Japanese animation most likely came in the form of nostalgic shows like Voltron, Robotech, or, in this case, Sailor Moon. Most people hear Sailor Moon and think it’s just a show for girls doing girly things, and you’d mostly be right, if by girly things you mean playing videos games, using super powers to save humanity, and causing gravitational disturbances with you powerful latent magic. Girly things, am I right fellas?

I always liked Sailor Moon, but I would cautiously admit it to other friends, even my own wife, for fear of reprisal. It wasn’t until my oldest son began showing interest in the series that I gained the courage to proudly admit my love for all things Sailor Moon. My wife was mostly unsurprised by this revelation. If you’re curious Chibiusa is my son’s favorite, but he’s got a Sailor Moon plush too.  He even got a close-up photo-op with an Usagi cosplayer at Ikkicon. So his reaction was quite predictable when he saw the Sailor Moon R: The Movie Blu-Ray/DVD box when he came home from school. It was pure excitement. 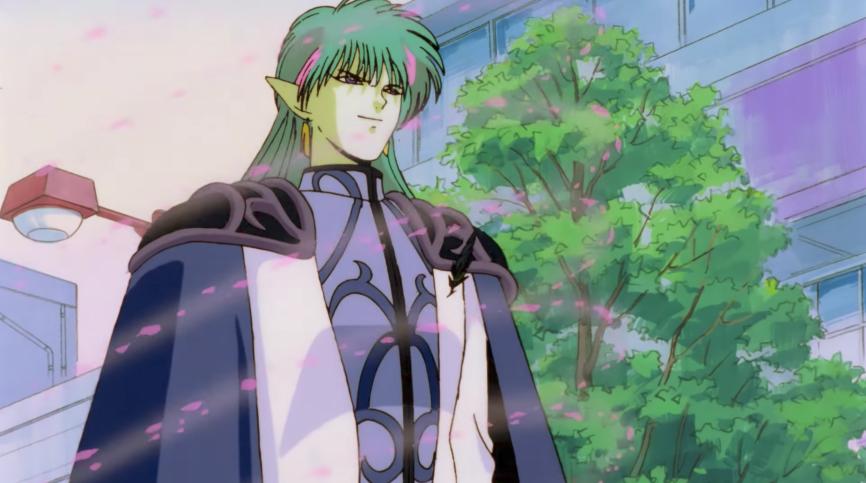 Sailor Moon R: The Movie plays with themes of romance, friendship, sacrifice, and the dangers of obsession. On that latter note, it plays more on the fine line between love and obsession. The story begins when Mamoru - or Tuxedo Mask - runs into an old friend, Fiore. And by run into, I mean aggressively approached by, and dismantling the Sailor Guardians in the process. Fiore was an alien who left Mamoru early in their childhood to find him the perfect flower. After finding a kisenian flower - a flower that corrupts and controls its owners’ mind - Fiore returns to Earth to show his love for Mamoru.

A showdown for Mamoru’s heart ensues and it’s up to the Sailor Guardians to save Mamoru from the possessive Fiore. But with Fiore being controlled by the kisenian flower, the Guardians struggle to save Mamoru, the earth, and themselves. It’s a story that will get any sailor senshi’s blood racing. The film is great for newcomers without getting them stuck in continuity.  Whatever your preference, both discs have audio from the original Japanese voice cast as well as the new English dubbings. The bonus features aren’t bad either.

For a Blu-Ray combo pack that isn’t a special edition, it’s got quite a number of bonus features.  Viz added the Q&A session with cast and staff from the LA movie premiere. It’s pretty great if you like getting to know the voices behind the characters. These types of bonus content usually get glossed over, but die-hard fans who enjoy intimate talks from voice actors will really get their time and money’s worth. The entire staff had really positive messages about what Sailor Moon represents. There’s an especially great message from Sailor Venus voice actress, Cherami Leigh. It’s pretty heartwarming. 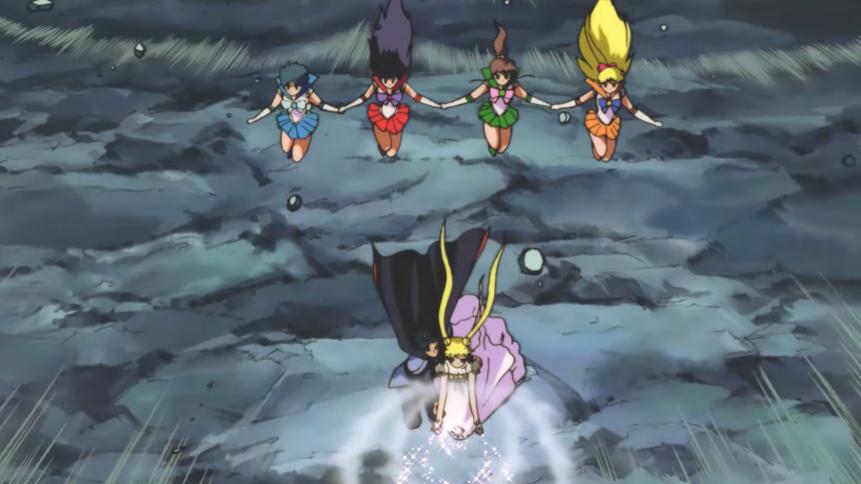 There’s also an animated short, Makeup! Sailor Guardians, that acts as a great introduction to the series in case you’re not familiar. Even if you are, it’s a great comedic primer for some of the emotional lows you’ll experience during the movie. It introduces viewers to each sailor guardian, and it’s only 15 minutes long, so you can convince friends to watch with you on the sly. As usual for the series, it’s very complimentary towards the guardians and deprecating towards Usagi.  The short’s addition to the blu-ray/dvd shouldn’t be glossed over carelessly.  It adds to the value of the combo pack as a great bonus feature.

The box sleeve is also noticeably fancy. Most jewel covers will have a simple gloss, but this has a holographic border along the edges too. It’s like something you might see on a limited edition box set.  It begs to be shown as a centerpiece for your movie library. With a few more features, an alternate box cover, the combo pack would really be worthy as a show piece.  Regardless, the detail is lovely and shimmering with moon prism power activate. Overall, fans of Sailor Moon will enjoy this packed Blu-Ray/DVD combo. Depending on where you decide to purchase, the film will run you $20-$25, and that’s a pretty great deal considering all its features. The price is also a great jumping off point for newcomers; low risk, high reward. That’s a win/win in my manga.