The last issue ended with the malevolent Dr. Koenig and Mr. Proctor locking forty children in a room and not allowing the door to be unlocked until there are only twenty left. Picking up right where it left off, Savage Things #2 magnifies the methods of Black Forest; the government experiment that kidnaps children and turns them into remorseless killing machines. The focus jumps back and forth in time between the kids being trained and the modern world, 25 years later, that is forced to deal with the now adult assassins. 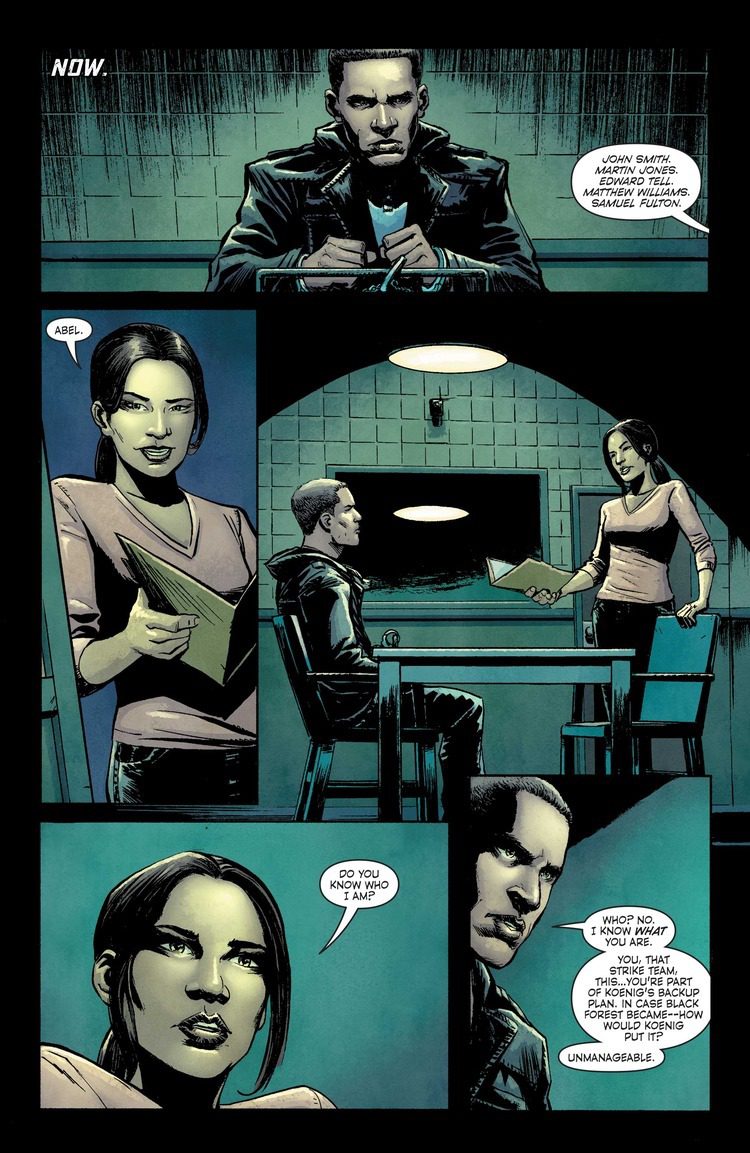 Following Abel, an escaped member of Black Forest, we learn more of his training; which includes killing his friends and surgery with no anesthetic, seeing that he has become a highly trained killer (think if Jason Bourne were an unflinching youth set free on the enemies of America). A great scene depicting Abel taking out a swat team only further exemplifies his abilities and how dangerous he really is.

Through an interesting interrogation it is revealed that the purpose of Black Forest was to create terrifying killers that would intimidate their enemies via brutal kills that would shock hostile regions allowing fear to overtake reason. This method is further examined as the

characters debate the true weapons of terrorism; chaos, confusion, and fear. Despite their brutal tactics, Black Forest was considered a failure and was wiped out by their handlers by way of drone strike. Although confirmed killed, the elite soldiers escaped and are now at large. Abel has been “captured” in order to find the ex-Black Forest soldiers as they make their way back to society, ready to exact their bloody revenge.

The bloody and visceral artwork of Ibrahim Moustafa (Doctor Fate, Jaeger, High Crimes) is phenomenal and only furthers the electrifying tension in each panel. This brutality is exemplified by viscous battles, gore, and the use severed heads instead of note pads. Writer Justin Jordan has done a great job of taking a well-worn story and shining light on the moral grey areas that we tend to overlook. Yes, the idea of the government preying on the disaffected youth and manipulating them to do their dirty work is nothing new and strikes a similarity to DC’s popular Suicide Squad series (without the super powers of course). Unlike the Suicide Squad, however, these are kids. By alluding to the malleability of children, especially those as disenfranchised as today’s youth, we are made privy to the societal factors that are pushing children away from empathy and towards a cycle of violence. I highly recommend getting on board with Savage Things #2 before the train really leaves the station.