‘Scary Stories To Tell In The Dark” (REVIEW)

Scary Stories to Tell in The Dark (2019)
Lionsgate

There comes a rite of passage in everyone’s childhood when they are first exposed to scary stories. My first vivid interaction with horror came when I was 9 or 10, when my dad first read to us Edgar Allan Poe’s “The Tell-Tale Heart.” From then on, I would grasp any horror media I could. From Goosebumps to Courage the Cowardly Dog, all spooky stuff appealed to me. I was also lucky enough to be in a classroom with copies of Alvin Schwartz and Stephen Gammell’s Scary Stories to Tell in the Dark series.

The prose in those books was slight, but the chillingly detailed illustrations more than made up for it. Flipping through the pages just to stare at them makes for one of many excellent introductions to the world of horror.

And it is thankful, then, that the film adaptation from director André Øvredal (The Autopsy of Jane Doe, Trollhunter) captures the essence of what made those works so memorable in the first place. The scares this film evokes remind us of what is so fun about getting scared in the first place.

Scary Stories to Tell in the Dark doesn’t seek to be existentially terrifying in the way a Hereditary or even The Babadook may be. Instead, it evokes more of the tingling sense of dread you felt as a child when watching Are You Afraid of the Dark?

The chief strengths of the film are twofold: the first is the visuals. Øvredal understands that the chief appeal of Scary Stories comes from the monstrous illustrations. Here, they are brought to terrifyingly vivid life: every shambling corpse, every disgusting hiss is both eerie and, oddly enough, heartfelt. It would be one thing to have a grotesque phantom-like the Pale Lady appear. But to have her appear so pitch-perfect, a recreation of Gammell’s illustration indicates a much-needed understanding of the material. Indeed, Øvredal takes after Guillermo del Toro (who serves as a producer here) in understanding how necessary it is for monsters not to just be scary. They must also have dignity and presence. If a movie must show one’s monsters, the only way to do so with confidence. 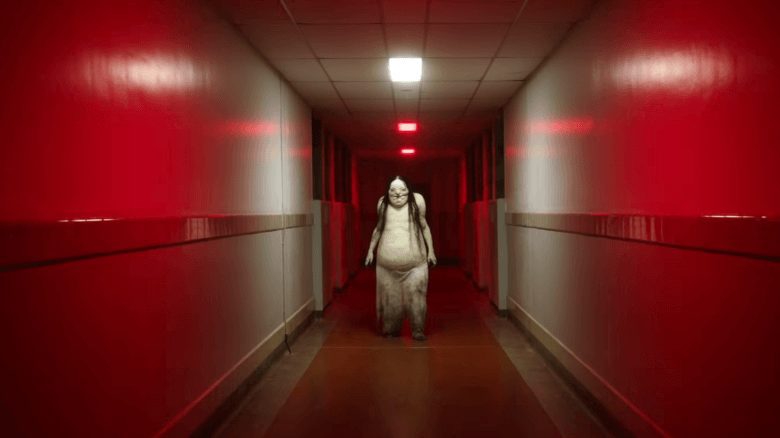 The second chief strength lies in the characters. While the hapless kids in Schwartz’s series are little more than names on a page, blank-faced victims for the monsters in each tale, the characters here are given more time to be fleshed out. Zoe Margaret Colletti’s Stella in particular gives the story its heart and soul. Simultaneously fearful and bewitched by the occult, Stella serves as a reminder for every horror fan’s first budding.

If there are any weaknesses, they lie in the third act of the script. While the first 2/3rds of the film are fun, whimsical, and spooky, the final third of the story leans all too hard on what is most convenient for the story at hand. To have Scary Stories begin so intriguingly and thoughtfully, only to descend into an ending that feels so rushed is the film’s primary failing.

Scary Stories to Tell in the Dark fulfills the same purpose as its book series. As far as dipping one’s toe (attached or otherwise) into the realm of horror, it’s a darn good first step to take.

Movie review Scary Stories to Tell in the Dark
Add your voice!Join the conversation on Discord...
Join Our Discord