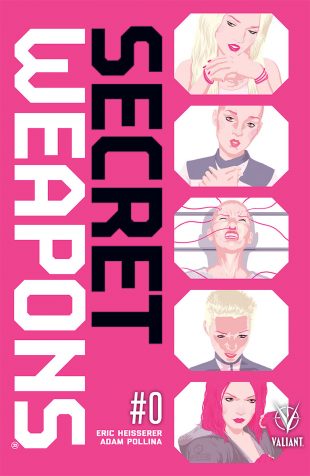 I personally have not read a lot of Valiant comics, only a handful, really, such as Rai and a bit of the crossover books. I understand that they share a universe so I was wondering if I would feel confused going into this new series. Just like the other things I’ve read though, Secret Weapons #0 does a great job of catching up new readers on the latest in the Valiant Universe. This is a very well done issue about Nikki Finch and her adventure in discovering her powers. It doesn’t open too much, outside of just being a story about a teenage girl who is a bit lost in where she wants to go in life as she turns 18. As I started going into this book I didn’t know anything about who this person is or really what it was going to be about. I just went in and hoped to enjoy myself. I have to say, as I kept turning the pages I was getting more and more involved with Secret Weapons.

I found myself really liking Nikki and I believe that her beginning struggles on where she needs to go in her life are something many people can find relatable. 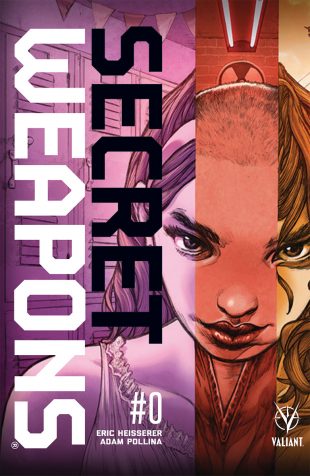 Especially some of her pressing issues and certain exchanges she has with her friends and parents. Some of my favorite moments with her, in the beginning, is when she is just talking to herself out loud trying to figure out simple things such as what to say to a boy or deciding if she want’s to jump on an opportunity presented to her. It really does set her up a bit to become a “Mary Sue” that seems to be destined for great things but the direction it goes is quite something special and a completely unexpected. She comes off as someone who is always looking back on her past accomplishments and was never able to move forward from them. This is due to her parents and it seems they only want her to have a stagnant level of success in life when she feels like she could’ve been something more. I think that’s one of the best things about this issue. It’s about deciding what is the best thing to do for you and to never look back and regret what could have been.

By the time it ends, you feel really invested in Nikki and all of what she has gone through in the last few months with high school and her recruitment into something bigger. It all just leaves you wanting more.