Have you seen this Kickstarter? Aug. 2015

Kickstarter and its generous community have brought the video gaming world some top-notch entertainment over the last few years.  Games like Shadowrun Returns, Wasteland 2, Pillars of Eternity and Divinity: Original Sin might never have seen the light of day without the support of gamers like you and me.  However, with the success of games like these, there are now hundreds of people trying to make their game ideas a reality.  While high profile campaigns like Shenmue 3, The Bard’s Tale IV, and Red Ash need little or no introduction, there are some truly brilliant gems hiding amongst the sea of copyright-infringing scams and people simply looking for handouts.  With this monthly series of articles, I hope to shed some light on a few of the diamonds-in-the-rough that need support from people like you.

Here are five such potential games-to-be with campaigns ending in the month of August 2015:

Meet Frank, an aspiring game developer who is currently running a crowdfunding campaign for his first real game idea.  He is also interested in lucid dreaming, that rare state during a dream where you become conscious of the dreamworld around you, and he is hoping to use these dreams as inspiration for his game.  However, he seems to be getting quite addicted to entering that amazing dream state.  Can he properly balance this interest in dreams with his responsibilities in the waking world? 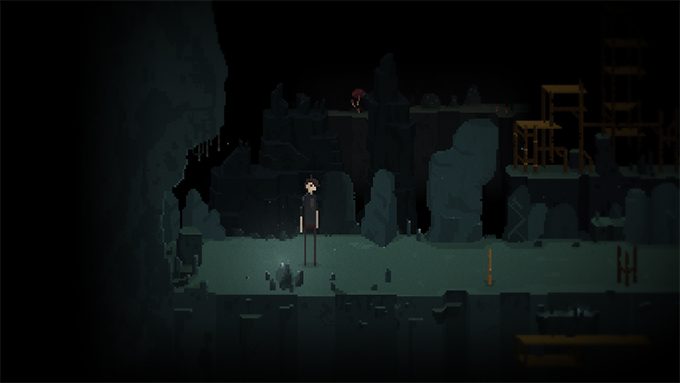 While this game’s visual style immediately makes you think of Fez, the gameplay is actually inspired by Catherine and The Last of Us.  When in the real world, Frank must manage his daily responsibilities such as spending time with his girlfriend, answering e-mails, and checking on his crowdfunding campaign.  How Frank reacts to these events will shape how the story progresses.  While asleep, the game takes the shape of a platforming game with emphasis on stealth and quick response time.  If you’re not quick on the keys, a bit of trial and error will be in order.  Of course, not all dream are pleasant ones, so Frank will need to be careful. 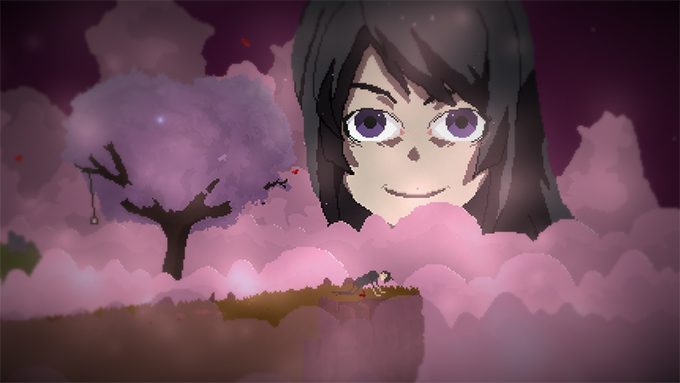 At the time of this writing, there is just under a week to go on this campaign and a bit of support is going to be needed to reach their initial goal in time.  There are a lot of great rewards available besides the game itself; beanie caps, t-shirts, art prints, and more.  If the campaign is successful, the game will be released through Steam or DRM-Free for Windows, Mac and Linux.  With enough extra funding, there could even be copies available for PS Vita and PS4 as well.  Give them a look and try out the demo for a better idea of how the finished game will play.

The pixel art continues with our next game project. However, don’t let the retro visual style fool you; this developer is taking a page from the interactive story-telling masters at Telltale and Quantic Dream in order to make a game that plays like a modern point-and-click adventure while maintaining the look of a classic one.  You will assume the role of Jack Glover, a retired policeman haunted by the ghosts of his time on the force.  Ready to give himself over to the doldrums of old age, Jack finds an opportunity to put some of his ghosts to rest and your decisions will dictate how Jack will go about doing so. 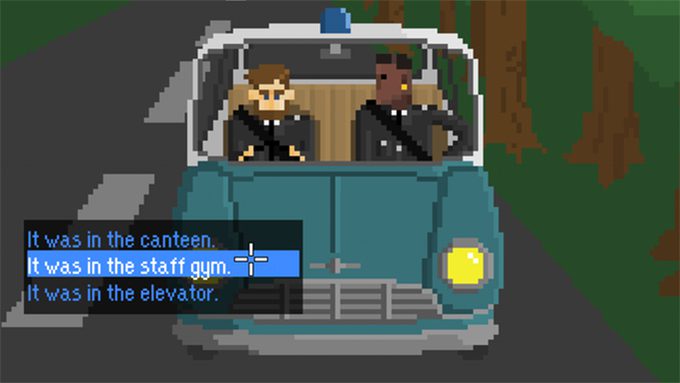 Much like the modern entries in this genre, much of the game will center around dialogue and how the choices you make and the things that you say impact later events in the game.  This will surely give the game some replay value if you want to see the many ways that the story can unfold.  Of course, you will also be traveling to various locations and will use your powers of deduction to examine points of interest and solve puzzles to help unravel the mysteries connected to Jack’s past.  To get a taste of the game, you can play through the prologue by downloading the demo available on the campaign page. 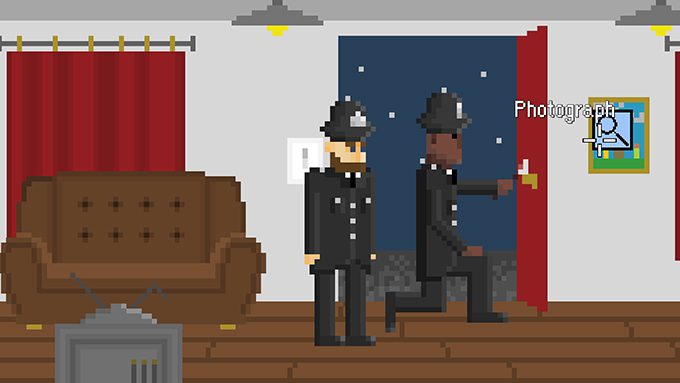 There is about a week and a half remaining in this campaign and the project is so very close to reaching its initial funding goal.  This developer is putting up a lot of their personal funds in order to keep that initial goal low, so every dollar above that will certainly give them a bit of much-needed breathing room.  There are no physical reward items here (another move to keep costs as low as possible), but there are plenty of digital goodies such as soundtrack downloads, beta access and even getting your name or likeness included in the game.  At release, the game will be available through Steam or DRM-Free for Windows, Mac and Linux as well as Android and, pending approval, iOS devices.

In this game, being developed for use with VR headsets, you assume the role of Nicola in her classroom during the year 1989.  By this point, Nicola has been fascinated by video games for almost ten years and she is addicted to playing games on her new portable gaming system, the GameGirl.  Of course, the classroom is not the most ideal environment for gaming, so it will be your responsibility to manage what is happening around you while doing your best to play through your new game without getting caught. 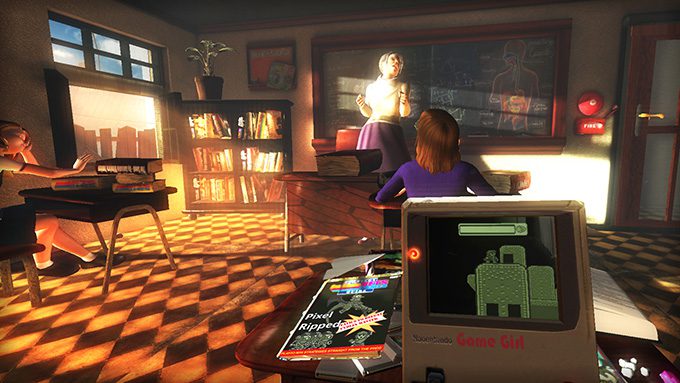 Doing this will be accomplished by getting in a quick level while the teacher’s back is turned, but you will need to find ways to keep playing when she is facing the class, too.  To do this, you will need to create distractions elsewhere in the classroom.  A well-placed spitball to the head of a sleeping student is sure to give you a few moments of gaming bliss.  Anything you can do to keep the teacher from noticing you is fair game in order to see Nicola’s game character all the way to the boss battle.  And what an imagination fueled boss battle it will be!

This game originally made the rounds as a proof-of-concept demo called Pixel Rift.  If this campaign is successful, the developers will start work on the other four stages in Nicola’s life starting with her earliest gaming experience in 1979 with the Fauxtari 2600.  Beyond that will be her visit to the pier in 1984 with her first exposure to arcade gaming as well as both the 16-bit era of 1994 and the 64-bit era of 1999.  There are two weeks left in this campaign and the devs need all the help they can get.  If successful, the game will be available through Steam and DRM-Free for the Samsung Gear VR and the Oculus Rift.  Don’t have a VR headset?  The campaign will also make a non-VR version exclusively for their backers.

This game is being made by Matt Gilgenbach and Infinitap Games, creators of the psychological horror game Neverending Nightmares.  While that game was inspired by a recurring nightmare that Matt suffered from, this new game is based on his fears and anxieties about having his first child.  The story features a pregnant woman who must be led through a series of nightmares featuring Aswang, Filipino folklore monsters, who are out to kill her and steal her unborn child.  The dev team has done a lot of research into Filipino mythology and is hoping to introduce the world to these strange beliefs as well as real-world locations in the Philippines. 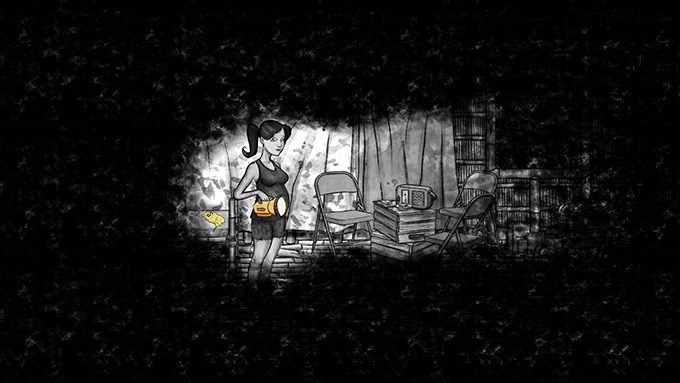 If you’ve never played Neverending Nightmares, you can get a feel for this new game through the demo available on the campaign page.  This is a side-scrolling horror/puzzle game that requires you to explore the rural landscapes of the Philippines as you attempt to unravel the story of the protagonist and the fate of her child.  Among other tools you may find, you will have access to a flashlight which will help light your way through the darkness.  Of course, it could also draw the attention of monsters, so you will need to learn from various audio and visual cues when it might be a good idea to turn the shine of your light in another direction or turn it off completely. 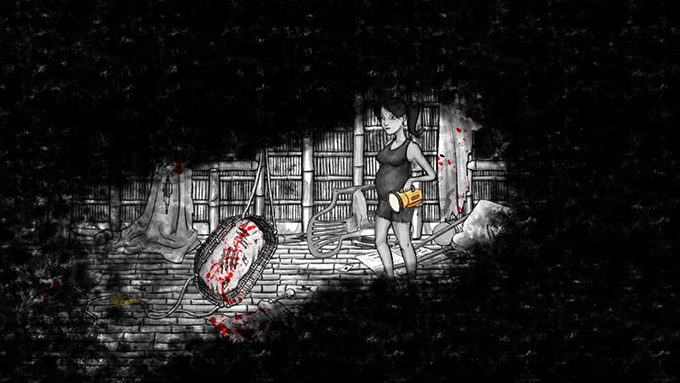 There is a little more than two weeks left in this campaign, but the team need your support desperately.  There are plenty of rewards on offer to make your investment worthwhile; commentary tracks, art books, t-shirts, posters, and even pricier items like statues or the ability to help create your own nightmare scenario for the game.  You can even add on a discounted copy of Neverending Nightmare and some of the Kickstarter-exclusive items from its successful campaign, too.  Upon release, Devastated Dreams will be available through Steam, Humble Store and GOG for Windows, Mac and Linux.

An average office worker, dubbed Egomonkey by his captors, is abducted by aliens and forced into gladiatorial combat with nothing but a small laser pistol.  His intergalactic opponents all seem bred for killing, practically assuring that poor Egomonkey will meet a premature end.  However, if he can reach down inside himself and find his inner hero, he may still be able to survive these trials and find a way back home.  It won’t be easy, but with the support of the audience and the favor of the sponsors, he just might stand a chance. 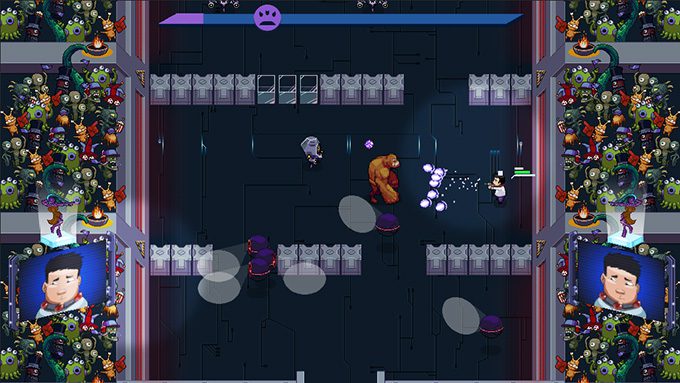 If you’ve ever played Smash TV, you’re in for a real treat.  This is a punishing run-and-gun overhead shooter which has you controlling your movement with one hand and the direction of your weapon with the other.  For each kill, your popularity meter will rise.  Get it high enough and audience members will toss more powerful weapons into the arena giving you a temporary boost in firepower.  Let your popularity get too low and the audience may start attacking you with debris.  Surviving each randomly generated area and defeating the champion will grant you a reward which you can offer up to one of the three sponsors.  Doing so will net you a permanent power up exclusive to that sponsor.  Well, permanent until you die of course.  Once that happens, it’s back to the beginning. 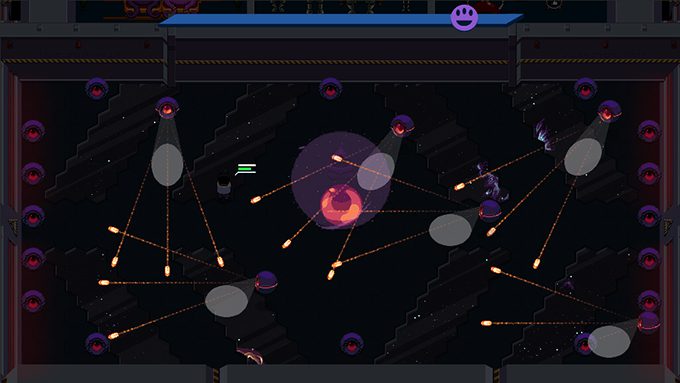 This campaign still has about two and a half weeks, but don’t wait until the last minute to show your support.  The more money the developer gets, the more weapons, enemy types and environments they can add to the game to make it even more robust and challenging.  Rewards range from soundtrack downloads and beta access to things like creating a quote that an audience member will shout or even creating a unique audience member, enemy or weapon.  Upon release, the game will be available through Steam or DRM-Free for Windows, Mac and Linux.

Of the ten games that I featured between my two July articles, One Final Breath is still active (and pacing very well) and seven others were successfully funded!  Shape of the World, Regalia, Luckless Seven, Age of Arius, Defect, A Hole New World, and Max’s Big Bust have all begun development in earnest and will soon be listed among the many successfully funded Kickstarter video games that bring fun and innovation to the video gaming world.  The last two, Steamroll and RENOIR, were unable to meet their goals.  However, both teams are still pressing ahead on development in the hopes of using the exposure they received this time around to approach Kickstarter again in the future with better success.  Whenever these campaigns reopen, I will be sure to let you all know.  On behalf of all of these projects and their developers, I thank you for your time and your support.  See you in September!