Have you seen this Kickstarter? July Pt.2

A NEW CHALLENGER APPROACHES!  When I started this series, I envisioned it to be released monthly and, for the most part, that is still my intention.  However, the month of July seemed to be jam-packed with incredible indie-developed video game projects.  As I didn’t want these intriguing projects to go unrecognized, we’re going into overtime this month!

Here are five more campaigns for the month of July that could really use your attention:

Remnants of Twilight: Age of Arius

It’s a story for the ages; two powerful deities, one peace-loving and one bent on violence, waged a centuries-long war, sacrificing countless people for their causes.  Eventually, the peaceful deity, in a bid to end the senseless fighting, seals their adversary deep inside them-self, crafts a mighty sword and cleaves the people’s world into five separate pieces.  The sword is then destroyed and its fragments buried deep within each of these five newly forged worlds.  Sure, this works for a while, but what’s a good J-RPG story without the impending return of an evil god and a plucky band of heroes who must rise up to stop the destruction of their worlds? 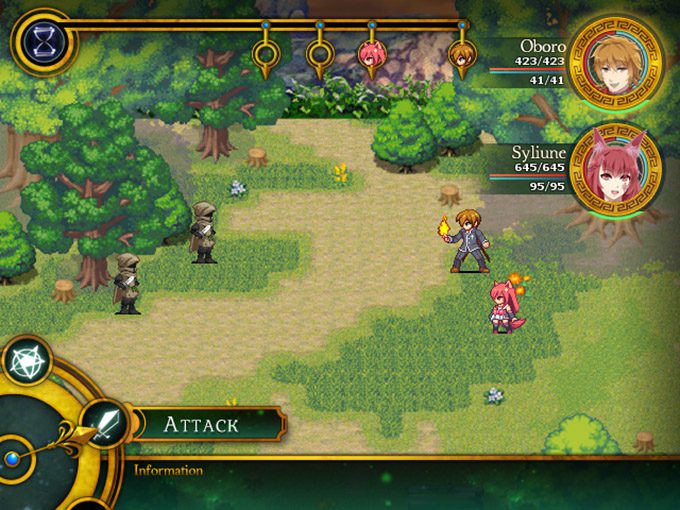 As you can tell, this J-RPG is putting a lot of work into developing an amazing story with an impressive amount of history and lore.  In fact, while this game began its life in RPG Maker, it has quickly reached the boundaries of what that program is capable of.  This team’s ambition is what led to the creation of their Kickstarter campaign.  With a projected 40+ hours of gameplay, an Active Time Battle System, unlockable character costumes, full voice acting, and bonus game modes and mini-games, this game could easily rival the classic J-RPGs of our youth. 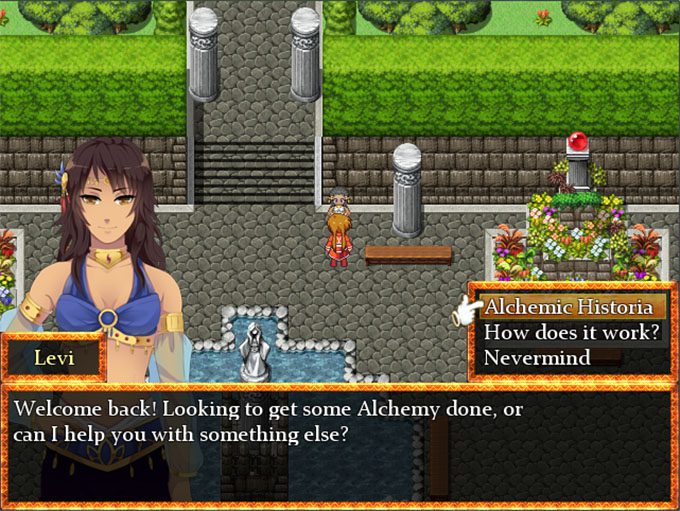 This campaign is only going for another 2 days, so be sure to check them out ASAP!  The initial funding goal has been met, but the team is still pushing for some last-minute stretch goals to further increase the already impressive scope of the game.  If you miss out on the campaign, the devs will also be accepting “slacker backer” donations through PayPal.  Upon release, the game will be available for Windows and Mac either through Steam or DRM-Free.

If there is one thing that science fiction stories have told us, it’s that being a starship captain isn’t easy.  Space is massive and full of danger and, if that wasn’t bad enough, there’s always the chance that your crew could revolt.  So, if you’re going to be a good captain, you’d better learn not to get too attached to anyone or anything.  Not sure you can do that so easily?  Well, this game is going to force you!  Each mission sees you creating a shiny new ship, assembling a motley crew, taking on a mission, and then seeking revenge on your mutinous crew as they steal your ship and kick you out the airlock. 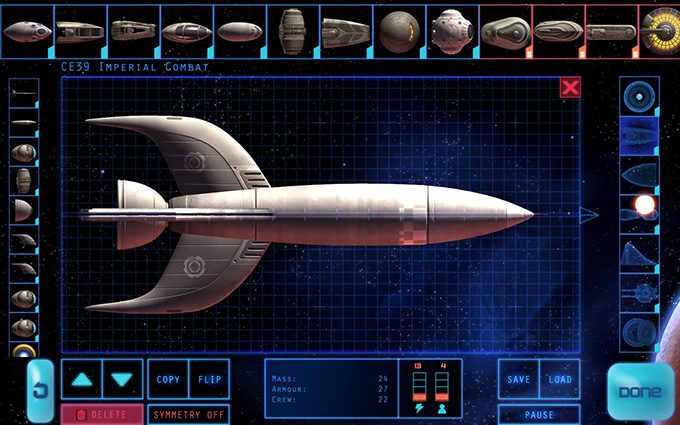 As you can assume from the mission structure of this game, you’re going to be making a lot of ships.  Fortunately, the ship creator is chock-full of parts to create any type of starship you can imagine.  Of course, you’ll have to keep the fact that you’ll eventually be losing that wonderful ship in mind as you build it, so be sure to put a few weak spots into it for when you have to destroy it later!  In addition to facing the challenge of your various missions and your former ships, you can even come across ships created by your friends or other users in the community.  Plus, if you have the game on your PC and on your smartphone, you can share your progress between the two.  This will allow you to build a ship at home and then fight through a mission on your phone or vice-versa! 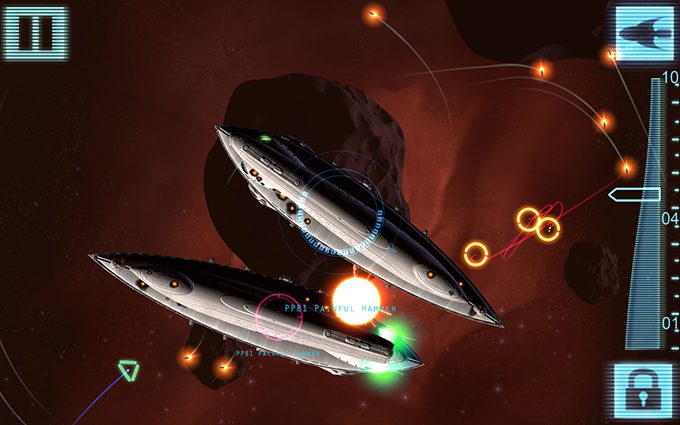 As of this writing, there are only five more days to back this project.  They are just over 50% of the way to their funding goal, so be sure to show them your support while there is still time.  If you still need convincing, there is a demo available through Steam.  Upon release, the game will be available on Windows, Mac and Linux via Steam or DRM-Free, as well as iOS and Android.

This game is what happens if you take a healthy scoop of Mega Man, add a sprinkling of Ghouls & Ghosts and serve it in a Castlevania bowl.  You will find a variety of enemies, areas and power-ups as you progress through the game’s two main worlds; the surface world and the underworld.  When traversing through the underworld, gravity will be reversed.  This can either be mildly disorienting or a necessary puzzle mechanic to effectively reach a new area.  The game will even feature a New Game+ mode and several alternate endings. 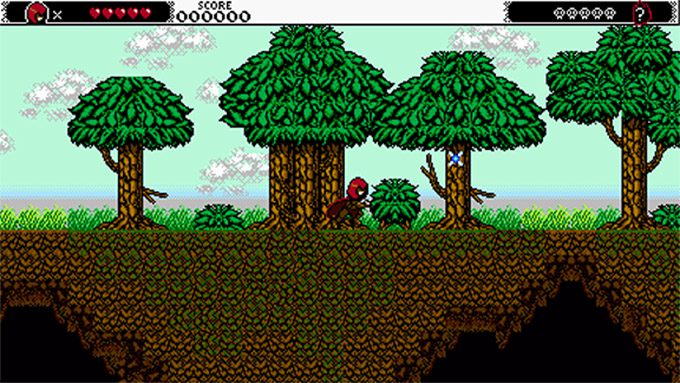 As if that wasn’t enough, the visuals and music stay true to the original NES format.  In fact, you could even play this game with an NES controller…assuming you can connect one to your computer.  Aside from six new shades of brown (a necessary change due to all the underground terrain), the color palette is exactly what you would find in a true NES game.  This goes a long way to making the game truly feel like a long-lost gem of the NES library.  To add to this, their campaign video is a wonderful homage to Nintendo Direct press event videos.  Rest in Peace, Iwata-san. 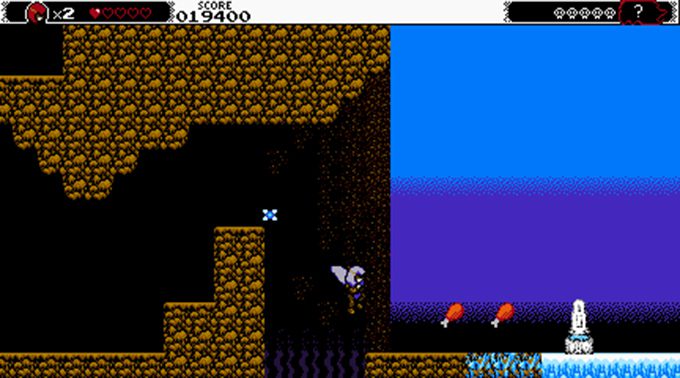 There is just under a week left on this campaign.  The initial funding goal has been met, but this game has some awesome stretch goals such as console ports, and Extreme Hard difficulty and a swappable 16-bit graphics mode.  Surprisingly, there are even a few Early Bird tiers still available, so back this game today for the best deal.  Upon release, the game will be available on Windows, Mac and Linux through Steam or DRM-Free and, pending stretch goals, Wii U, Xbox One, PS Vita and PS4.

In my youth, one of the first anime I ever saw was Rumiko Takahashi’s Ranma 1/2.  The show’s colorful characters and gender-bending hijinks made for a wonderful, and memorable, series.  This interactive visual novel game is hoping to tap into some of that comedic magic.  Max is a police officer who is attempting to bring down a drug smuggling ring.  Tracking one of their shipments to a warehouse, Max sneaks inside to find the evidence he needs to bring them to justice.  However, he opens the wrong crate and instead finds a mysterious gem that suddenly transforms him into a woman.  As if fighting crime wasn’t hard enough on its own! 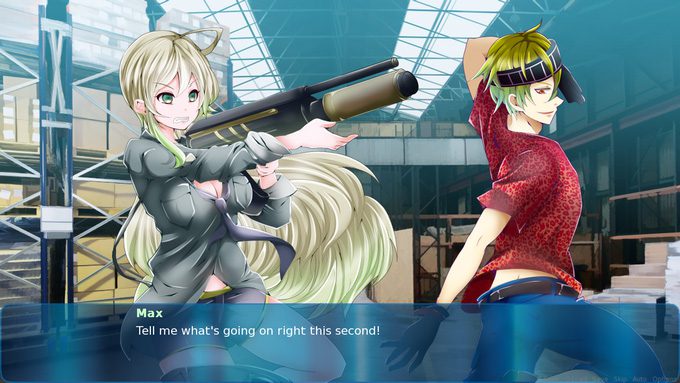 This won’t be a typical visual novel.  The developers are injecting as much interactivity into this genre as possible.  The game will be roughly 40 hours long with many branching story paths, life simulation sections and puzzle-solving challenges.  Of course, much like Ranma 1/2, the game will also feature potential love interests and compromising situations, but it is all in good fun.  Fear not, while the content might not be kid-friendly, it’s certainly not Adults Only either.  I would never feature games with inappropriate content in these articles. 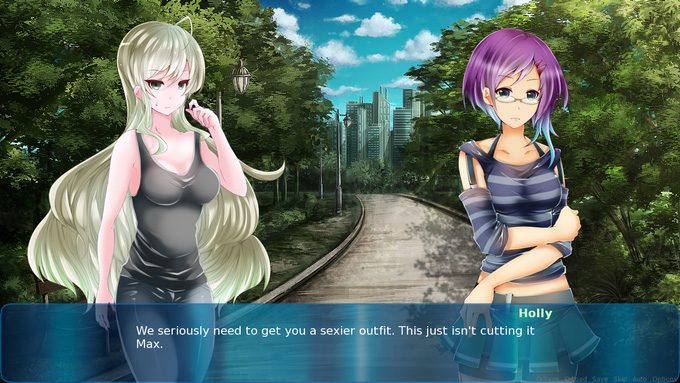 The campaign has a little more than a week left and it is extremely close to making its funding goal.  Reward tiers include Beta access, prints of some character artwork, and even getting yourself added to the game as an NPC.  At the time of this writing, there are even still a couple of Early Birds left, so be quick if you want to save a few bucks.  Once the game is completed, it will be available through Steam or DRM-Free on Windows, Mac and Linux.

It was a day like any other…until this dame walked into my life.  Wait…did I say dame?  I meant game.  I’d been with a fair share of games in my day, even loved one or two of ’em, but this was no ordinary game; she was a 2.5D puzzle-platformer with enough film noir style to make even the youngest gamer talk like he was a hard-boiled private investigator from the 1940’s.  And, sure, she was after my money, but I could tell by the lighting effects in her eyes that she was really in trouble.  Almost as if she’d blink out of existence if she was unable to get the money she needed.  And, for a game as pretty as this, that would be a cryin’ shame. 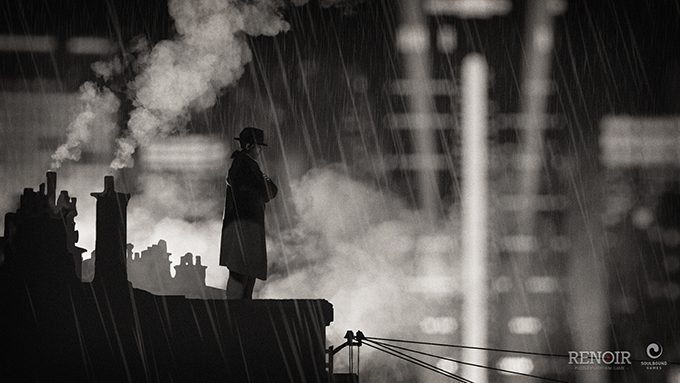 Like any game, she had a story to tell.  A detective, fighting the good fight against a city riddled with corruption, gets snuffed out in the middle of his investigation.  But is he going to let a little thing like death keep him from bringing the wicked to justice?  No, sir.  Of course, he quickly learns his ghostly form is a bit…sensitive to light.  To traverse the city unharmed, he needs the help of the recently deceased.  These spooks can turn off a light or open a different route, so a bit of thinking can get him out of a tight spot.  A real interesting story to be sure.  One I wouldn’t mind hearing the ending to. 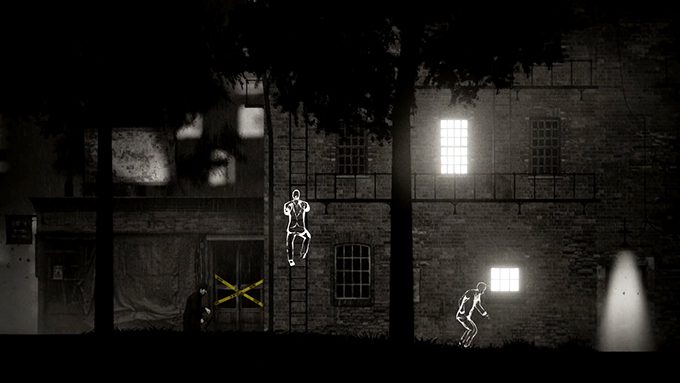 So, you want to help this dame?  I mean, game?  Times running out.  With just two weeks to go, this game needs a lot of generous gents and dedicated dames to make her story a reality.  Even if you can’t toss her a coin or two, you might know a friend or a neighbor who can, so tell ’em.  Yeah, I hear you asking.  “What’s in it for me?” you say.  Plenty.  Soundtracks, art books, playing cards, hip flasks and even a few hand-painted statues if you’re really feeling charitable.  If she’s lucky, you can find this game on Steam or DRM-Free for Windows, Mac and Linux.  Plus, if she can work her digital wiles, maybe Xbox One and PS4, too.