Have you seen this Kickstarter? July 2015

Kickstarter and its community have brought the gaming world some top-notch entertainment.  Games like Shadowrun Returns, Octodad: Dadliest Catch, Pillars of Eternity and The Banner Saga might never have seen the light of day without the support of gamers like you and me.  However, with the success of games like these, there are now hundreds of people trying to make their game ideas a reality.  While high profile campaigns like Yooka-Laylee, Shenmue 3 and The Bard’s Tale IV need no introduction, there are some brilliant gems hiding amongst the sea of copyright-infringing remakes and people looking for handouts.  With this monthly series of articles, I hope to shed some light on a few of the diamonds-in-the-rough that need support from people like you.

Here are five such potential games-to-be:

Shape of the World

Do you know the old adage, “If a tree falls in the woods, and there’s no one there to hear it, does it make a sound?”  Well, Shape of the World asks a slightly different question; “If a seed falls to the ground, and there’s no one there to see it, does it grow into a tree?”  The answer provided by the game is “No”.  Before we go any further, it is worth noting that this game is definitely not your average game; there are no enemies, no puzzles and no high-scores.  This game is more of a sensory experience, something to cleanse your palate after a Call of Duty campaign or a World of Warcraft raid. 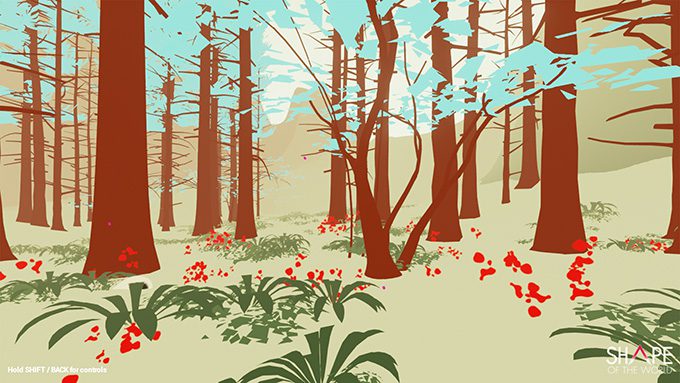 You begin the game in a silent, white expanse; completely empty but for a red triangular icon.  Upon walking through this icon, a world begins to unfold all around you; earth forms below your feet, grass grows from the earth and trees erupt from the ground.  With each step you take, more of the world is procedurally generated around you and, as the world expands, so does the sound and music that begins to fill your ears.  Periodically, you will encounter orbs of light that you can walk into.  Doing so will cause them to pop and, if you pop enough of them in succession, larger environmental changes will begin; seasons will change, tiny life forms will appear, and pathways will be revealed.  If you choose to head down these pathways, you will come across more triangular markers that act as checkpoints of sorts, sprouting up stony monuments to mark your journey. 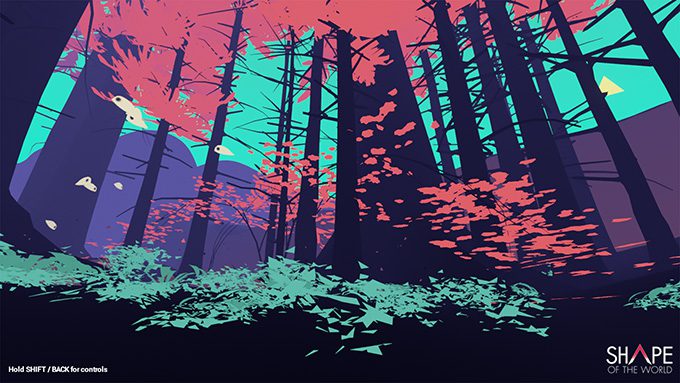 The visuals are very simple, but also very striking.  Everything looks like an minimalist painting, with the changing of the seasons introducing new and interesting combinations of colors.  The music is an interesting blend of serene Asian melodies and modern electronic beats which will rise and fall as the world around you changes.  While this isn’t going to scratch your itch for action, it is definitely going to stimulate your senses all the same.  If you have played and enjoyed games such as Journey or Flower, you should definitely think about supporting this game.  As of this writing, there are only a few days left and the campaign still needs plenty of support to reach their goal.  They are aiming to have the game available for Windows, Mac, Xbox One and PS4, as well as potentially developing the game for the Oculus Rift.

Regalia: Of Men and Monarchs

While this game is sure to call up pleasant memories of Disgaea just by looking at it, developer Pixelated Milk is certainly hoping that their Stategy/JRPG will be able to avoid the old RPG tropes that plague so many of its contemporaries.  You’ll find no brooding amnesiacs, world-destroying meteors, or time traveling here.  What you will find is a very robust tale about a king who must rebuild his land one person and place at a time.  While combat will certainly feel like games such as Shining Force or Tactics Ogre, there is one major difference; no healing.  Sure, you will have ways of guarding against damage, but damage received in battle will stick with you until the battle is done.  Creating solid strategies is definitely critical for success. 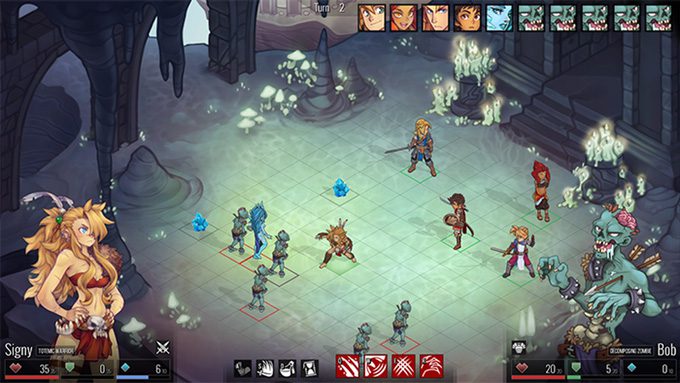 The game also puts focus on building relationships with your party members, rebuilding your desolate kingdom, and forging alliances with neighboring factions.  The game also makes use of a Persona-style Social Links system, where your closeness to other NPCs will grant you new or more powerful abilities.  But, much like this game’s combat system, forge your alliances with care.  Get too chummy with a particular character or faction and you will find other avenues opened or closed to you.  Fortunately, for my fellow 100%-ers out there, the game will offer a New Game + feature to make seeing all of these branching pathways and endings a bit easier. 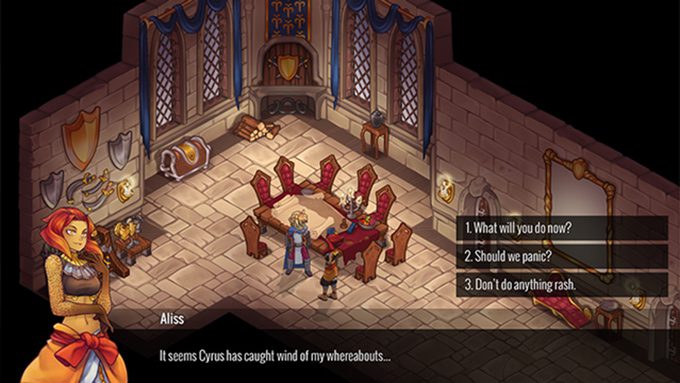 This project has already met its initial funding goal, but they still need support to reach some of their stretch goals.  Currently, the game is only slated for Windows and Linux, but they could create a version for PS4 and PS Vita with enough additional funds.  There is also an opportunity to add some voice-overs, something that would greatly enhance the personalities of the large amount of NPCs you will come across.  The campaign has just under a week left, so be sure to check out their campaign page and consider showing your support either monetarily or by spreading the word.

Does anyone reading this remember the classic game Marble Madness?  How about more recent games such as the Super Monkey Ball or Kororinpa series?  If not, maybe you are at least familiar with the Morph Ball segments of the Metroid Prime trilogy?  This project is hoping to keep this brand of ball-rolling puzzle gaming alive all while injecting it with a gritty, industrial Steampunk aesthetic. 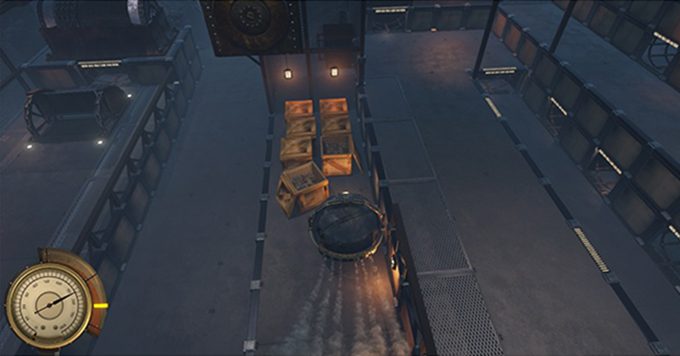 You assume the role of “The Engineer” who is piloting the Scarabeus, a steam-powered orb-like vehicle, through an elaborate factory full of twists, turns and obstacles.  Your vehicle is able to roll around an area just like a steel ball in an old-school labyrinth game.  It also has a second, stationary form which allows it to fire an assortment of smaller steamballs across an area in order to destroy obstacles or open new pathways. 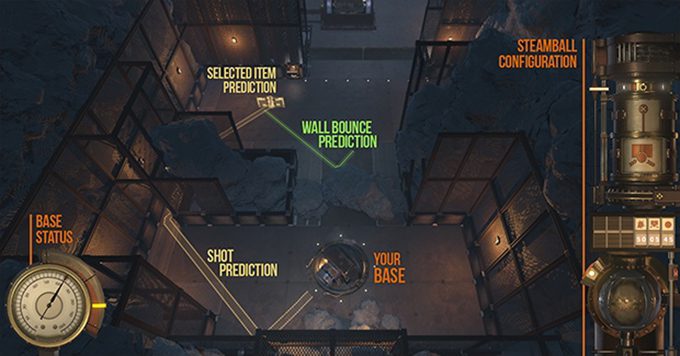 To properly utilize your steamballs, you will need to plot your shot’s force, trajectory and ball type.  There are balls that can deploy walls to create more ricochet points, ramps that can grant access to higher planes, or bombs for destroying obstacles.  All in all, it looks primed to offer some great puzzles to solve.  The campaign has just under two weeks left and it could really use some love and support to reach its funding goal.  Currently, the game is being planned for Windows, Mac, Linux and SteamOS.

This game transports us to a world quite similar to our own aside from one small detail; a card game called Ekosi that is played by nearly everyone regardless of age, gender or walk of life.  You play as Mark, a college-age man, who decides to cast off his everyday responsibilities and pursue the life of a professional card player along with his best friends from high school.  As such, all “combat” is exclusively handled through Ekosi, a Black Jack style game where you can add your own hand of cards to the table on top of the cards dealt by the dealer.  The person closest to 20 without going over wins. 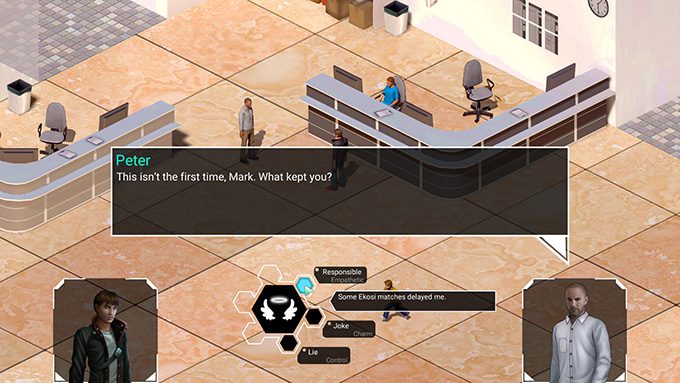 You will explore the game’s environments in an RPG-inspired isometric view and converse with the various people that you come across.  During most conversations, you will be able to choose the type of response you give to others.  A kind response will raise your Empathy level while a rude response will increase your Intimidation stat.  Depending on the levels of your six personality stats, you may gain access to extra dialogue options that lead to better outcomes than you would have been able to manage otherwise.  How you sculpt Mark throughout your adventure can even reveal additional quests or alternate endings, adding to the game’s re-playability. 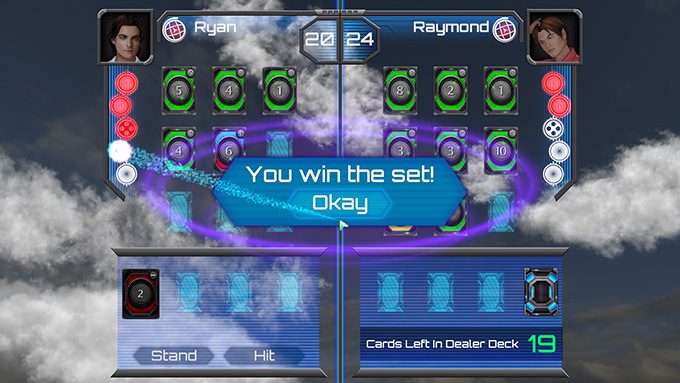 While the game seems simple at first glance, I find the modern setting quite appealing and the card game mechanic is just robust enough to make each match an enjoyable challenge.  Check out the campaign page to access a playable demo packed with a surprising amount of content.  Plus, for all you card game aficionados, there are even reward tiers that will grant you actual, physical decks of the Ekosi card game.  They even have a stretch goal to potentially bring a digital version of Ekosi to mobile platforms.  Give the demo a try and consider supporting this refreshing take on the RPG genre.  Versions of the game are being planned for Windows, Mac or Linux.

What is a good selection of video games without a horror game thrown into the mix?  This project is a First-Person survival/puzzle/horror game that puts you in the shoes of a father who is trying to track down his runaway daughter.  Her last message said she was going back to the boarding school where she used to live, a boarding school built inside the hollowed out shell of a decommissioned hospital, so she could be with her friend that she claims still lives there in spite of the school having been abandoned some time ago. 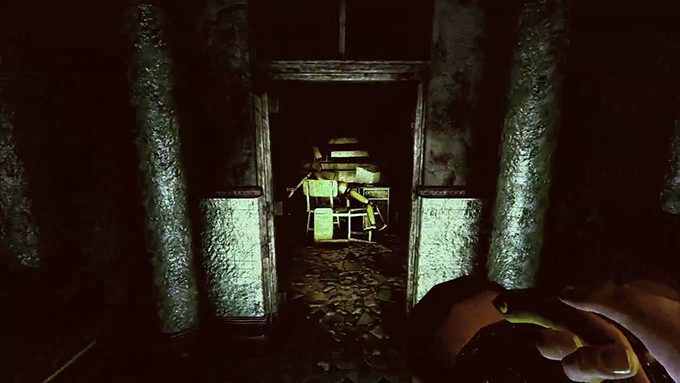 Like any truly evil horror game, you will be entering the abandoned building with no weapons; just a flashlight and your cellphone.  Your flashlight will, obviously, help to light your way through the dark halls of the school while you will be able to use your phone’s camera to find otherwise invisible clues or other things that might have been better left undiscovered.  Along the way, you will need to avoid supernatural entities and solve puzzles which will reveal visions of the past that may help you locate your daughter or better explain the events that transpired there. 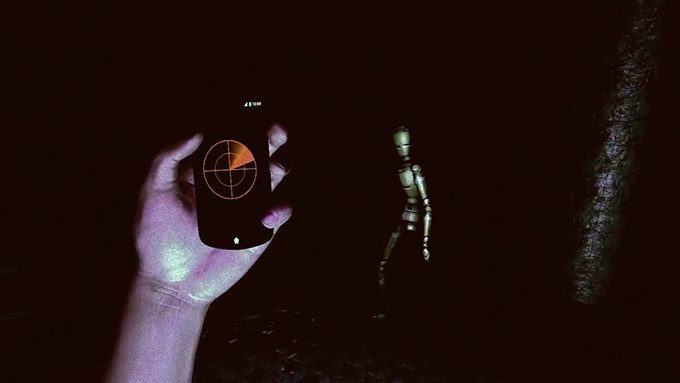 This campaign started less than a week ago, so there is plenty of time for them to reach their goal.  However, the stretch goals they have revealed are awesome, so I still recommend showing your support early and helping to spread the word.  If their initial funding is reached, they are looking to add Oculus Rift VR support (a must-have feature for a first-person horror game, in my opinion), PS Vita support and more.  Probably the most notable promise this developer is making is their pledge to continue supporting the game after release with free DLC mini-sodes; an incredibly generous move for a small developer to make and one that I find quite admirable.  At launch, the game will be available for Windows, Mac, Linux, Xbox One and PS4.

Of the five games that I featured in the June article, four of them were successfully funded!  Unraveled (which was actually funded prior to the last article), Tokyo Dark, Through the Woods, and Combat Core have all began development in earnest and will soon be listed among the many successfully funded Kickstarter video games.  While the fifth game, Beard, was unable to meet their goal, the exposure they received from their campaign was able to land them enough investment capital to continue development for another few months.  Hopefully, that added time will enable them to approach Kickstarter again with a much more robust product sample allowing them a second chance to get the funding they need to achieve their goal.  Whenever that campaign reopens, I will be sure to let you all know.  On behalf of all of these projects, I thank you for your time and your support.  See you in August!