Have you seen this Kickstarter? Oct. 2015

Kickstarter and its generous community have brought the video gaming world some top-notch entertainment over the last few years.  Games like Jotun, Shadowrun: Hong Kong, Wasteland 2, and Shovel Knight might never have seen the light of day without the support of gamers like you and me.  However, with the success of games like these, there are now hundreds of people trying to make their game ideas a reality.  While high profile campaigns like Battle Chasers: Nightwar, Divinity: Original Sin 2, and BattleTech need little or no introduction, there are some truly brilliant gems hiding adrift the sea of copyright-infringing remakes and people simply looking for handouts.  With this monthly series of articles, I hope to shed some light on a few of the diamonds-in-the-rough that need support from people like you.

Here are five such potential games-to-be with campaigns ending during the month of October 2015:

Saber Rider and the Star Sheriffs: The Video Game

Any “80’s kid” can probably call up memories of anime-turned-American cartoons like Voltron, Battle of the Planets or Robotech.  However, there was another such show that many people probably do not remember, Saber Rider and the Star Sheriffs.  This series ran from 1987 to 1988, but, unlike many other cartoons of that time, it never received a video game adaptation.  Now, 28 years later, a group of fans are trying to change that. 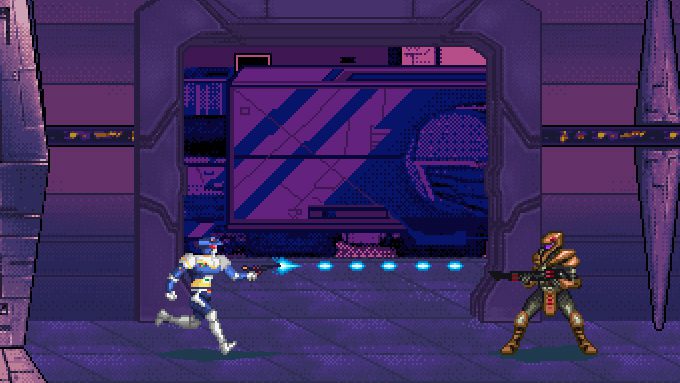 With the blessing of both the U.S. copyright holder and the Japanese animation studio, these indie devs are aiming to release a 16-bit side-scrolling action game that would feel right at home on a classic system like the Super Nintendo.  In fact, there is even a stretch goal to legitimately release the game on the SNES.  Fellow classic systems, the Turbo Duo (PC-Engine) and the Dreamcast are already confirmed to be getting ports of the game on release. 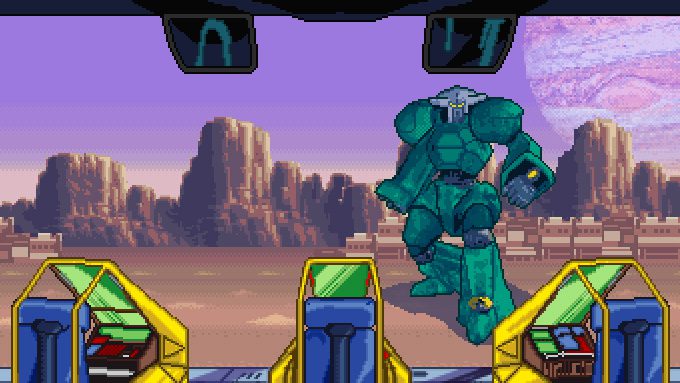 Classic systems aside, the game will also be available at launch on the Nintendo 3DS (including unique 3D sections) and Windows PCs via Steam.  Stretch goals are in place to also bring the game to PS4, Xbox One and Wii U.  There are only a few days left to help make this game a reality, so please give their campaign a look right away and help make the dreams of fans of this underdog series a reality!  Can you feel the thunder inside?

Since the advent of Kickstarter, there is one genre of video games that has seen a major resurgence and that is the classic Point-and-Click Adventure genre.  Also back on the rise in popularity is the Film Noir visual and storytelling style.  This game combines the two wonderfully and, if that’s not enough for you, they even throw in a pinch of Lovecraftian Horror to sweeten the deal.  Curious how that plays out?  Head over to the campaign page and give their free demo a try. 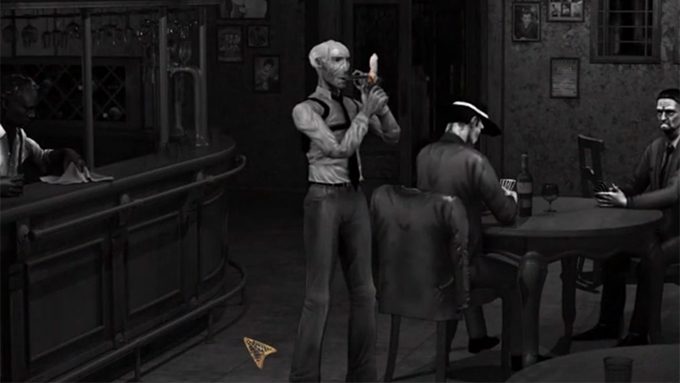 NoseBound casts you in the role of Ray Hammond, Private Eye.  He is roped into investigating a kidnapping, but he soon realizes that there are some pretty bizarre events occurring in his city.  The story is portrayed in chapters, much like a novel.  Each chapter covers a different case with the fifth and final chapter tying them all together and bringing the story of Ray Hammond to a close.  How that story ends will depend on how you play and the choices you make. 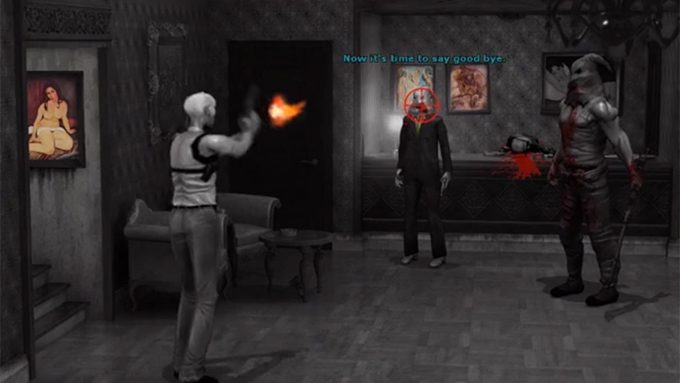 The initial funding goal is only for production of the first chapter, but the devs will look into including additional chapters as stretch goals if that becomes feasible.  Their reward tiers are reasonably priced and, if you’re willing to ante up a bit extra, you can even choose tiers that include the additional chapters upon their potential release.  At launch, the game will be available for Windows through Steam or DRM-Free.  Mac, Linux, iPad and Android versions to follow.

Prior to Konami’s announcement that they were abandoning Silent Hills, the game’s “playable teaser” known as P.T. had captured the attention of practically the entire gaming community.  When the demo disappeared from the PSN Store, a significant hole was left in its place.  The developers of Allison Road are hoping to fill that void.  The test footage that was released online a few months ago proved that these devs have the skills to pull that off, but they are still keeping most of their tricks under lock and key. 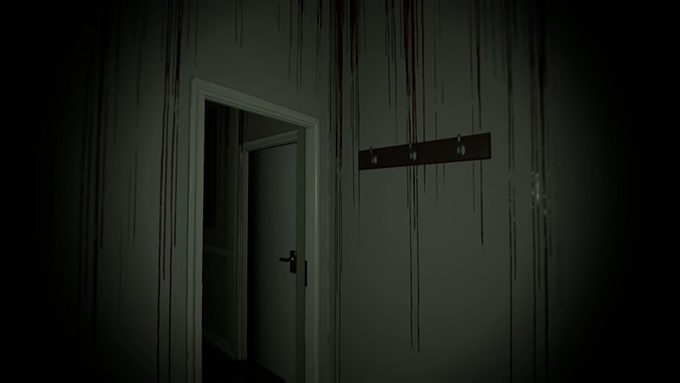 As games of this nature are all about exploring the unknown, the devs understandably want to keep things under wraps as long as they can.  Still, while the test footage proves they can make a gorgeous and creepy video, what about gameplay?  Well, they’ll be releasing their own “playable teaser” some time next year to give gamers a taste of what they’ll be in for.  But, much like P.T. would have been, the demo (called “Lucid Dreams”) won’t be directly tied to the main game. 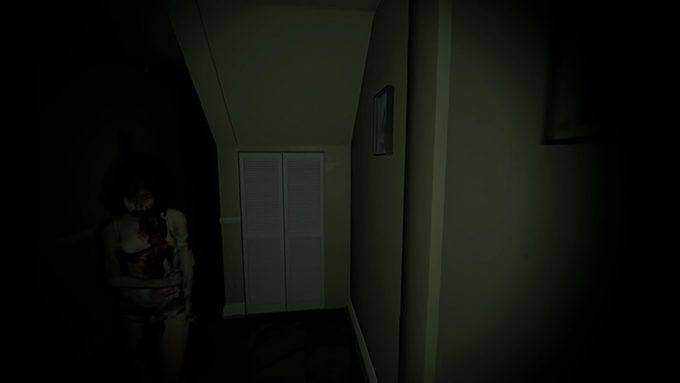 There is a little more than two weeks left in the campaign, but this game still needs a lot of support.  As it stands, the devs are looking to launch on Xbox One, PS4 and Steam (Windows, Mac and Linux).  The Windows version will launch in December of next year.  Mac and Linux will arrive later with the console versions coming at some point after that.  The devs are also aiming to have VR-support available for the game on as many headsets as possible.  Stretch goals will help to bring those other platforms closer to the Windows launch, so be sure to share the campaign with your friends if you don’t want to wait.

Two hundred years before the game’s story begins, terrible demons ravaged the land and created chaos at every turn.  A powerful mage forged a mighty spell in the hopes of sealing the portals the demons used to enter his world.  While the spell was successful, it also resulted in his beloved Avia being frozen in a mystical block of ice.  In the following two hundred years, the mage tried in vain to free her.  Now, a band of adventure seekers may hold the key to finally setting Avia free. 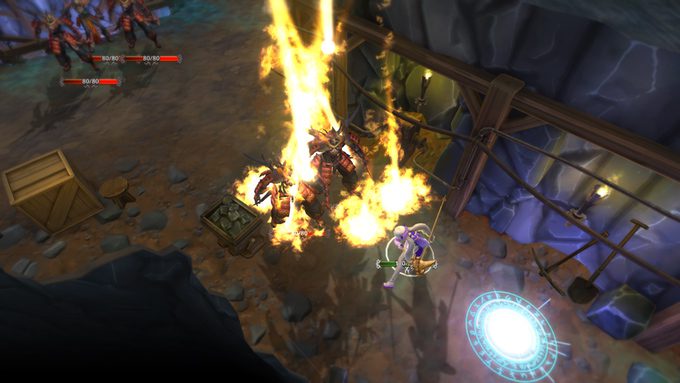 Tears of Avia is a tactical RPG with an emphasis on skill customization and character interaction.  Who you choose to bring with you into battle will affect what missions you are able to accept and what skills you give them will decide how well you perform.  Since characters and skills are handled separately, you can always ensure you have the right skills for the task at hand regardless of what characters you decide to bring along.  Needless to say, there will be loads of replay potential here. 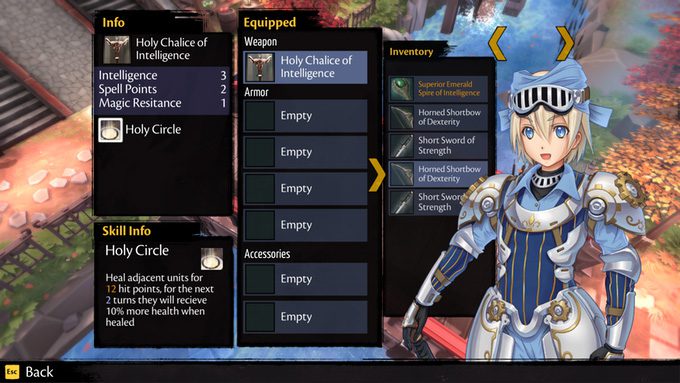 With only a little more than a week under their belt, the campaign is pacing well, but every new backer helps to keep that momentum going.  Reward items range from digital and physical art books and soundtracks as well as posters, t-shirts or even a backer-exclusive armor set or weapon.  Stretch goals include animated cutscenes, Japanese voice-overs, extra missions and character classes or even multi-player modes!  At launch, the game will be available for Windows and Mac via Steam or DRM-Free.

This game takes place in a future where the Earth is on a collision course with the Sun.  The wealthy have already fled the planet (leaving millions of the less-fortunate to waste away in massive deserts), but they are willing to pay handsomely for someone to retrieve precious belongings they left planetside.  Mercenary thieves known as “Extractors” are more than happy to fare the Earth’s crispy surface to reclaim these items…and maybe a little something for themselves, too.

As the title implies, the game will be released in an episodic format.  Season 1 will be comprised of five episodes totaling about 10-15 hours of gameplay with branching missions and alternate endings.  The developers are using the ill-fated TV series Firefly as inspiration and even have the show’s composer, Greg Edmonson, creating the game’s soundtrack.  The dev team is made up of seasoned programmers who have worked on games such as Sine Mora, The Witcher 2: Assassins of Kings and the Dreamcast version of Ecco the Dolphin.

Upon release, the game will initially be available on Steam or DRM-Free for Windows only.  There are stretch goals to bring the game to PS4 and Xbox One, so there might also be a chance of seeing Mac and/or Linux versions.  Rewards include digital and physical copies of the game, a backer-exclusive “Pilot” episode, and even a LEGO Technic set to build the robotic horse vehicle.  There is still plenty of time to support this campaign, but their goal is rather lofty, so back them early and share the news where you can!

Of the games we featured in September, Tsioque, SnarfQuest Tales and Everspace were successfully funded!  Unfortunately, Judgement of Rage and Rogue Invader were not as lucky.  The developers of Judgement of Rage are continuing development on the game and will be using what they learned during their campaign to make another attempt some time next year.  The campaign for Rogue Invader was really only for enhancements to the game, so the basic version is still projected for release later this year.  Of course, I will be sure to let you all know about any further updates on these projects.  In closing, and on behalf of all of these projects and their development teams, I thank you for your time and your continued support.  I will see you all again in November!