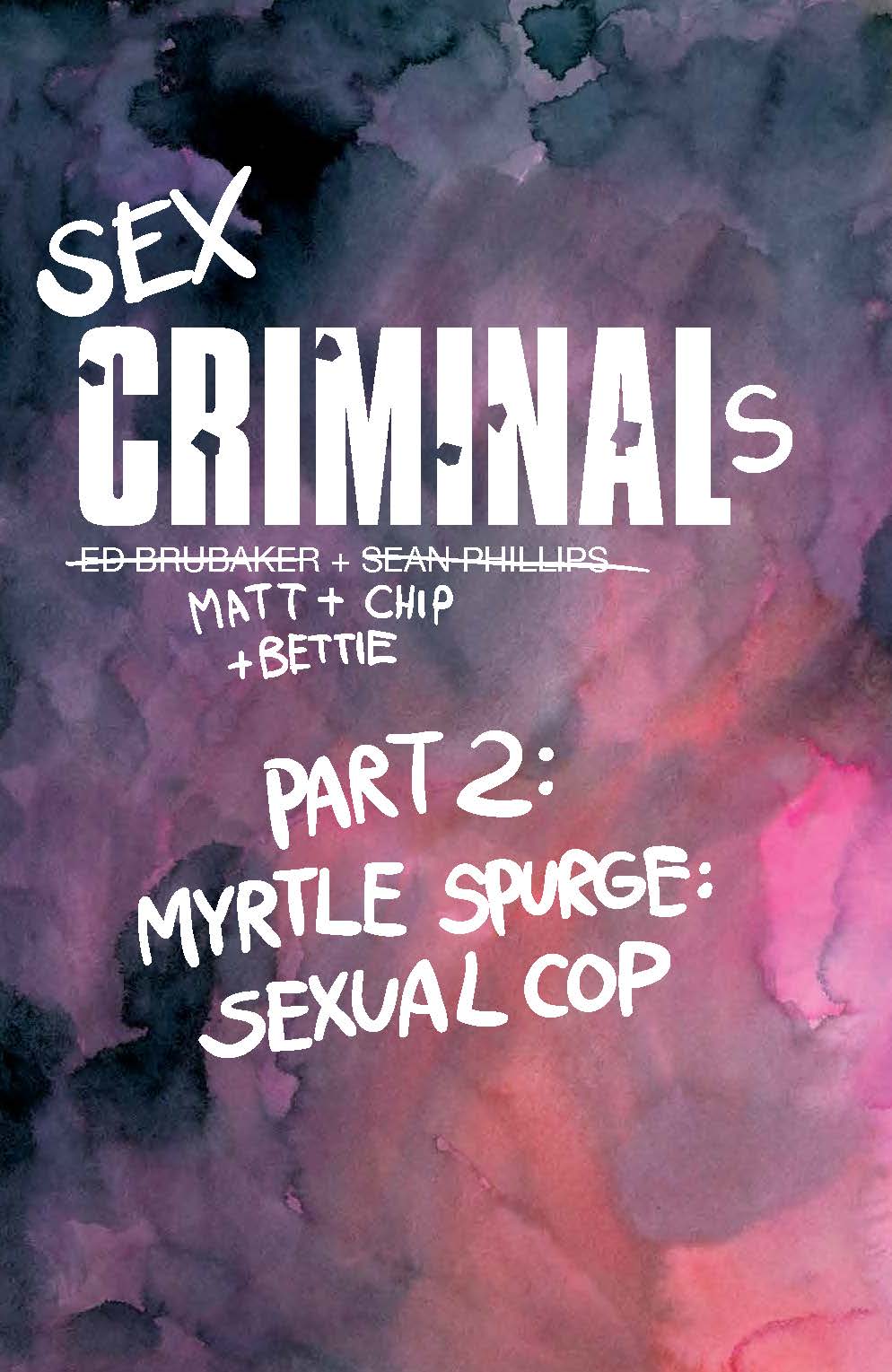 John and Suzie take a backseat as we explore the beginnings of another character endowed with the powers of our heroes. Sex Criminals last left us with Myrtle Spurge, Sexual Cop, stealing the psychiatric records of John for a reason not yet known to readers (but presumably involving a giant black cube).

In issue #17, “The Skell” we step away from the main arc to listen to Myrtle as she follows a new addition to the world: Todd Stubaker. Here we see another origin story similar to that of John and Suzie. Myrtle refers to him as a “Skell,” another member of the sexual society that can stop time at the moment of orgasm.

Flashback panels show Stubaker’s childhood and Myrtle’s voice-over explains that the Skell was a man on a road to sexual dysfunction from early on. Stubaker’s mother is described as having “dominion over her domestic domicile” and this is shown through her son’s constant cowering under the kitchen table. Desperate for motherly love, he begins small, at first using his mother’s guilt over broken toys to receive physical comfort. As he gets older his attention seeking behavior becomes more apparent and he soon realizes what is driving his sexuality. His quest for sympathy and victimization is made apparent through various high school rituals, visits to a dominatrix, and finally comes to a head as he gets affection from strangers after he drops his groceries. Stubaker achieves “satisfaction” while being comforted as the strangers play into his need for victimization. Much like the X-men universe this event triggers the manifestation of his powers. 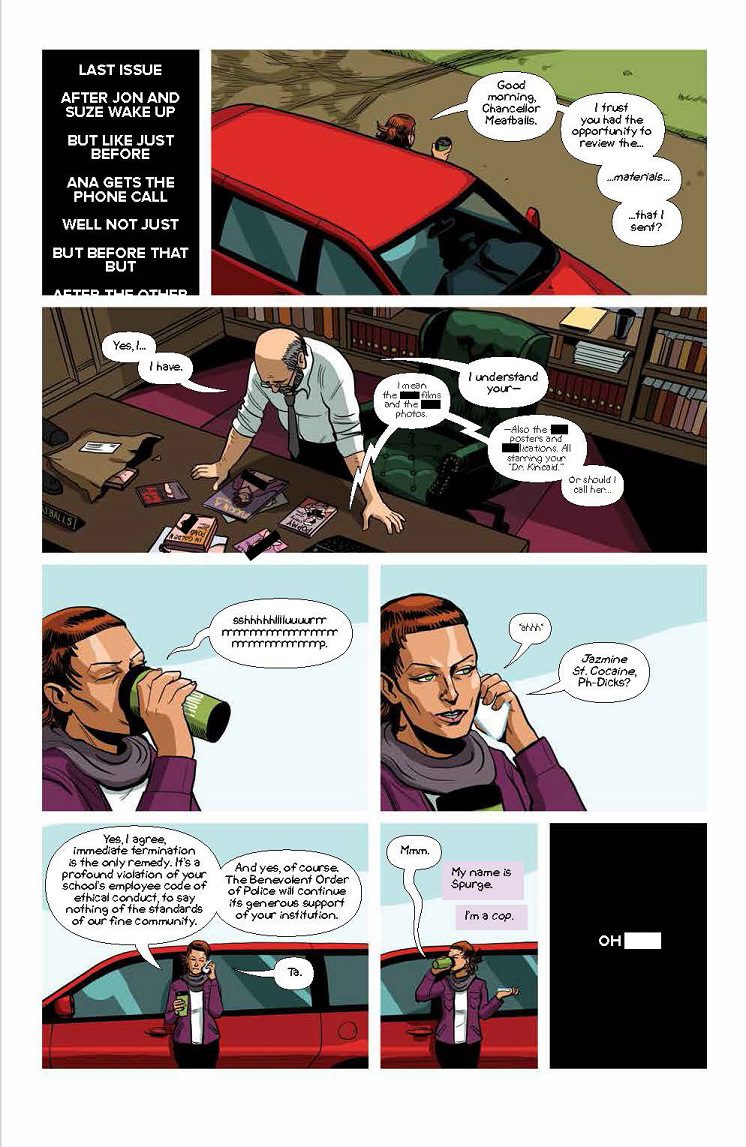 Have you seen this:
Gunslinger Spawn #1 (REVIEW)

A pillar of Sex Criminals as a whole has been its analysis into psycho sexual behavior paired with graphic dialogue and content. Each character gets a detailed backstory showing how they came to the realization of their powers. Often this is found through an examination of sexual politics and preferences that drive the characters on a journey of self-discovery outside of social norms. Stubaker’s story follows this formula however his powers are manifesting in a different way and for different reasons than we’ve previously seen. When Stubaker enters what our heroes call “The Quiet” we see that his climax generates small dwarf like creatures that are totems for….sensitive body parts. The purpose of the totems remains unclear but will be interesting to see as Fraction and Zdarsky move back to the main arc with Suzie, John, and Myrtle.

I continue to be impressed with the quality output from Fraction. Well into its fourth arc the stories continue to be captivating and show promise for what’s to come. Reminder that these are not for the faint of heart or easily offended but they’re definitely worth a read if you’re looking for something outside of the super hero norm.