Despite new word that the Fox/Disney merger will likely close by January 1st, there is little sign that Marvel Studios is looking to rush into making Fantastic Four or X-Men movies anytime soon.

They currently have Black Widow, Guardians of The Galaxy 3, and The Eternals all expected to shoot between 2019-2020. Unannounced sequels could also be made official soon after the release of Avengers 4 including Doctor Strange 2, Black Panther 2, Captain Marvel 2, Spider-Man 3, and Ant-Man 3.

Rumors also suggest a possible project based on the Dark Avengers.

There doesn’t seem much wiggle-room to rush X-Men and Fantastic Four before 2021-2022, even if fans really want to see Avengers 4 to introduce a new cast. That idea is highly unrealistic for a multitude of reasons. 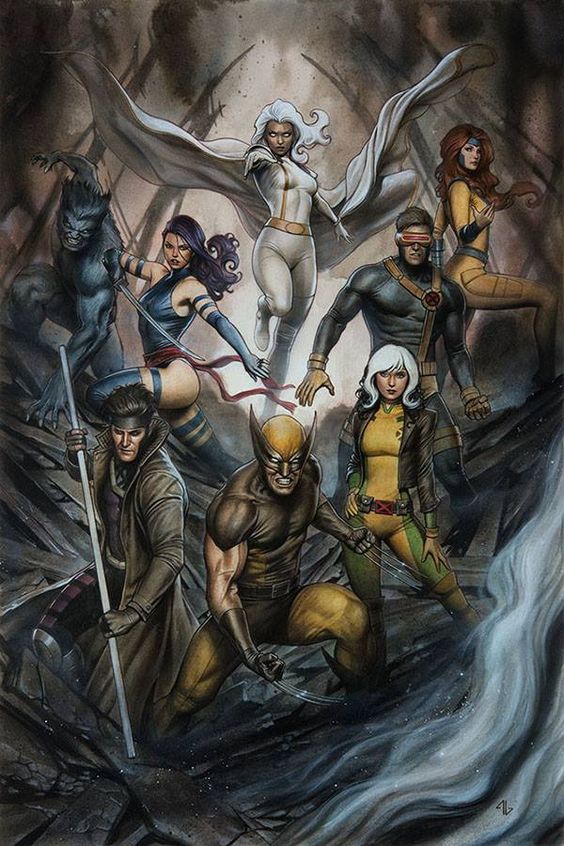 First, Marvel Studios isn’t going to rush casting characters for a brief button scene or cameo, when said actors would be expected to be playing those heroes for possibly ten years. Their hands would also be tied to only cast people that were available for the filming of this arbitrary sequence.

Disney is also said to be giving Fox a window to finish-up and release whatever X-Men projects they’re able to get out there. I don’t see Marvel adding the X-Men to the MCU when they’re going to recast the entire lineup (possibly excluding Deadpool) when Fox is about to release Dark Phoenix and New Mutants in the summer.

Marvel Studios isn’t looking to confuse audiences and mix up their brand.

I get the impression they’ll try to explain the mutant gene in The Eternals and then some event could bring the mutant population to the forefront in the MCU. That would need some time to explain/setup and allow Eternals be released in theatres if the connection will be established in that movie.

You’d also need extra time to cast all of those X-Men characters considering how many mutants they could end up placing on that lineup, Marvel isn’t known to rush their casting process they’re usually pretty meticulous. All you have to do is look at the extensive search Marvel undertook to find actors to play Spider-Man, Ant-Man, Star-Lord, Doctor Strange, Bruce Banner/Hulk, Captain America, and Thor.

The Russo Brothers are arguably the biggest asset that Marvel Studios currently has in their back-pocket. They are expected to take a well deserved break after shooting Avengers: Infinity War and Avengers 4 back-to-back. They already helped introduce the MCU version of Spider-Man in Captain America: Civil War, they could also help usher-in the X-Men down the line as well.

The key thing about X-Men is that a lot of them will most likely end up getting spin-off solo movies, making

Allowing them a good chunk of time off for vacation and possibly make a smaller film, is sort of what we are expecting.

However, they’ve left the window open to return to Marvel in the future. As Joe Russo said while speaking with ScreenRant suggesting the merger allows them to play with a bunch of new characters previously unavailable to them.

“Not yet. We love Marvel, that amazing experience with them and Disney. We love comic books. We love telling these stories. Obviously, the Fox / Disney mergers is incredibly exciting to us as comic book fans. We’re just trying to get Avengers 4 done and then, you know, we’d love to work with those guys again.”

They had also mentioned to GamesRadar a desire to get to tackle Wolverine and now that will be a possibility for them.

Avengers: Infinity War has a smorgasbord of superheroes to choose from, we know that already. But there were some (for one reason or another *cough* hurry up, Fox *cough*) which couldn’t make it into the movie. Which ones would the directors have loved to have seen make an appearance? I put that exact question to the Russo Brothers when we spoke about the upcoming Avengers 3 – and got an interesting response.

“Let’s open it up to favourite Marvel characters,” begins Joe Russo, at once wanting to be diplomatic to my teasing question and also (probably) mindful of not giving away any future plans.

“It would probably be Wolverine,” says the elder Russo. When I remind him that, with a Fox deal potentially on the horizon, we could be getting it sooner rather than later, Anthony swoops in and says “Yeah, maybe one day…”

They’re able to handle massive casts and characters with varying powers, making them an excellent choice to introduce the X-Men into the MCU, as least in my opinion.\

I have an assumption that Kevin Feige knows how important it is to make sure the MCU version of these characters and will want established in-house directors to tackle the reboot, which is why I think the Russos are the best pick.

Only time will tell what Marvel studios will actually do here.