Should ‘Pirates of The Caribbean 6’ Have Park Character Redd As The New Franchise Lead?

The other day we revealed that Disney might be waiting a while before they shoot Pirates of The Caribbean 6, but the project is indeed in development.

We pointed out how Johnny Depp’s multiple assault allegations will likely force Disney’s hand to remove him, as the firing of James Gunn leaves little wiggle-room to keep future actors/directors around if they’re potentially committing crimes, not just joking about them. The company is already being called hypocritical for the firing.

The massive $250 million drop between installments might also be a huge contributing factor to find a way to adjust the franchise as well.

While we previously suggested promoting existing characters to main leads, there is potentially another way to go. Give one of the characters from the actual ride a leading role. Disney recently revamped the character known as Redd from the Pirates of the Caribbean ride and she even made her debut as a park character.

There is also another female pirate they could pivot to and this one really existed.

Anne Bonny, a real-life Irish female pirate that operated in the Caribbean and actually has ties to the franchise. Anne was featured in the novel On Stranger Tides, which the film was adapted from. There is also fictional version of Bonny played by Clara Paget on the series Black Sails. A lot of the lore concerning female pirates hasn’t really been mined and could be a way to give the next film new energy.

Bonny could easily be the inspiration for Redd as the park character uses an Irish accent. Keep in mind, park actors aren’t professional film actors. 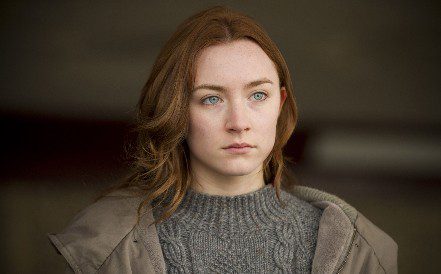 Number one that comes to mind is Irish actress Saoirse Ronan, an Oscar nominee who proved herself capable of action roles with her film Hannah and comedic timing with projects like The Grand Budapest Hotel and Ladybird. She remains a huge talent that hasn’t exactly dabbled often in the realm of franchise roles which sort of makes her an excellent choice for Disney to consider.

Two other actresses I’d love to see in this hypothetical role are already well established at Disney with Emily Blunt (Mary Poppins, Into The Woods, Sicario, Edge of Tomorrow) and Karen Gillan (Guardians of The Galaxy, Avengers: Infinity War, Avengers 4, Jumanji: Welcome To The Jungle). Blunt is already making a film with them based on a ride with Jungle Cruise with Dwayne Johnson.

Like I said, it’s just a personal speculation but it’s a good way for Disney to keep things moving without Depp. We’ve also seen the studio beefing-up it’s lineup of female driven projects and it might be one way to keep the profitable franchise alive.