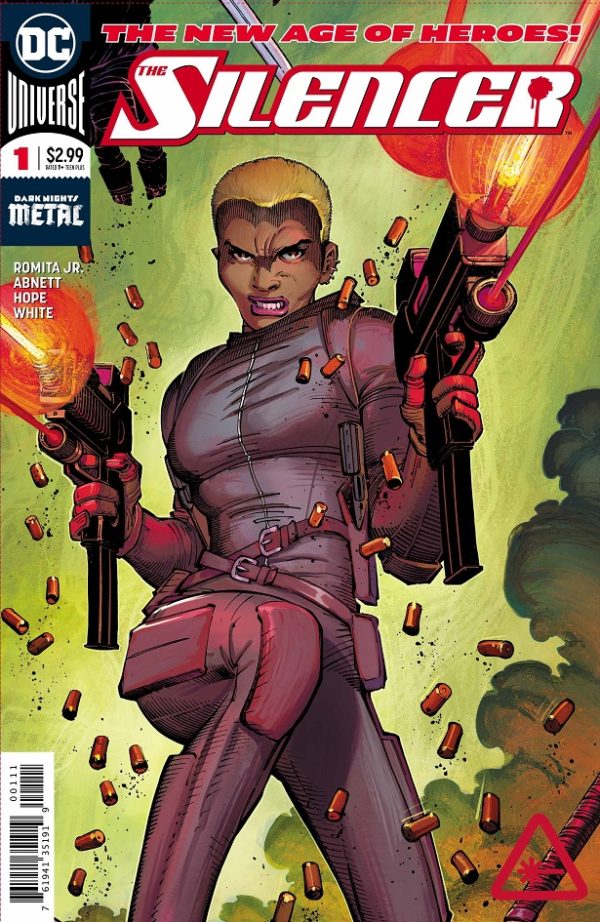 In a diner on the outskirts of Charleston, a woman is confronting someone she feels is responsible for what is happening in her life. As she confronts the unknown person at the other end of her gun, the scene shifts back to a week earlier and a woman named Honor is grocery shopping with her young son and as she puts her groceries in the car, she’s confronted by a mountain of a man who was sent to bring her in. Wanting to hold onto her ordinary life, Honor decides to fight back. 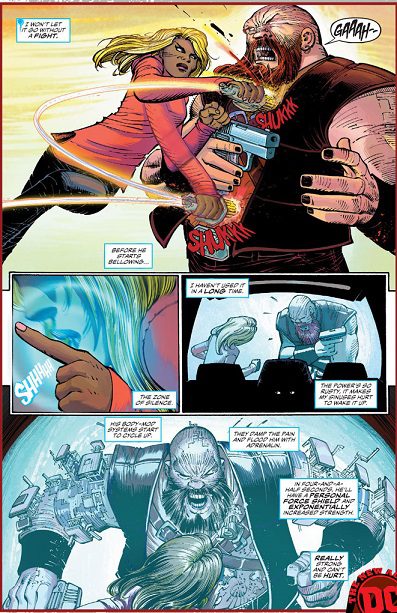 Honor has the ability to create a zone of silence between herself and her target and she uses it to her advantage to take out the threat without anyone, including her son, noticing the sound. She returns to her home to find her husband making dinner and she settles back into the quiet suburban existence that she is trying to protect. Unfortunately, that quiet doesn’t last too long as the family receives an unexpected visitor named Talia Al Ghul. As the two women reminisce about old times, Talia reveals some of their history and warns Honor that her past is coming back to kill her.

The first issue of the Silencer is well done. It’s well plotted by Abnett and it does a great job of setting up the characters, the internal and external conflicts and connecting the main character to the DC universe as a whole. Honor is an interesting character so far and her personal life looks to make for some compelling storytelling. Romita Jr’s art is great and I love the subtle details in the camera angles. There are some great spy-thriller style shots that hopefully don’t get overlooked by the casual reader. An interesting first issue with a lot of potential story-wise.