Just in time for Infinity War, the Iron Spider Sixth Scale Figure from Hot Toys is now available for Pre-Order.

“Oh, we’re using our made-up names? In that case, I am Spider-Man.”

The friendly neighborhood Spider-Man will have to use his wit, strength, and Spider-Sense to help the other heroes stop Thanos from enacting his master plan to collect all the powerful Infinity Stones.

The Marvel Cinematic Universe has led up to the massive battle in the blockbuster film Avengers: Infinity War. Sideshow and Hot Toys have announced the Iron Spider Sixth Scale Collectible Figure!

Have you seen this:
Diamond Select Offers Superman and LOTR figures

Power up your entire Marvel Cinematic Universe collection with this young Spidey in his new suit from Avengers: Infinity War! 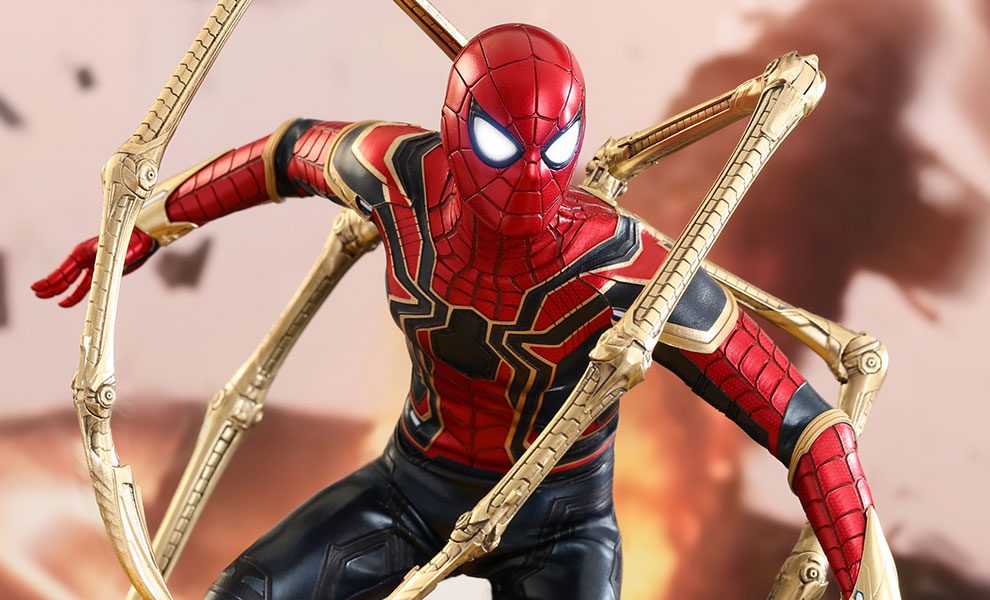 Check out the full Gallery below and be sure to Pre-order your Iron Spider at Sideshow Collectibles.