So Many Lies in Arrow 5X14 REVIEW

This episode opens with Oliver paying a visit to the suspected mother of Prometheus in an attempt to find him before he strikes again. After striking out on that front, Oliver then heads back to Star City where his girlfriend, reporter Susan Williams (played by Carly Pope), confronts him and asks if he is the Green Arrow. Unfortunately the revelation that Susan is on to the possibility of his secret identity is the least of Oliver’s problems. China White, Cupid and Liza Warner have broken out of Iron Heights and are looking for Tobias Church’s cash stash . As if all of this wasn’t enough, the ACU is after Green Arrow after Prometheus tips them off that HE is the one who killed SCPD detective Billy Malone. 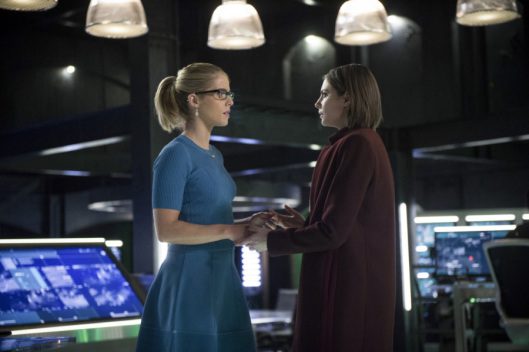 In an attempt to try to fix the Susan Williams problem, Thea goes to see Felicity and hatches a plot to hack Susan’s computer to discredit her as a means of preventing her story about Oliver being Green Arrow from coming out. When Susan gets fired, an enraged Oliver confronts Thea over what she did. All of this is ties in to the flashback sequences of Oliver’s time with the Bratva where he is told a story about what a Sin-Eater is. All of this, as usual, ties back into the overarching theme. Along the way we get to see Dinah get sworn in as Star City’s newest police officer and, best of all, Mr. Terrific’s costume gets an upgrade in the form of a comic-accurate “Fair Play” jacket (kevlar lined, of course.) 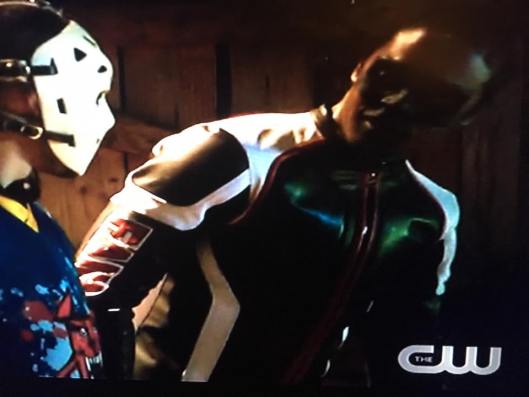 All-in-all, this was a solid episode with a lot of great action that sees a HUGE problem for Oliver as the life he has built over the past 5 years slowly begins to crumble out from beneath him. I always love seeing Cupid (Amy Gumenick) on the show and it was also nice to see Thea (Willa Holland) get some more screen time as she hasn’t seemed to be as present since the 100th episode.