In the summer of 2015, StarWars.com officially announced that the long-rumored Han Solo origin film would be coming to theaters in 2018. And with a collective groan, the Internet wondered: was this even needed. Skepticism over the movie’s development only rose after directors Christopher Miller and Phil Lord, were let go mid-shoot. Eventually, Solo: A Star Wars Story would gain acclaimed director Ron Howard, and release a few captivating trailers. A strong marketing push and the rising popularity of Lando actor, Donald Glover, only raised expectations further. So, now after seeing the film, I can finally answer the question: was this film needed? The answer is without a doubt, YES. The movie has its faults and is a bit long-winded, but this movie will convert any skeptic on the potential of a Han Solo franchise, which no doubt was the goal.

Solo: A Star Wars Story starts off with shades of a sci-fi romance but eventually becomes the story of a man who’s lived a rough life yet still has enough trust and optimism to have chipped away. The first act was the weakest, but it gets better and better as it moves along. By the ending of the final act, the film had hit full stride and was as good as any Star Wars film released since Force Awakens. The pacing issues hurt, I think even the biggest fan will feel like the movie lasted forever. There are some great action scenes spread throughout the movie, but it dragged at times, though it was never boring and actually a lot of fun. 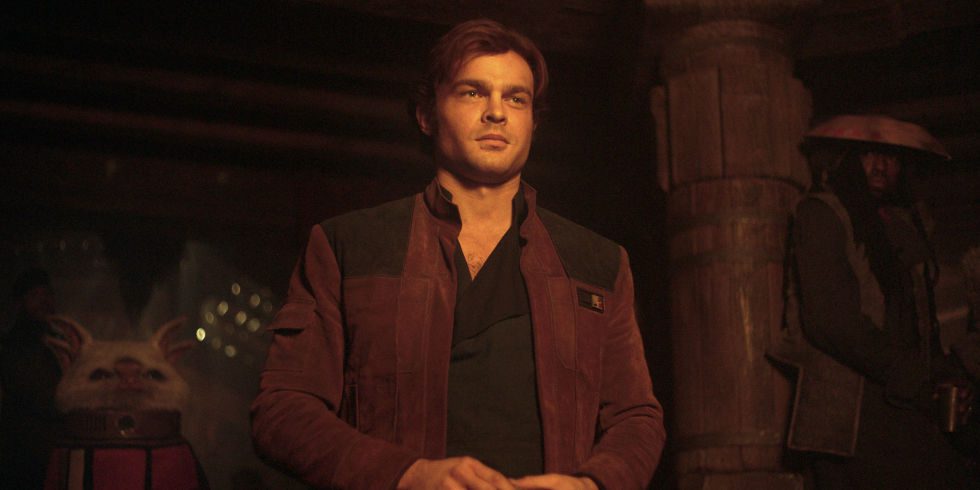 There were moments where it felt like the father and son screenwriting duo, Lawrence and Jon Kasdan, were checking boxes for story beats they needed to include. But the strength of this film lies in its great character work.

It didn’t take long for the movie to convince you Alden Ehrenreich was Han Solo, by the time Joonas Suotamo’s Chewbacca shows you’re already sold. Their strong bond clicks quickly and believable. Their first meeting was more brutal an experience than expected. Becket who was played by Woody Harrelson was more subdued than expected. He and Thandie Newton’s Val weren’t very rough around the edges considering who they are and what they do.

Donald Glover was as perfect a Lando that you can get, unfortunately, the film doesn’t really give him enough to do. Though his actions don’t fit his character. Without spoiling anything, he goes along with things far longer than he should have. His relationship with L3-37 was one of the highlights of the movie. She was like no droid we’ve ever encountered in this universe, and her and Lando were scene stealers. Paul Bettany’s Dryden Vos was an adequate villain that hinged on the development of Qi’ra, which isn’t a bad thing. Emilia Clarke did a wonderful job with Qi’ra, a character that is more complex than we are lead to believe. She had good chemistry with Han. You’re really left wanting to see more of everyone, though that’s not going to happen.

I can’t compare what Ron Howard did with what the previous directors would have done because we just don’t know what was changed. We do know that most of the movie was reshot by him and what we got was pretty good. Characters were well developed and the film looked amazing, kudos to cinematographer Bradford Young(Selma, Arrival) for that. Also, I loved all the costumes, everyone looked like a million bucks. The pacing though is a criticism Howard has to eat, but it doesn’t feel like a movie that was reshot. The same can’t be said for John Powell’s score. It’s like the film music couldn’t decide what it wanted to be. There were moments it was great but then there were other parts that just jarred you out of the movie. It wasn’t bad but it wasn’t great. 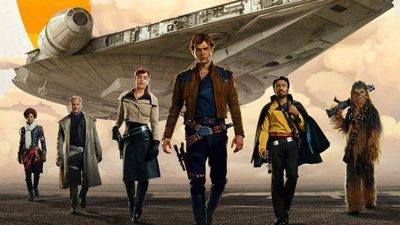 There was a lot more good than bad when it comes to Solo. The film meanders but what it excels at was character development and selling me on wanting to see more adventures featuring Han Solo. There aren’t many, but when one hits, it is powerful and will leave you talking long after you’ve left the theater. With great action scenes that reminded me of the old Star Tours ride at Disneyland, and with teases of something big on the horizon, I want a sequel sooner rather than later. It has its flaws, and most of them could probably be attributed to the movie wanting to set the table for future films, but it won’t take away from the fun you’ll have while watching this film. It’s not exceptional until the very end, but it should be good enough for most fans.

The movie leaves something to be desired, but it was still a pretty good movie that introduced some incredibly strong new characters. With that said, the ending was phenomenal and features an amazing surprise you probably won’t see coming.