Sonic returns to his roots in “Sonic: Mega Drive” Issue #1 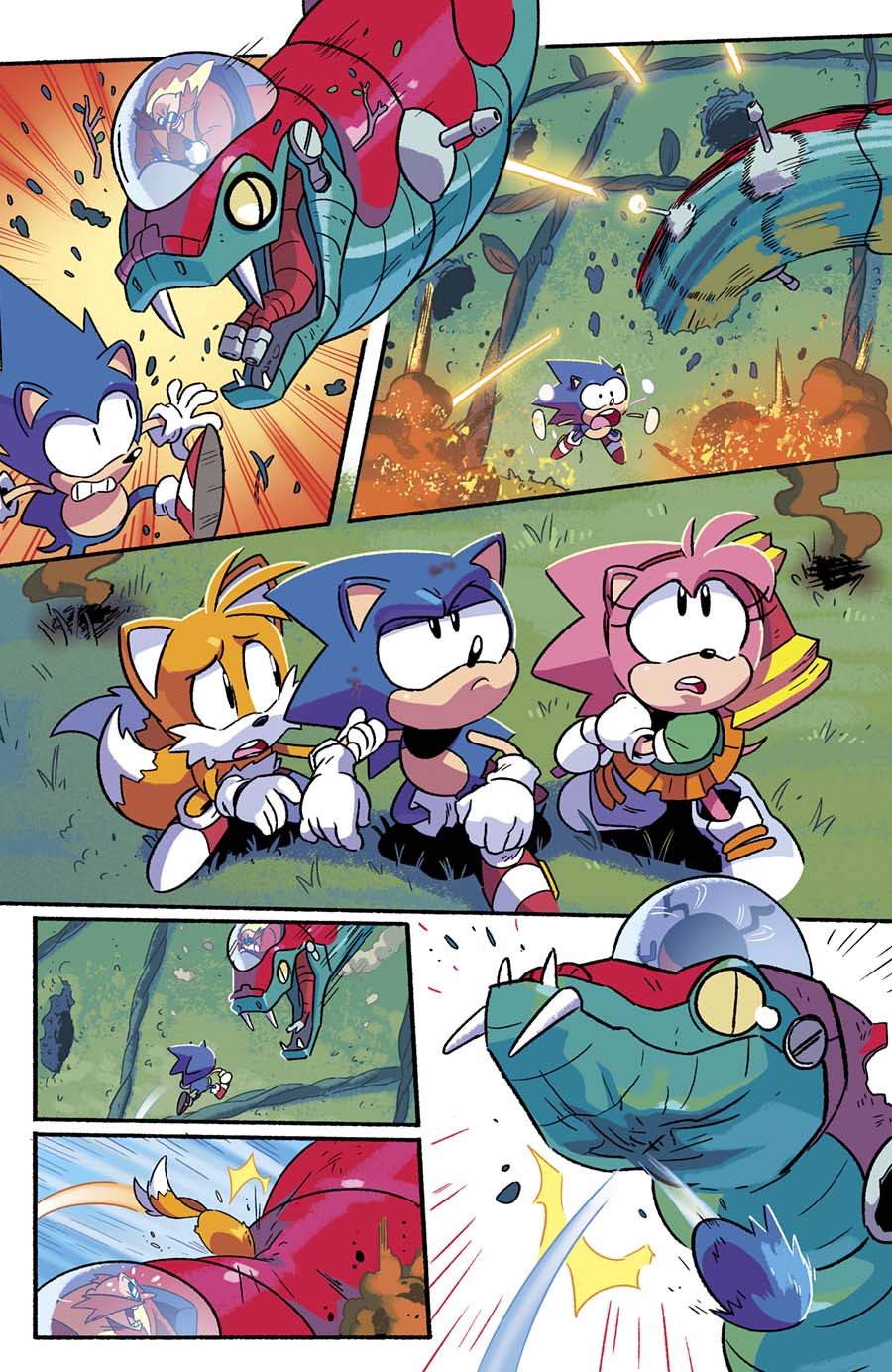 Sonic: Mega Drive issue 1 is what Sonic fans are looking for in a reboot! Character designs are from the original three games and Saturday morning cartoon’s bright ’80s and ’90s color palette. This is a fun and goofy comic book to read. Reading this felt like watching some old-school Sonic gameplay action. When Sonic gets hit, he loses rings! Enemies are animals trapped inside robots. After a couple of panels, Sonic defeats Eggman and releases a bunch of captured animals just like in the original games. Did somebody say nostalgia galore?

If the artwork and goofy comedic lines don’t hook you, then maybe the fact this comic has all the classic game characters in it will. Sonic, Tails, Amy, Eggman, and Knuckles all appear. There are no Freedom Fighters, Shadow, or extended Sonic Universe characters, and I am just fine with that! This comic is meant to be about what the games and original comics started out as: funny, light humor and high-speed action. The funniest part of the comic I won’t spoil too much, but Knuckles is a knucklehead as usual!

The only part of the comic I wish could be better is if it was longer. I felt the comic had a lot of advertisements. I understand Archie is trying to push sales, especially for the not very popular Mega Man and Sonic crossover. I feel a little bit of an Eggman or a Sonic backstory would have been better than the four double-sided pages of advertisement. Especially since we have to wait all the way until November for the next issue!