Shhhhhh….another Whisperer is coming to ‘The Walking Dead.’ 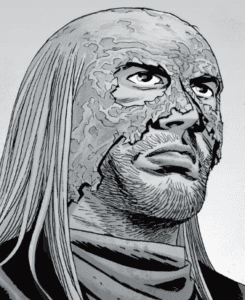 ‘Bates Motel’ and ‘Remember The Titans’ star Ryan Hurst has joined the ninth season of AMC’s post-apocalyptic drama ‘The Walking Dead’ as Beta, the second-in-command to Alpha, leader of the Whisperers.

In the comics, the Whisperers are a group of savage people that wear the skin of the walkers and move among them in herds, communicating in a low whisper. They are primal, feral people, and the show is about to get a whole lot more gruesome, but no spoilers here.

Samantha Morton will play Alpha, with Cassady McClincy playing her daughter Lydia, who is a love interest for Carl in the comics, but it’s incredibly unlikely we’ll see that in the show given the events that transpired last season.