Spawn Kills Everyone Too #3 REVIEW 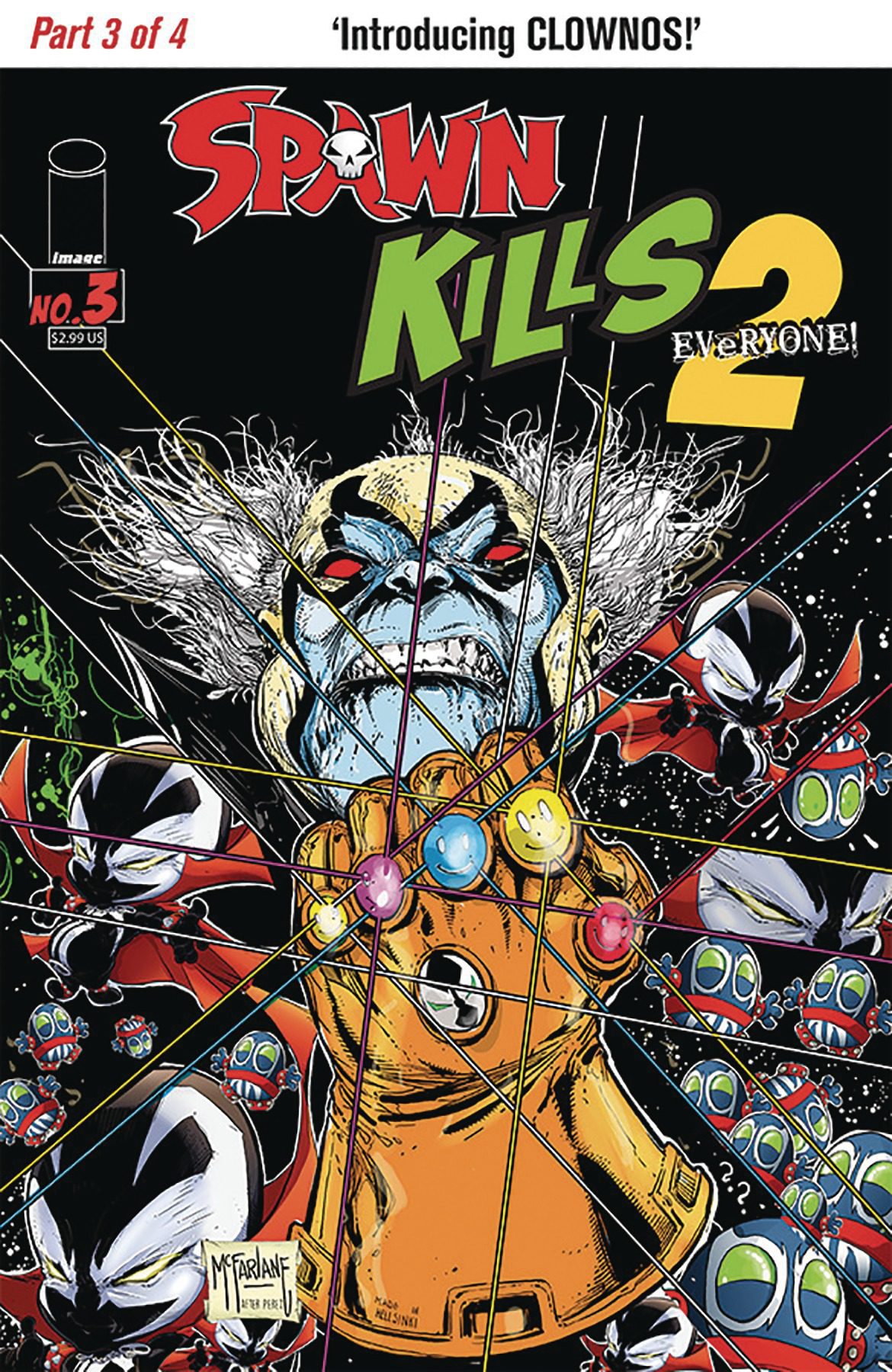 Spawn Kills Everyone Too #3
Image Comics

Written by: Todd McFarlane
Art by: Will Robson
Colors by: Greg Menzie
Letters by: Tom Orzechowski

If you’re still waiting for badass Spawn to burst out of the shadows and kill everyone, you’re going to be disappointed. However, if you made it through the first two issues of Spawn Kills Everyone Too #2 and accept the series for what it is, then you’ll like #3.

Now, the comedy centered around Spawn being a loser isn’t necessarily the best. In fact, you could do this series with pretty much anyone else the way Todd McFarlane has written this. But that seems to be the point. Because if this was big and terrifying Al Simmons, this would all be a bit more graphic than Spawn Kills Everyone Too #3 already was.

The strength in this issue, much like the last one, is the narration surrounding each kill. How Spawn’s babies kill everyone is funny at times, but the manner in which McFarlane mocks them is the best part of the book. And there’s no better example than when Spawn’s babies took out  “the man with bat ears.”

Also, it’s great to see just how many characters Spawn “killed.” You’ve got wizards, bounty hunters, robotic police officers, humanlike cats and what appears to be a mercenary who has a rather larger mouth. He has a wide reach, wider than initially expected, which is a nice surprise.

Based on the way things end, it appears Spawn may have to get his hands dirty next issue, finally. Hopefully, he finally gets after it and can actually kill one character for himself.

Lastly, the art from Will Robson and Greg Menzie has been great throughout the series. They’ve been a perfect reflection of the story McFarlane’s been telling throughout the miniseries. And their renditions of the characters Spawn has killed are great. (In a good way, I still can’t get over Captain Canada from Spawn Kills Everyone Too #3.)