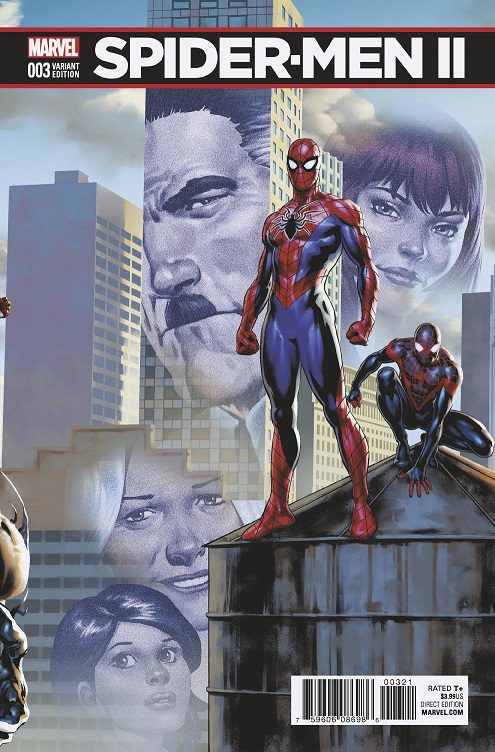 The last two issues have found Peter and Miles dealing with the alternative dimensions, Taskmaster and more. We’ve meet Miles Morales of earth 616 and he is not to be messed with. Bendis has an interesting story to tell one that has been highly sought after. Were about half way in and we have more questions than answers.

Opening with Kingpin being locked up years ago.  He is corned at in the cafeteria by a man named Small Hands. When Hands attempts to threaten him, Kingpin bites and rips his nose clean off before being separated by guards. He is then put with his new cellmate, Miles Morales. Fisk tells Morales he’s here for him and they will be out by the weekend. Soon after Small Hands finds Fisk in the shower alone, he attempts to kill him, in the process slices him multiple times. Before delivering the killing blow, Small Hands and stab through the back and killed by Miles Morales. In his death moment, Hands slices Miles across the face leaving a scar over his 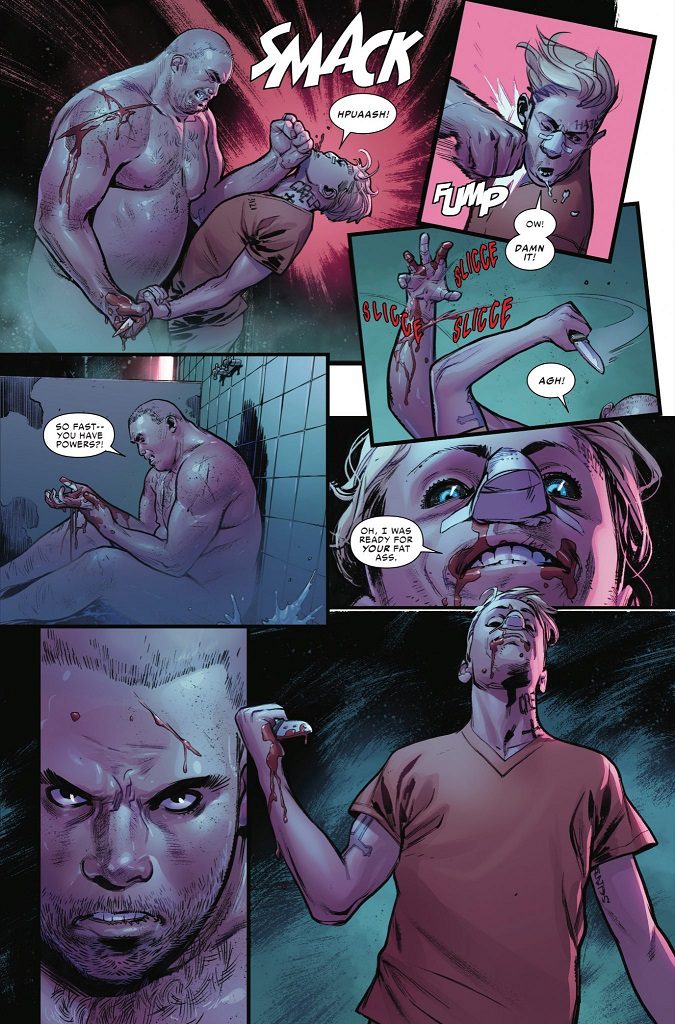 Years later we see Miles meeting a girl named Barbara for a date. At first, she is nervous about his scar but once he opens up the two hit off. Then we see Miles come to Fisk asking to be able to be with Barbara and disappear. Fisk has a guy and sets it up to look like Miles Morales and Barbara never existed.

This issue was designed to give us the backstory on Miles Morales and his connection to Kingpin. This is accomplished with jumps through time showing us the main things we need, his scar, how he got in the business, and how he vanished. So far Bendis has been doing a great job with Spider-Men, not quite as good as the original but it’s rare when a sequel surpasses the original. I still highly recommend this, especially to any fan of Miles or Ultimate Spider-Man.